Sean Bean steps aboard as a showy and chaotic Big Bad in season 2 of TNT's post-apocalyptic drama series.

Sci-fi series Snowpiercer has exercised a proven tactic in upping the genre stakes as it moves into its second season: It’s added Sean Bean to the mix.

According to series star Daveed Diggs, who plays underdog hero Andre Layton in the returning TNT series, Bean’s sinister character is a different kind of villain.

“The charisma that he exudes is a very difficult thing to fight,” Diggs told Rotten Tomatoes about Bean’s Mr. Wilford.

The charismatic villain is the man whose company built this high-speed train before the Freeze turned the planet into an uninhabitable ball of ice. Up until now, we were led to believe Wilford was dead; season 1 revealed that Melanie Cavill (Jennifer Connelly) controlled the vessel, while perpetuating the appearance that Wilford was alive and running the train. By the end of season 1, we discover that Wilford was indeed still alive and all this time had been plotting a vengeful course back to Snowpiercer aboard a supply train named “Big Alice.”

In a politically tremulous atmosphere on Snowpiercer after a revolution and casualties, the hard-fought new world order erupts into chaos once again when Big Alice and Snowpiercer meet. 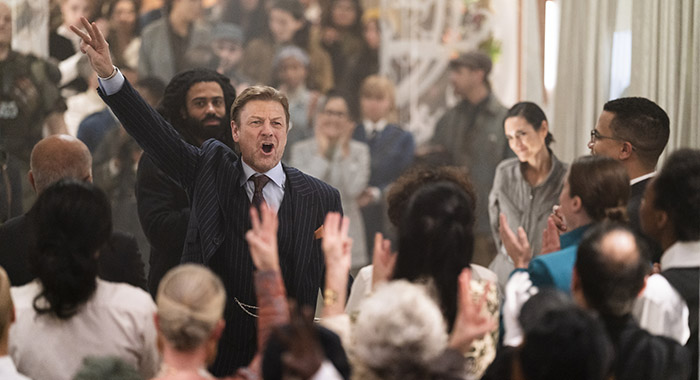 There’s a joke that makes fun of the number of times Game Of Thrones alum Bean has died on-screen (think GOT, GoldenEye, Lord of the Rings, and more). That’s all in the past, though; if Bean’s performance as the new big bad in Snowpiercer is an example of anything, it’s that the actor is wonderfully alive in this deliciously evil role.

“Sean brings such an incredible energy to the character,” Diggs explained.

Connelly added: “His performances are so fearless. They’re so unhinged. He seems to be having a blast playing that part. He’s a showman.”

The stage has been set, and now that Wilford is back, he’ll definitely be gunning to take back what he believes is rightfully his: Snowpiercer, the train that Melanie took from him all those years ago. So he’s not exactly wrong, but his coup attempt won’t be so simple.

“Make no mistake, he is really not out for the wellbeing of the train,” Connelly said. “Melanie knows that. And that’s the reason why, ultimately, she took the train from him. She knew he didn’t have the train’s, and the passengers’, best interests in mind.” 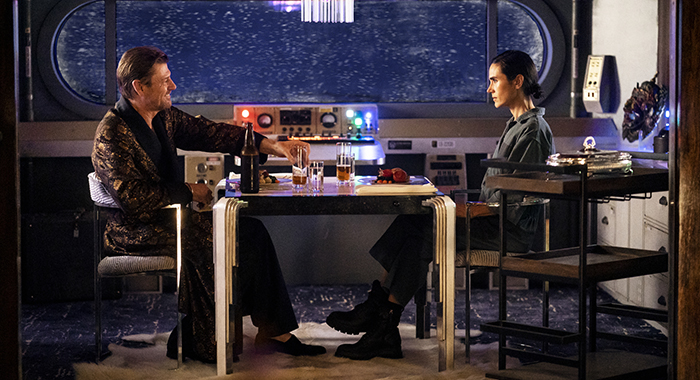 It was an arduous uphill battle for Diggs’ Andre Layton throughout the first season, as he laid the groundwork for the “Tailie revolution” (the uprising of those in Third Class). The fight for equality amid the array of racism, classism, and sexism put Layton in a strong, albeit unexpected, position of leadership. But now that he’s gained some semblance of the power, the way forward is as complex as it is uncertain. What exactly is the best way to deal with a megalomaniac, anyway?

“He is used to appealing to this idea of what is the right thing to do, in terms of winning people over to his side,” Diggs said. “But now, what he’s met with on the train is a bunch of people who’ve been promised a whole bunch of things by somebody who looks like they are the beneficiary of a whole bunch of those things. In a battle of hearts and minds, that’s a tricky foe to come up against.”

With a pause and a laugh, Diggs added: “Wilford is not actually concerned with people, but people still love him. How hard is that? And how familiar is that?”

Wilford’s introduction to the series throws a lot of things off-kilter, but it also helps to forge new partnerships that were unthinkable just one year ago. If there’s truth to the phrase, “the enemy of my enemy is my friend,” then the partnership of former foes, Layton and Melanie, makes complete sense. After all, their common goal is to protect the train, and its citizens, no matter the cost. 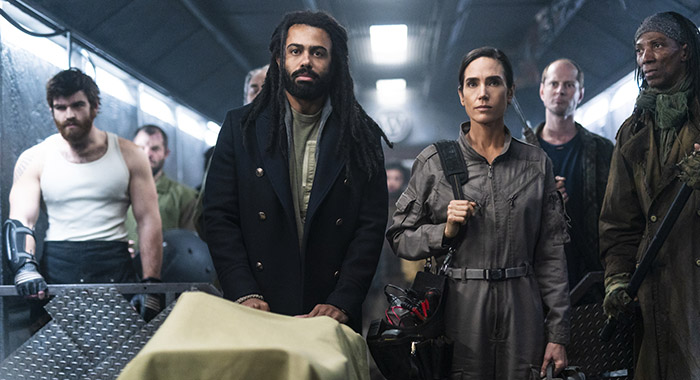 “Adding Melanie into that fold as someone that Layton ends up caring about is a dangerous thing to do on an emotional level,” Diggs added. “Then, the realization that, if Layton’s new government is one that respects the science of the thing, which is really what Melanie represents, and what she understands better than anybody, she could, in fact, actually build the train.”

One thing Melanie didn’t account for when she stole Snowpiercer was the problematic system that was already in place — and as Connelly explained, it was one riddled with a whole bunch of societal issues and corruption. That foundation absolutely encouraged her own heinous behavior in season 1, and it’s what ended up sparking the Tailie uprising that put Layton on her radar.

“The train called for change, and I think there was a hell of a lot about that system that she didn’t agree with, and she didn’t like,” she continued. “I don’t think that, in reality, her politics were so far off from Layton’s. He was sort of a catalyst for her to recognize that she was sort of tuning out so much, and it was at such a great cost.”

As Diggs points out, that choice comes with a fair share of repercussions: “This person who had been an enemy for so long has to become someone that Layton is choosing to side with over people who have been friends of his. And that’s tough.”

It’s a challenging move but the partnership strengthens them both, and that support structure is something Melanie needs going into these new episodes; not only does Wilford represent a threat to the health of the train and its people, his re-emergence brings back a whole load of unresolved trauma from Melanie’s past. 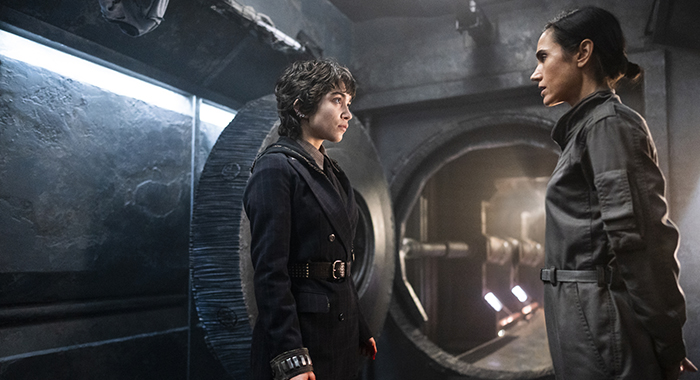 Melanie’s long-estranged daughter Alexandra Cavill (Rowan Blanchard) is also along for the ride. Melanie believed Ali was dead — having left her behind when she took over the train. But after seven years, here she suddenly is, very much alive and under the tutelage of Melanie’s greatest adversary. Talk about a complicated reunion.

“All of that stuff plays out; all of that grief, and loss, and fear, and relief, and joy, and love, and dread,” Connelly said. “I think for Melanie, she sees her daughter, and of course, she wants to resume that relationship. But she’s also mature enough to recognize that’s not the reality of their dynamic at this point. She has to earn that trust back. And it’s not going to be that simple.”

Snowpiercer season 2 premieres on Monday, January 25 at 9 p.m. on TNT.