How Family-Friendly Is The Dark Tower?

There isn’t anything new in theaters this week that’s aimed squarely at kids, but on first glance, the Stephen King adaptation The Dark Tower may look a bit like a kid-friendly fantasy adventure… albeit an intense one. Christy tells you what you need to know about it if you plan on taking the family to see it, plus offers her assessment on a couple of newly released DVDs. Read on for details.

Rating: PG-13, for thematic material including sequences of gun violence and action.

The long-awaited big-screen version of the revered Stephen King series will be too much for young viewers, yet not enough for everyone else. It’s about portals and time travel and monsters and gun battles, but while the original mythology is dense, director Nikolaj Arcel’s adaptation of it feels truncated and rushed. Idris Elba stars as the legendary Gunslinger, who’s long been searching for the devilish Man in Black (Matthew McConaughey) to keep him from destroying the Dark Tower, which stands in the middle of the universe to protect against evil forces. Only the psychically gifted Jake (Tom Taylor), a misfit Manhattan kid who’s had visions of such destruction, can save us all. While the visual effects often look muddled, the violence within them is unmistakable: vicious beasts that attack out of nowhere; fiery, hellish images of mass suffering; prolonged gun fights that result in many casualties. Children are abducted from around the world and placed in torturous devices to do The Man in Black’s bidding. Both Jake and the Gunslinger must deal with the deaths of people who are important to them. And McConaughey’s character also has psychic powers, which he usually uses to kill people. Overall, it’s not very good, but it is intense. OK for tweens and older.

Rating: PG-13, for a sexual situation, brief strong language and some thematic elements including drug use.

Tweens and up should be fine watching this thriller about the evils of the internet – although by the time they see it, they’ll probably think it’s lame and outdated. This cautionary tale, based on Dave Eggers’ bestseller, covers much of the same ground as countless technological thrillers before it. The film from director James Ponsoldt (The Spectacular Now) is glossy but ultimately feels choppy. Emma Watson stars as a wide-eyed new employee at a shiny social media behemoth called The Circle. It’s sort of like an extreme version of Google, and it’s similarly situated smack in the middle of the Bay Area. Watson’s Mae is super excited to leave her small town and take an entry-level job there, and quickly succumbs to the corporate culture of sharing everything, all the time, as the company’s gregarious CEO (Tom Hanks) instructs. But when she agrees to take part in a live experiment that destroys all notions of personal privacy, bad things happen. There’s quite a bit of language throughout, including Hanks’ use of the one F-word you’re allowed in a PG-13 movie. Mae accidentally broadcasts an embarrassing sexual situation involving her mother (Glenne Headly) and her father (Bill Paxton), who suffers from multiple sclerosis. A character dies. And there’s just general tension as Mae gets closer to the truth about the company’s intentions.

Rating: PG-13, for drug content, language and some suggestive material.

Viewers around 10 or 11 and older will be OK watching director Zach Braff’s remake of the 1979 comedy which starred George Burns, Art Carney, and Lee Strasberg as elderly, lifelong friends who rob a bank. This time, Michael Caine, Morgan Freeman, and Alan Arkin play elderly, lifelong friends who rob a bank – but instead of doing it for kicks, as the characters did in the original, these guys do it out of revenge. There’s quite a bit of language throughout, as well as gunfire – some real, some blanks. Arkin’s character engages in some hot and heavy frolicking with Ann-Margret’s character, a pretty, flirty grocery store clerk. Part of the scheme involves a medical marijuana dealer, which leads to these old-timers getting high and having the munchies. And of course, at the center of all these antics is a massive, federal crime. Going in Style offers some decent laughs here and there, and the three stars are such pros and have such lovely chemistry with each other, they’re enjoyable to watch – even if the movie itself is forgettable. 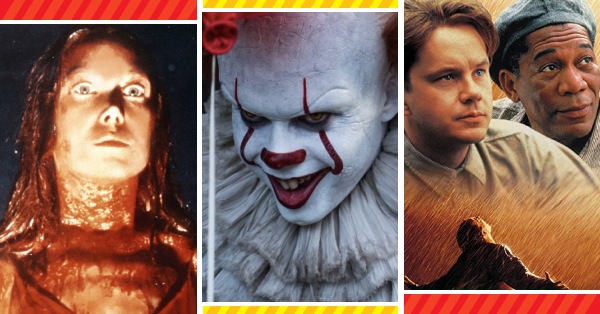