How Family-Friendly Are The Mountain Between Us and My Little Pony: The Movie?

If you’re taking the kids to the movies this weekend, there’s a decent chance you’ll be seeing My Little Pony: The Movie — no surprises there. But in the off chance you really want to see the survival romance starring Idris Elba and Kate Winslet, here’s what you’ll need to know about how age-appropriate it is. Read on for details on both, as well as a pair of new movies on DVD.

Idris Elba and Kate Winslet get stuck in the treacherous, snow-covered mountains – and fall in love – in this enjoyably soapy disaster romance. Based on the novel of the same name, The Mountain Between Us follows two strangers who charter a private plane together to avoid a storm, only to find themselves trapped when the pilot suffers a stroke at the controls. The crash itself is pretty stressful, resulting in serious injuries. The two spend weeks together struggling to return to civilization, fighting hunger, extreme cold and the occasional wild animal. (Thankfully, they have a trusty yellow Labrador at their side to protect them and look adorable.) Eventually, there’s quite a bit of kissing, undressing and the suggestion that they’ve had sex. We also see Elba’s character in the shower. And there’s some mature talk about relationships, marriage, death and starting over. I’d say this is suitable for kids around 11 or 12 and older.

The big-screen version of the long-running, animated TV series My Little Pony: Friendship is Magic will probably only seem magical for the very youngest of viewers. It’s actually a solid choice for a first theater-going experience – even though the movie itself isn’t great – because it’s colorful, lively and not terribly scary. If your kids have ever played with the My Little Pony toys, they’re probably already familiar with this world. And thematically, it couldn’t get much simpler: Friendship is powerful and kindness can change someone’s life. The ponies of Equestria must go on a journey to rescue their kidnapped princesses when a sinister force invades with plans to steal their powers. Along the way, they make new friends and burst into song. The film reunites the original television voice cast (including Tara Strong as Twilight Sparkle and Tabitha St. Germain as Rarity) alongside better-known stars including Emily Blunt, Taye Diggs, Zoe Saldana and Kristin Chenoweth. Liev Schreiber’s Storm King character might seem vaguely scary at first – he’s dark and menacing – but he ends up being silly and shticky. Fine for all ages.

Rating: PG-13, for sequences of adventure violence, and some suggestive content.

Viewers around 7 or 8 and older will be fine watching the fifth (fifth?!) movie in the Pirates of the Caribbean franchise, even if they haven’t seen the previous ones. All they need to know is that the infamous Jack Sparrow (Johnny Depp) once again drunkenly stumbles his way from one high-seas adventure to the next. This time, Jack reluctantly teams up with Henry Turner (Brenton Thwaites), son of Will Turner and Elizabeth Swann, and the scrappy astronomer Carina Smyth (Kaya Scodelario) to find the trident of Poseidon. It’s supposed to break curses, or something. Along the way, they must contend with various enemies, including old foe Captain Barbossa (Geoffrey Rush) and a ship full of ghost pirates led by the frightening Captain Salazar (Javier Bardem). And that’s the part that might be too scary for very young viewers. Salazar and his crew are all stuck in a state of decay, with body parts missing and black goo oozing from their mouths (if they still have mouths, that is). It’s a cool and extremely creepy effect. There’s all the obligatory swashbuckling and explosions you’d expect from the series. But Jack and Carina are also nearly executed in a town square, and there’s some suggestive material that probably will go over kids’ heads.

This movie is worth checking out for its extreme nuttiness. Truly, you’ve got to see it to believe it. But even though kids are the stars, The Book of Henry isn’t really for kids – at least, not the younger ones. Jaeden Lieberher and Jacob Tremblay play brothers Henry and Peter, who live with their single mom (Naomi Watts) in small-town, upstate New York. Henry, who’s brilliant beyond his 11 years, suspects that the sweet, pretty girl next door (Maddie Ziegler) is being abused by her stepfather, and devises an elaborate scheme to rescue her. The film from Jurassic World director Colin Trevorrow covers some very mature themes: molestation, alcoholism, illness, death, murder and suicide. The story takes some dramatic and potentially disturbing turns involving firearms and revenge. There’s quite a bit of language throughout – mainly from the mom, whose kids then scold her for cursing. The mom’s best friend (Sarah Silverman) is often drinking or drunk. In general, this movie is awesomely terrible despite strong performances from its young actors, but it’s probably OK for viewers around 12 or 13 and older. 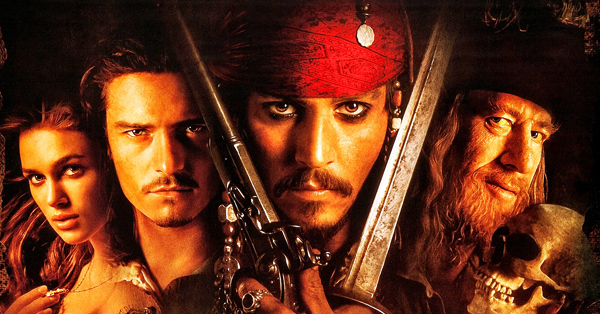