Rotten Tomatoes is celebrating Halloween with 31 days of horror double feature recommendations. Each day of the week will have its own theme, with today’s being Slasher Saturday! And if you want see what’s in store or what you missed, see the Daily Double schedule. 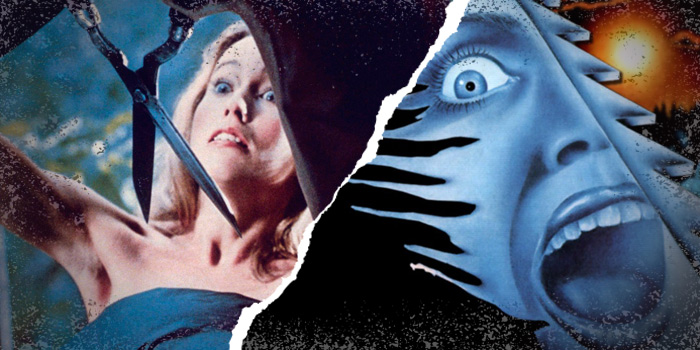 For Slasher Saturdays, we pay tribute to that most basic, primal subgenre of horror cinema. This Daily Double: Gather ’round the campfire to die! 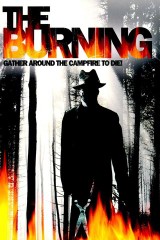 The secluded camp slasher was in full swing by 1981, though Burning producer/writer/”creator” Harvey Weinstein claims this film was in the works well before Friday the 13th. Yep, Weinstein broke into the industry here, with Burning funded by his parents. In fact, one of the counselors, Alfred, could be read as a stand-in for Harvey: the character is awkward, bullied, a peeper, kinda looks like Harvey judging from his publicized old yearbook photo, and he gets the hero moment at the end. Bit of an interesting emotional study in blooming narcissism if you want to take it that far. But The Burning can be enjoyed as a straight-up slasher — it’s a slow, ahem, burn getting to the carnage, but the gore effects are provided by (who else?) Tom Savini and they’re wicked. 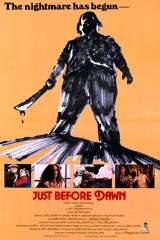 No summer camp in this one, just a bunch of friends seeking to escape the anarchic, modern world of ’80s car phones and Simon & Garfunkel reunions. One of the campers has inherited a plot of mountain land in northern Oregon, and the group encounters a range of foreboding forest dwellers on the drive up: the stern ranger, the rambling drunk, and a string of identical twins staring off the road. Nothing to worry about! Well, actually, turns out the ranger was right to be a prick, the drunk just recently had his best friend murdered, and the twins thing? Let’s say it’s double trouble when the sun goes down for the campers. The film was shot on location deep in the woods, so this slasher has a rugged naturalism uncommon for the genre. Contrast that with the soundtrack’s plaintive, synth rumblings, an early score provided by The Terminator‘s Brad Fiedel.
Yesterday: Freestyle Friday! | Schedule | Tomorrow: Sunday Funday!