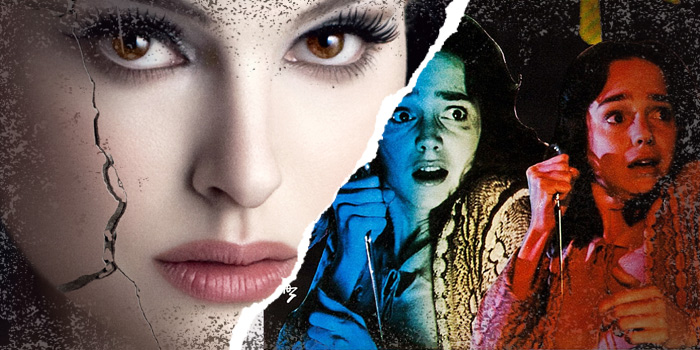 Twisted Tuesdays sink a knife into the facade of normalcy and twist the blade. For this Daily Double, the dance of death! 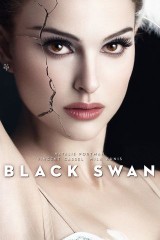 Before Darren Aronofsky could make this mind-bending ballet thriller with Natalie Portman, he had to infiltrate the New York dance world to find out what made these people tick. And Portman spent months in training to be able to perform the film’s choreography. Eventually the two of them came together to tell this story about an infantilized young woman, Nina, who yearns to play the Black Swan but fears what a loss of control would do to her. Black Swan earned Portman an Academy Award for good reason: Her performance swings wildly from a shy goody-goody to a woman who would brutally murder for her shot at center stage. Aronofsky employs very little noticeable special effects and utilizes Matthew Libatique’s handheld, claustrophobic cinematography to evoke a sense of being trapped inside this fragile girl-woman who’s smothered by her overbearing but well-meaning mother; the director said he wanted to make a thriller that appeared to be a documentary for the first half, until things go off the rails. As Nina’s psyche begins to crack, the story grows ever more surreal, flourishing into some symbolic transformations. At once a melodrama and a thriller, Black Swan is an exploration into sacrificing the self for perfection, teased out through an age-old story about a swan who yearns to be human. And if that doesn’t hook you, consider that Aronofsky called it his “were-swan” movie. 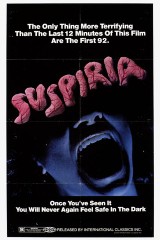 You think Black Swan made dancing look like a mechanism of torture? Now you can check out the original ballet-murder movie, Dario Argento’s Suspiria. This pulpy Italian tale about witches running a ballet school to sacrifice their students for power is told through the eyes of an American, Suzy Bannon, who arrives at the school just in time to see another student fleeing. Once there, Suzy experiences a number of oddities, and two students are suddenly missing — though we know that they’re murdered by an unseen assailant. Suzy gets sick and is instructed to drink a glass of wine every evening, larvae begins falling from the ceiling, and, wouldn’t you know it, there’s a secret passageway. A kaleidoscope of rich pinks, purples, and reds, this film emphasized vivid colors like the ones found in 1937’s Snow White, and favored nightmarish surrealism over realism. This was one of the last few Technicolor films and certainly looks it — there’s no room for subtlety in Suspiria. With an iconic score from Goblin, the film’s sounds and music have become just as popular as the movie that inspired them, so it’s likely you’ve heard the score even if you’ve never seen the film, and it’s definitely still worth the watch. Suspiria has proven itself a timeless classic, and has now been remade and reimagined by Luca Guadagnino. 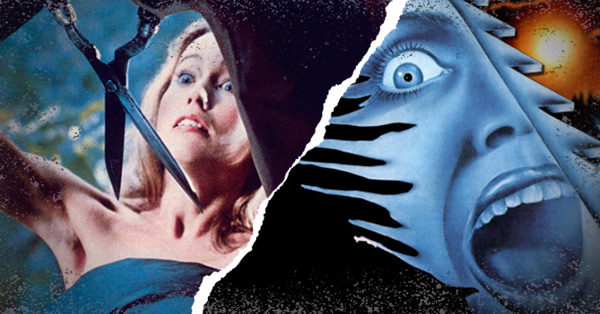