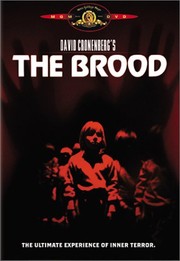 Canadian director David Cronenberg, who spent most of the ’70s carefully building a resume of low-budget sci-fi, took one last detour in “respectable” cinema with the racing drama Fast Company before deciding, “Screw it, I’m going to make fetus-licking, dwarf-murdering horror of maternity run amok.” That movie was The Brood, which put Cronenberg on the world map, and caused Roger Ebert to muse, “What’s the purpose of this film (other than to serve as a tax shelter, of course)?” Oliver Reed stars as a psychologist who pushes his patient to wear and mentally vent their issues through their own flesh, being an ample springboard for Cronenberg’s trademark body horror. The bad doctor’s star patient is played by Samantha Eggar, currently engaged in a protracted custody battle with her ex-husband. Of course, if she can’t see her kid, she’ll just make her own, a clan of tiny asexual monsters in tracksuits who do her bloody bidding. 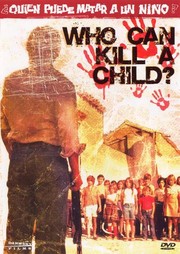 Next, trade in the wintry Canadian climes for this vacation off the coast of Spain. But watch out for the locals… Tom and Evelyn are a British couple expecting their third child (their first two are at home and never seen) who take a four-hour boat trip to a secluded Spanish island. Upon docking, however, they find no adults around, simply roving bands of withdrawn, giggling children. Turns out a mysterious energy has swept the island that is passed from one child to another that turns them into killers of anyone over 18. It’s strongly suggested this is a response and revenge for the poor conditions of war and famine adults have shepherded the world into. Director Narciso Ibanez Serrador effectively uses the background to creep children into the scene, and there’s a standout moment with the wife as she realizes the rage can even be passed to unborn infants in the womb.

12 Exciting International Animated Films To Watch Out For