Today’s Monster Monday pays tribute to the scaly menace of the not-so-deep: killer crocs! They’re a rarity in horror cinema (even more so if you expect the movie to be great), but we think we got some fun ones to set your teeth into, roll over repeatedly in muddy water, and then set beneath a submerged rock for later use. 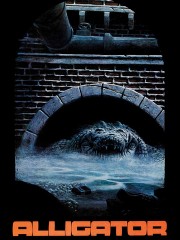 It must be very traumatic to witness an alligator attack — good thing we have a solid handful of gator flicks to live through vicariously. The very best of this very particular sub-genre is 1980’s Alligator, first set in the sewers of Chicago where the titular predator has grown large on lab rats. Then we travel with the alligator to the surface where it’s ready to graduate to human-sized meal portions. The movie was written by a young John Sayles and boasts three or four memorably disturbing demises. (The swimming pool sequence haunted me for years.) Then throw in a very firm sense of humor, a full B-movie cast, and you got delightful schlock.  This is basically Jaws in the city and it’s a hoot. 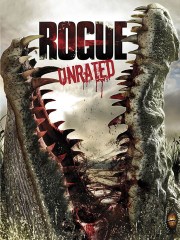 For something a bit more recent and more on the suspense side, check out Rogue, which comes from the director of the decidedly nastier Wolf Creek series. Radha Mitchell, Sam Worthington, and Michael Vartan lead a bunch of desperate tourists trapped on a small island with the tide coming in and one huge alligator somewhere nearby. Hardcore horror fans may be disappointed with the relatively light body count but the film delivers more than a few scary moments and some sequences of seriously sustained suspense.  (If you’re in the mood for a triple feature in the gator department, add 2007’s Black Water to your list.)