Hear Us Out: Digimon Is the Superior Franchise about Small, Fighting Monsters

On the 20th anniversary of Digimon: The Movie, we break down why it deserves just as much recognition as -- if not more than -- its pocket monster cousin. 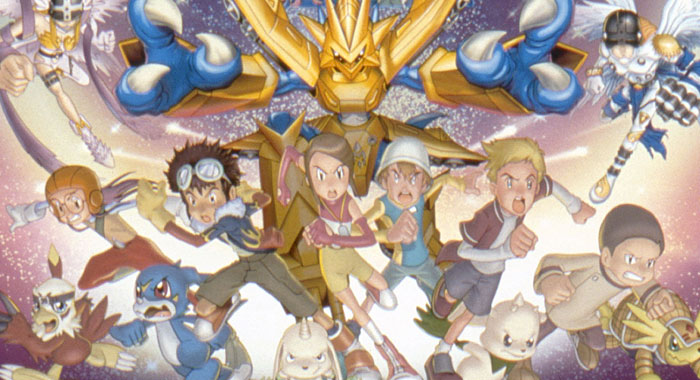 If you grew up in the ’90s, chances are your first exposure to anime was either Pokémon or Digimon, and your parents would regularly mix one up with the other. Honestly, it’s not that hard to see why. Both shows originated as video games – Digimon started out as Tamagotchi-like virtual pets and Pokémon was a series of role-playing games – before expanding to trading cards, TV shows, and movies.

While Pokémon grew to become a multimedia juggernaut that has churned out TV seasons non-stop since 1997 and produced over 20 feature films, Digimon has quietly but steadily remained in its shadow since it premiered in 1999. But with the recent release of Digimon Adventure: Last Evolution Kizuna, and with the franchise’s first film, Digimon: The Movie, celebrating its 20th anniversary this month, it’s about time we take out our Digivice, become champions of the Digital World, and explore why Digimon is the superior ’90s franchise about young kids who befriend small fighting monsters.

It Was Appointment TV 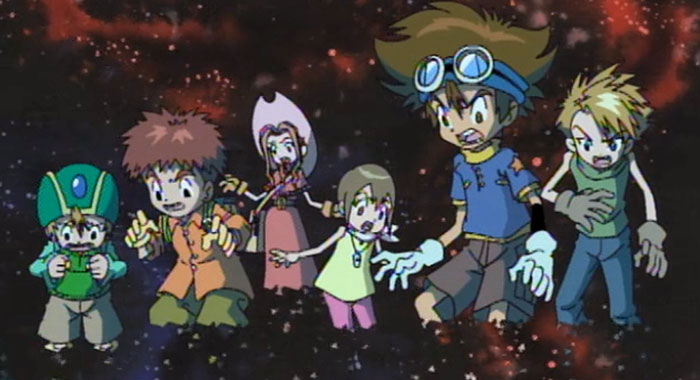 By the late ’90s, we were already entering the era of prestige TV, as the arrival of shows like The Sopranos and The West Wing, with a stronger focus on serialized narratives, forced people to tune in every week or risk missing important plot points. Though children’s television at the time was mostly episodic, Digimon marked a groundbreaking development for many kids of the era who discovered that they too had to watch every episode if they wanted to follow along with the story.

Many episodes ended on cliffhangers, characters experienced genuine story arcs, and smaller events and characters were frequently referenced later. Sometimes, major characters would be separated from each other for weeks at a time, and side characters would suddenly become important. This made for a more challenging but rewarding experience that treated children like a serious TV-viewing audience. More than anything, the show trusted its young viewers to keep up with its narrative week by week, so that by the time the epic finale came each season, the anticipation for it had been building for months. 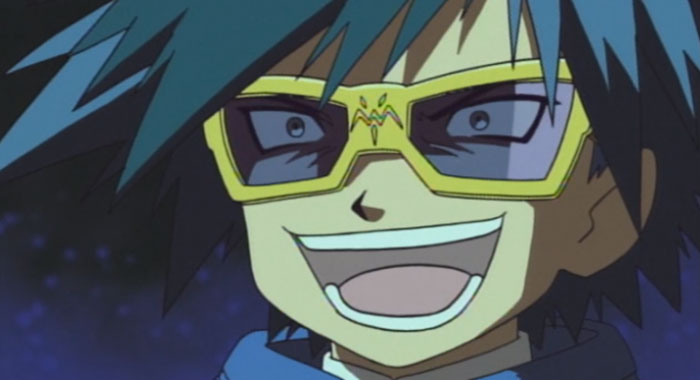 Digimon is very much a Saturday morning cartoon-style show aimed at kids, but it got away with a surprising amount of depth. Unlike many of its contemporaries, Digimon featured character development that would unfold over the course of each season. The second season spent a lot of time telling the story of the self-proclaimed Digimon Emperor, who is consumed by darkness and begins to take over the Digital World before atoning for his sins in a redemption arc that spans several episodes.

The show also explored themes that were relatable to kids but seldom seen in kids’ cartoons, like exploring the effects of a divorce on a family, the pressure of living up to one’s family’s expectations, or the grief of losing a loved one. In the third season, a character named Jeri is even thrown into a weeks-long depression after the death of a Digimon friend. Indeed, Digimon fully acknowledged that its titular creatures are dangerous beings, and danger lurks behind every corner, sometimes with devastating results. The show was upbeat and action-packed for the most part, but it was never afraid to pull at your heartstrings, either.

Its Stakes Were Incredibly High 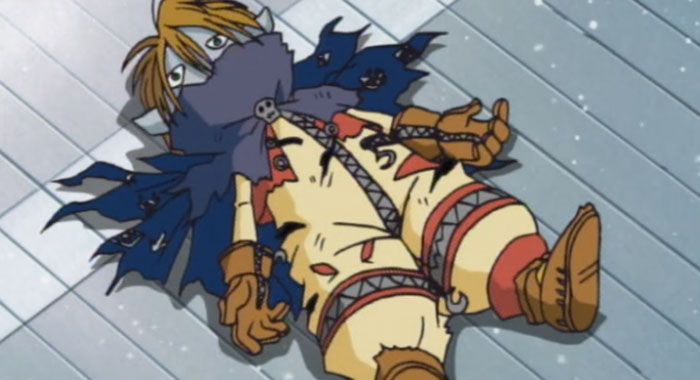 Digimon isn’t about collecting all the monsters, or about fighting a new villain each week; it’s about kids on a mission to literally save the world. No offense to Jessie and James of Pokémon‘s Team Rocket, but they aren’t the most competent villains out there. Meanwhile, the Digital World of Digimon is home to some seriously monstrous villains capable of ruthless evil. Each season hinges on world-ending stakes that require the kids to work against all odds with the help of a friend or two to win the day. In most of the seasons (as well as the recent movie and new reboot), the Digital World even leaks into the real world, threatening to destroy everything.

Such high stakes have meant that the series has lost more than a few of its characters. This may be a children’s show, but Digimon has never been afraid to kill off beloved heroes in heartbreaking ways — we still haven’t healed from the devastating loss of Wizardmon in the original series. Plenty of friends and allies have met their demise over the course of the show, so much so that one character held a funeral for lost friends during the first season. But sure, remind me how sad it was when Ash said goodbye to Butterfree — which wasn’t even permanent.

The Movie Is Bonkers and Has a Fantastic, Totally ’90s Soundtrack 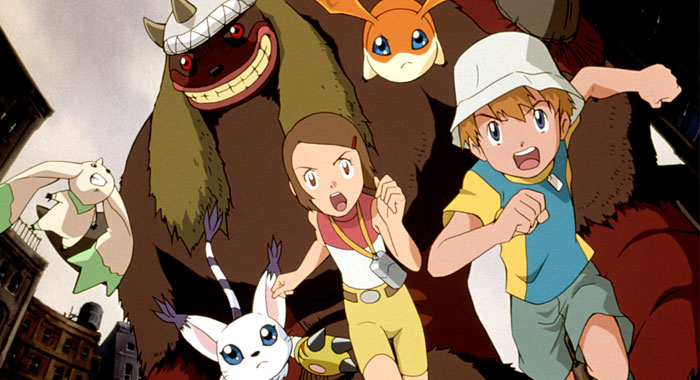 Speaking of high stakes, the plot of Digimon: The Movie is completely nuts. The main characters (still 10 years old, by the way) literally have to prevent a nuclear warhead from exploding over Tokyo after a virus-infected Digimon takes over the U.S. nuclear arsenal specifically to target a couple of kids. It takes a while for the kids to bring the fight to the bad guy, though, because they also have to battle… slow internet connections and the unreliable email.

Considering the movie was cobbled together from three short films and packaged for release outside of Japan, it’s a wonder the story makes any sense at all. It’s also worth noting that two of those three short films were the early efforts of acclaimed director Mamoru Hosoda, who would go on to make films like The Girl Who Leapt Through Time, Summer Wars, and Mirai.

But the greatest thing about Digimon: The Movie isn’t its ludicrous story, but its bizarre — yet surprisingly solid — soundtrack. Just as Pokémon: The First Movie included songs by Christina Aguilera, Britney Spears, and NSYNC, the producers of Digimon went all out to make their movie the most ’90s event ever. In addition to the show’s theme song, which reflects a time when every anime show was marketed to American audiences with hip hop, the film’s pop soundtrack includes everything from Fatboy Slim, Barenaked Ladies’ sexually-charged “One Week,” and a fantastic cover of “Kids in America” by Len to a pre-Shrek “All Star” by the one and only Smash Mouth to close out the film. That’s right, pre-Shrek. Meme or not, that’s hard to top.

It Knew How to End 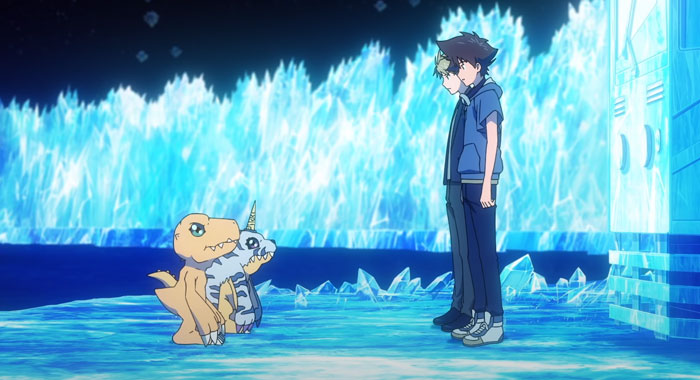 Franchises eventually change, whether they’re Star Wars, Marvel, or Toy Story, but Pokémon, despite an occasional change of scenery, has otherwise remained pretty much the same, plot- and character-wise. Digimon, on the other hand, always knew its audience was eventually going to grow up, so it grew up with them. 2015 saw the release of Digimon Tri, a series of movies that picked up 5 years after the end of the original show, with the characters now in high-school. Then, Digimon Adventure: Last Evolution Kizuna came out earlier this year and, like Toy Story 3 did for a little while, actually dared to say goodbye to the franchise with a story that signals from the get-go that it will be Agumon and Tai’s final adventure.

Digimon‘s audience came of age with the franchise because Digimon is a coming-of-age story. It recognized its place in the audience’s life and has grown to reflect the same changes its audience has experienced. Digimon knows some things from our childhood will inevitably have to be left behind. Though the series was ultimately rebooted earlier this year, Last Evolution Kizuna puts a bittersweet bow on 20 years of adventures that began with Digimon Adventure and Digimon: The Movie, which is an example that more franchises honestly should follow.

Digimon: The Movie was released in theaters on October 6, 2000.