Plus, The Infiltrator is a solid thriller, and Mr. Robot and Stranger Things are also Certified Fresh.

This week at the movies, we’ve got a a dose of freaky ghosts (Ghostbusters, starring Melissa McCarthy and Kristen Wiig) and an undercover customs agent (The Infiltrator, starring Bryan Cranston and Diane Kruger). What do the critics have to say? 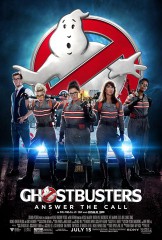 The 1984 Ghostbusters was such a massive hit that not even the original cast and creative team could put together a completely satisfying follow-up. But much like the undead who plagued New York in the original, no intellectual property is allowed to lie fallow for too long in modern Hollywood — and our latest proof is the 2016 Ghostbusters. Directed by Paul Feig from a script he co-wrote with Katie Dippold, this franchise reboot assembles a new squad of comedy stars, led by Melissa McCarthy and SNL vets Leslie Jones, Kate McKinnon, and Kristen Wiig, to battle a fresh round of paranormal threats. It’s a familiar premise, obviously, but one that critics say still packs plenty of laughs — largely thanks to the game efforts of the new ghostbustin’ foursome, whose chemistry helps prop up a story that’s arguably overly beholden to its inspiration. Reviews point to a summer movie that’s flawed but fun, and does more than enough to honor its franchise roots while setting up a sequel (or several) of its own. 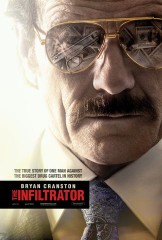 In the ’80s, G.I. Joe told us that knowing is half the battle. But for casting directors, half the battle is hiring Bryan Cranston, who’s spent the last several years delivering some of the best work of his career. By pretty much all accounts, Cranston turns in another stellar performance in this weekend’s The Infiltrator, dramatizing the real-life undercover efforts of U.S. Customs agent Bob Mazur on his quest to bring down infamous drug lord Pablo Escobar; in fact, according to more than a few critics, it’s Cranston’s work that just about single-handedly makes the movie worth watching. Of course, he’s aided and abetted by a solid ensemble that includes John Leguizamo, Diane Kruger, and Benjamin Bratt, and if you’re the type of person who loves a true-life crime drama, then seeing it’s a pretty safe bet. But the reviews describe a fairly routine story that’s often elevated by its star, so adjust your expectations accordingly.