Ghost in the Shell Looks Great, but Rings Hollow

Plus, The Boss Baby isn't a bundle of joy, and Harlots is Certified Fresh.

This week at the movies, we have Scarlett Johansson in the future (Ghost in the Shell, co-starring Michael Pitt) and Alec Baldwin in a diaper (The Boss Baby, with voice work from Steve Buscemi). What are the critics saying? 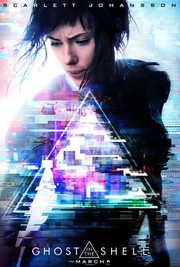 Scarlett Johansson has convincingly kicked butt in more than one action movie, and the enduring popularity of the Ghost in the Shell media franchise has long since ably demonstrated its story’s appeal. Put the two together, and what do you have? A gorgeous techno-thriller with committed work from its leading lady — but one that, like its protagonist, isn’t quite what it was in its original incarnation. As the Major, a machine-enhanced law enforcement officer whose mind has been transplanted from a ruined flesh-and-blood body, Johansson acquits herself admirably enough that many critics are willing to look past the accusations of whitewashing that dogged the production; more troublesome, however, is the live-action Ghost‘s inability or unwillingness to satisfyingly deal with the story’s many intriguing philosophical questions. Instead, viewers are left with some solid acting and loads of cool special effects — fine for a fun night out, but still something of a disappointment in the context of the source material. 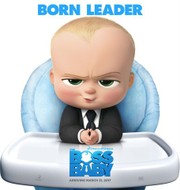 America loves to laugh at talking toddlers, and — as millions of 30 Rock fans are still happy to attest — Alec Baldwin can be a pretty funny guy. So The Boss Baby, which puts Baldwin’s voice inside its pint-sized protagonist, should be a safe bet, right? Unfortunately, as we’ve seen all too often in this space, what looks great on paper can be a painful ordeal on the screen, and critics say this movie — inspired by Marla Frazee’s board book of the same name — offers yet another example. The premise, just fine for a short story, suffers from being stretched to feature length, and screenwriter Michael McCullers fills the gap with all the scatological humor one might fear from a 3D animated movie about a baby with a briefcase. The youngsters in your life will probably want to see it — and they might very well laugh themselves silly — but the reviews point to a nominally kid-friendly film with little to offer older chaperones.

Harlots uses its titillating subject matter to draw the viewer into a deeper drama about the intersection of survival, business, and family.

Imaginary Mary‘s appealing cast is canceled out by uninspired material and a ridiculous premise whose deficiencies are compounded by an unfunny, ill-advised CGI creature.

Birds of Prey Is Certified Fresh

The Rhythm Section Hits Too Many Familiar Beats