Game of Thrones Season 8, Episode 4 Reviews: The Second Lowest-Rated Episode Yet – and a Starbucks Cup Show-Stealer

The drama of the Dragon Queen and her nephew-lover are upstaged by a production gaffe — in step with, it seems, a freewheeling final season barreling toward its conclusion. Here's what critics are saying.

The coffee cup that stole Game of Thrones‘ spotlight on Sunday night might have dominated the conversation on Twitter, but it looks like most of the first critics to review “The Last of the Starks” either missed the cup’s cameo or were too enthralled with that dramatic dinner scene to care.

In a statement released later, the network said: “In response to inquiries from those who saw a craft services coffee cup in Sunday night’s episode of Game of Thrones, HBO states, ‘The latte that appeared in the episode was a mistake. Daenerys had ordered an herbal tea.’”

The latte that appeared in the episode was a mistake. #Daenerys had ordered an herbal tea. pic.twitter.com/ypowxGgQRl 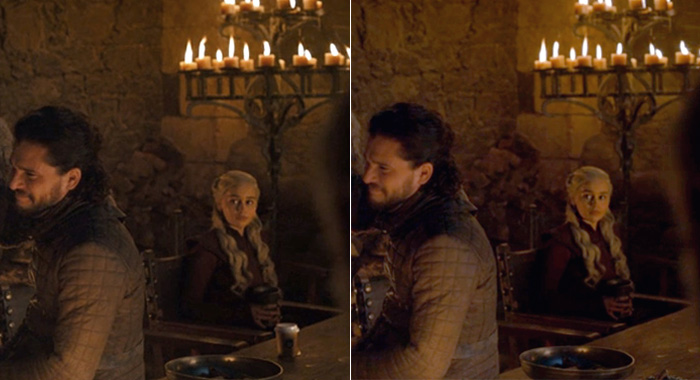 Update: By Tuesday, the cup was scrubbed from the scene in the streaming version.

Despite the cup’s explosion on the Twitter-verse, with the controversy trending under “Starbucks cup” (though HBO indicates the cup was a craft services item), critics weren’t distracted by the contemporary set piece in last night’s episode. Instead, some critics were captivated for positive reasons, but many others — not so much.

The eighth and final season of Game of Thrones 89% is not faring as well as its predecessors. Granted, the season just passed its halfway mark, but it’s still scoring about 10% lower than any season before. After Sunday’s “The Last of the Starks,” season 8 is hanging in the 80th percentile — every other season is at 91% or higher on the Tomatometer. Still, season 8 is well on its way to being Certified Fresh. (The final two episodes would have to have dancing Starbucks cups to fully derail the season.)

Last week, “The Long Night” drew criticism for its darkness, the lack of consequential deaths, and that the battle literally lasted only one night. At 74%, it became the second-lowest ranking Game of Thrones episode ever. But now, it appears that title will be taken by episode 4 — and that now-infamous Starbucks cup. 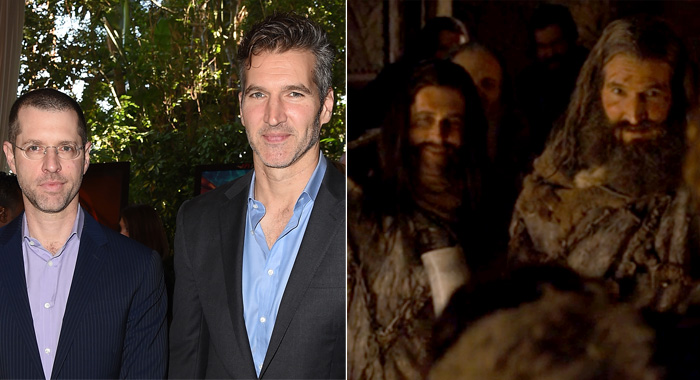 This week’s “The Last of the Starks” is even lower on the Tomatometer, currently at 63% with 63 reviews so far (updated at 2:45 p.m. PT on May 6). And that’s despite a cameo by the series’ showrunners D.B. Weiss and David Benioff (pictured above at a 2018 event and in costume in the episode) in the feasting scene. The only episode ranked lower than these two most recent installments is season 6’s “Unbowed, Unbent, Unbroken“… and it’s Rotten.

Read on to find out what critics had to say about season 8 Episode 4: "The Last of the Starks" 58%. 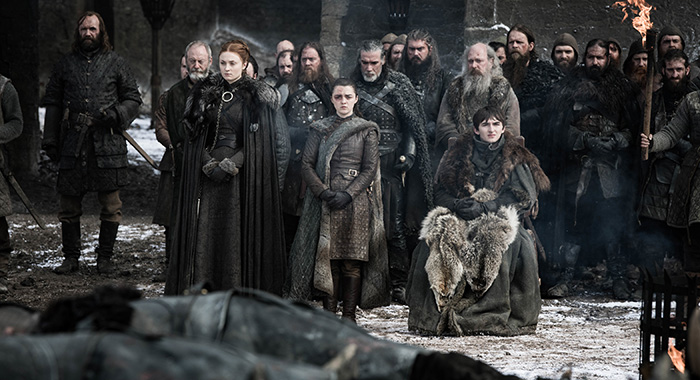 Well, at least no one will complain about the darkness in this latest “Game of Thrones” episode. — Verne Gay, Newsday

Last week was an emotional rollercoaster and tonight took us off the track! — Jamie Broadnax, Black Girl Nerds

Maybe we don’t have a hero on this show anymore, at least not in the game for the Iron Throne. — Dave Gonzales, Thrillist

Read more: Sex, Death and Relationship Drama Feature in Game of Thrones‘ ‘The Last of the Starks’ Top Moments

A Little Out of Character? 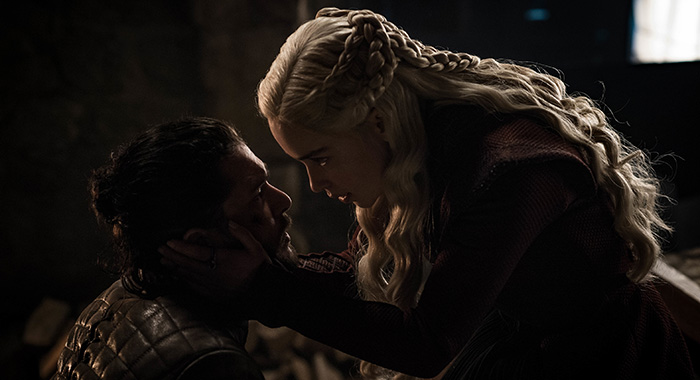 Not every character- or plot-based story decision feels earned, but at least the rapid momentum toward the series’ end has kept the eyes of Game of Thrones somewhat on the present, however volatile and fatal it may be. — Steve Greene, indieWire

Character-driven errors were committed and the war for the Iron Throne ignited in a highly emotional and often devastating episode — have there ever been so many tears and kisses and hugs on this show? — James Hibberd, Entertainment Weekly

The Jon/Dany conflict cuts to the heart of Game of Thrones‘ biggest problems in its final few seasons – in its zeal to set up these foregone conclusions, they’ve had to roll back significant character development to do so. — Clint Worthington, The Spool

Critics Predict It’ll All Come Down to Dany, Cersei, and Sansa 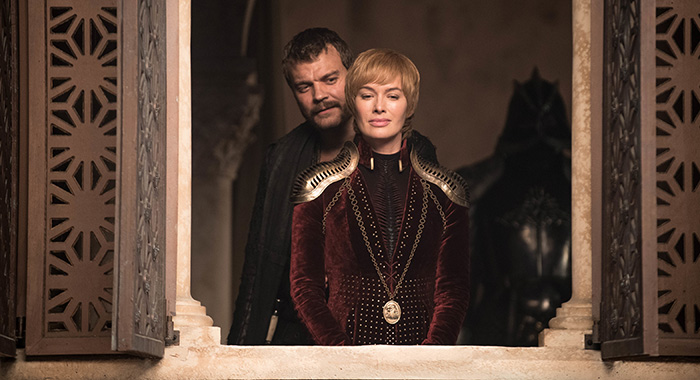 We’re only a week past the deadly Battle of Winterfell, and Daenerys has already reached the sixth stage of grief: world domination. — Kimberly Roots, TV Line

This is an interesting episode because Daenerys is so bad in so many ways throughout, and yet she’s also clearly not as vile as Cersei. — Erik Kain, Forbes

Holding within herself the power for acts of desperation, grasping need, human connection, and inhuman cruelty, Cersei represents the show at its most painfully complicated. She’s back in full force for the show’s last two episodes — just in time. — Daniel D’Addario, Variety

It’s obvious now from the conversation among the characters and the closeups of Clarke, Sophie Turner, who plays Sansa Stark, and Lena Headey, who plays Cersei Lannister, that the battle for the Iron Throne will come down to these three women. — Robert Rorke, New York Post

Who Do Critics Want to See Win the Iron Throne? 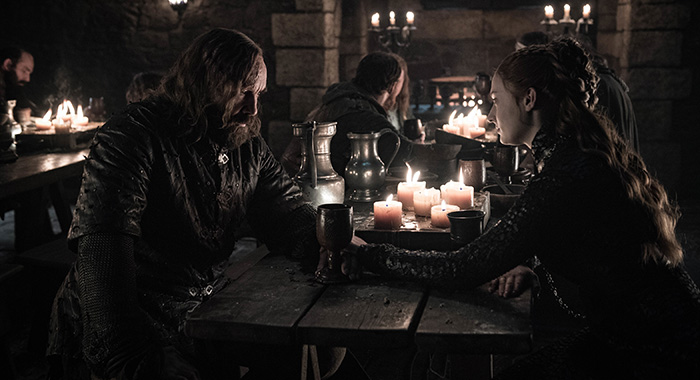 For the first time, I know who I’d like to see on the Iron Throne at the end: Sansa. I think she’d be a great Queen. I want to see Tyrion at one of her sides and Arya at the other. Maybe it’s time to place my bets? — Leona Laurie, Geek Girl Authority

I’m afraid Jon Snow — sorry, Aegon Targaryen — is going to somehow stumble his way onto the Iron Throne. Yes, I do mean accidentally bumbling his way onto it, like he bumbles absolutely everything else, and everyone will just yell, “King in the south!” If that happens, I’m going to riot. — Tasha Robinson, The Verge 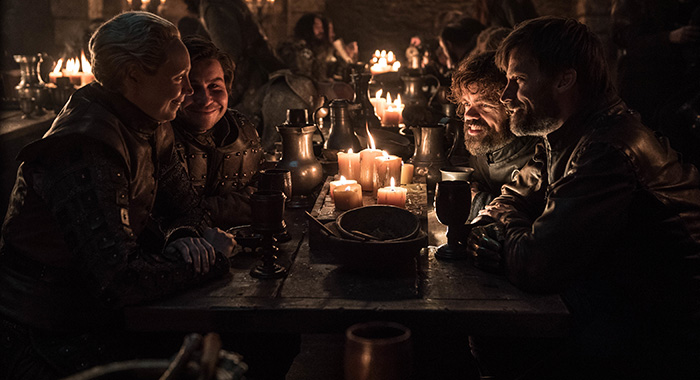 As has been the pattern for two seasons now, the episode was filled with lapses in logic that were too irritating to ignore, plus a plague of idiocy on the part of most of its supposed heroes. — Kelly Lawler, USA Today

It was a bad week for the Dragon Queen, the latest in a fairly regular string of tragedy and indignity that began roughly when she started hanging out with Jon and doesn’t suggest much in the way of a happy ending. — Jeremy Egner, New York Times

As impressive as last week’s spectacle was, none of it felt as engaging as this week’s smaller moments of politicking and intrigue – of Tyrion and Varys contemplating treason. — Stephen Kelly, BBC.com

I suspect that when we all look back on the final season of “Game of Thrones” with the benefit of some hindsight (and when some of us are not in the position of speed-writing recaps late on a Sunday night), the pacing of these final six episodes is going to seem at least a little off… But in the moment, I was delighted to see all of these characters loose and wonderfully, vitally alive. — Alyssa Rosenberg, Washington Post