What did critics make of Arya's bold move, Jon's big reveal, and Brienne's moment in the sun? (We're not crying, you are!)

Tensions were inevitably high throughout the second installment of the final season of Game of Thrones. Last week’s episode felt like a nostalgic, sentimental who’s-who of the series, and for a few critics, this week’s episode was much the same. But “A Knight of the Seven Kingdoms” was just as invested in the sexual tension between several Thrones characters as it was in their competition for said throne.

Some critics reveled in the exchanges and relationships. Others expressed simmering impatience after a second episode focused more on conversation than action. According to Jeva Lange for The Week, “Game of Thrones‘ final season has gotten off to a surprisingly slow start, by which I mean there has only been one horrifying mutilation in the show’s first two hours.” Meanwhile Paul Dailly of TV Fanatic thinks the season is “trying to live up to the tremendous hype” by “honoring the past as the series reaches its conclusion.”

With 60 reviews so far, the score for “A Knight of the Seven Kingdoms” has settled at 88% — slightly lower than the premiere’s 92%, even though it had nearly double the number of reviews. 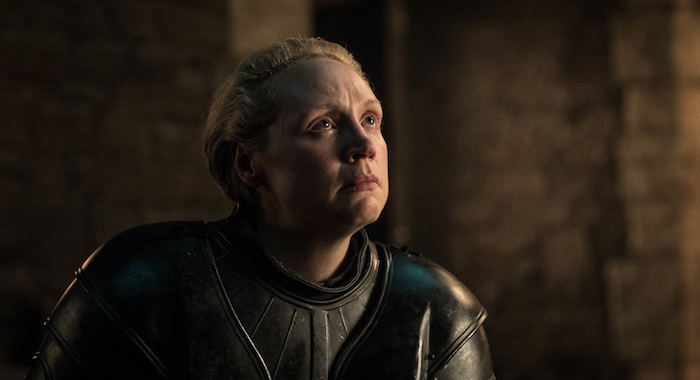 Itching for a rehash of last night’s episode? Check out our list of highlights from “A Knight of the Seven Kingdoms.”

Curious to see where “A Knight of the Seven Kingdoms” ranks among other Game of Thrones episodes? Check out our “All Game of Thrones Episodes, Ranked by Tomatometer” — of more than 60 episodes, only one has turned up Rotten and more than 20 sit comfortably at 100%.

See what critics had to say about Episode 2: "A Knight of the Seven Kingdoms" 87% below.

Was there action? Nope, but boy was there character!

“A Knight of the Seven Kingdoms,” the second episode of Game of Thrones‘ eighth and final season, is more concerned with delivering big moments audiences have been yearning to see between characters than action-packed sequences, and it should make fans of the show nervous. — Dave Gonzales, Thrillist

“A Knight of the Seven Kingdoms” still managed to be satisfying in the same way last week’s opener was satisfying… They are our characters and this is our epic. — Verne Gay, Newsday

One takeaway at this stage is that Game of Thrones doesn’t plan to leave any fan wondering about how one character might feel about another. But the downside is that at this point, a third of the final season’s action has been stalled in this sort of character-driven-but-not-really-consequential drama. — Liz Shannon Miller, IndieWire 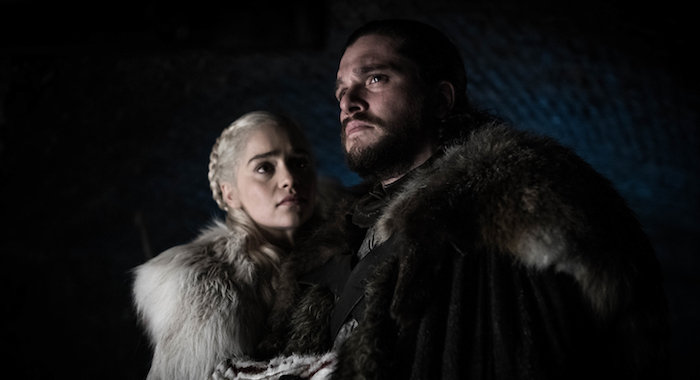 This episode of Game of Thrones beat us over the head with warnings that our remaining favourite characters (all gathered at Winterfell) are perhaps just a week away from their final minutes of screen time, cheerfully mentioning their own impending deaths with alarming frequency. — Anna Leszkiewicz, New Statesman

This episode had the definite sense of being the calm before the storm. Even more so than the first episode. By the end, everyone is just waiting. Much of the conversations were light-hearted and blessed with that wry Thrones‘ humour, but the tension was there. It’s going to make the battle that much more intense. — Jack Price, Stuff.co.nz

Critics Are Loving the Arya-Gendry Hookup, And Jon’s Big Reveal

Gendry and Arya were courting in last week’s episode and tonight the two got hot and heavy. Arya took the initiative immediately, and it’s almost as if Arya had been waiting for this moment for a while. She says, “we’re probably going to die soon, I’d like to know what it’s like before it happens.” — Jamie Broadnax, Black Girl Nerds

Fans are probably still high over the Arya-Gendry hookup when something far more joyous happens: Brienne finally becomes an actual knight. When she says that tradition is why women can’t be knights, Tormund gives her some Wildling wisdom. “Fuck tradition,” he says. “I’m not a king, But if I were, I’d knight you 10 times over.” — Kimber Myers, The Playlist

Jon, standing before Lyanna Stark’s crypt, tenderly whispers to Dany the real story of Rhaegar and Lyanna’s love—and somehow doesn’t realize that her reaction to learning his parentage, after Wha?, will not be Ick! or We’ll figure it out! but How dare you be the rightful heir to my throne?  — Sarah Larson, New Yorker

What’s Working So Far, and What Isn’t? 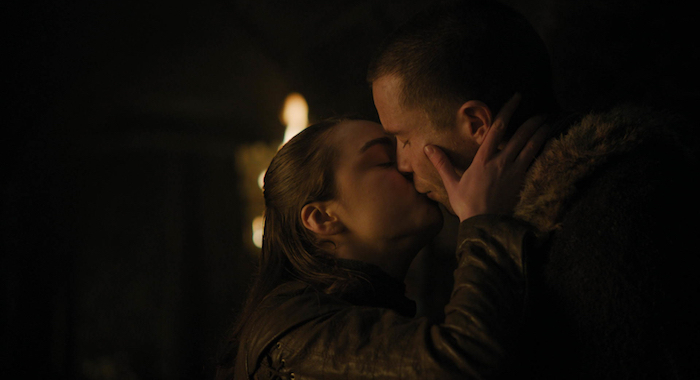 The script, from Bryan Cogman, is full of moments that perfectly encapsulate the characters as elucidated throughout eight seasons or so of development. These are characters who have grown together, have complex relationships with one another, and who know that by the time the snow settles on the battlefield that their friends won’t be around to hang out with anymore. — Ron Hogan, Den of Geek

In last week’s premiere, most of the runtime went toward putting the pieces in place for the forthcoming episode-long Battle of Winterfell. The second episode, “Knight of the Seven Kingdoms,” expanded on that table-setting, giving characters room to breathe, talk, and canoodle. It also highlighted the biggest problem Game of Thrones has this season: the utter lack of chemistry in its marquee relationships. — Jeva Lange, The Week

We can stop worrying now, because this week’s Game Of Thrones returned to greatness. The final season’s second episode, “A Knight of the Seven Kingdoms,” focused on what has always been the driving force of the show and what has always made it great, the characters and their relationships. — Michael Walsh, Nerdist

Sentimentality was the order of the day; these characters know it could be their last living night and don’t want to leave certain things unsaid, or in the case of Arya and Gendry, undone, but the episode managed to somehow feel both drawn-out and rushed at the same time. — Sinead Brennan, RTÉ (Ireland) 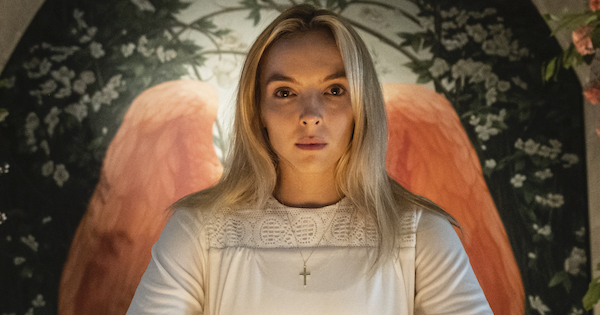