Plus, Blair Witch is less than spellbinding, Snowden is timely but muted, and American Horror Story offers an intriguing twist. 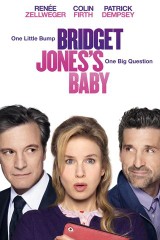 Bridget Jones’s Diary made rom-com magic out of Helen Fielding‘s bestselling novel in 2001, but the sequel, 2004’s Bridget Jones: The Edge of Reason, failed to produce similar results. It might have seemed safe to assume we’d seen the last of Ms. Jones on the big screen, but lo and behold, all these years later, she’s back with Bridget Jones’s Baby. Reviews describe a third installment that delivers pretty much what fans would expect; although Hugh Grant has departed the cast, Renee Zellweger remains as charming as ever as Bridget, and Colin Firth is back for another appearance as her longtime squeeze (and potential baby daddy) Mark Darcy. Critics say this is the rare threequel that, while somewhat safe and fairly predictable, remains a surprising return to form over its predecessor — and may even be the best Bridget of the bunch. 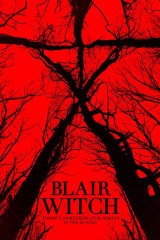 Speaking of sequels to long-ago movies, here’s Blair Witch, a follow-up to the 1999 found-footage horror hit that eschews the side road taken by 2000’s ill-received Book of Shadows in favor of taking audiences back where they started. Which, in a nutshell, is the problem: Instead of taking the Blair Witch mythology in any substantially new or extra-terrifying directions, director Adam Wingard (working from a script by his frequent collaborator Simon Barrett) seems mostly content to settle for a loose rehash of the original story. Although the end results are still good for some jolts, and Blair Witch does manage to add a few wrinkles to the familiar narrative, critics say you can safely wait to watch this one in the dark from the comfort of your own home. 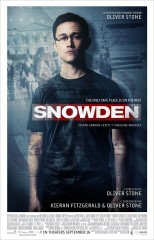 Oliver Stone is certainly no stranger to political filmmaking; in fact, his filmography contains some of Hollywood’s more provocative — and widely acclaimed — cinematic statements on American history and current events. But looking to the headlines isn’t always enough to guarantee an Oscar contender from Stone; in recent years, fact-based efforts such as World Trade Center and W. have fallen short of the lofty standard set by achievements like Platoon and Born on the Fourth of July. Unfortunately, critics say this weekend’s Snowden follows that downward slope, giving the fascinating story of the titular whistleblower (played by Joseph Gordon-Levitt) a curiously muted dramatization that critics say is well-acted and topical, but occasionally too slackly paced. If it’s a great Snowden film you’re in the mood for, try checking out the Citizenfour documentary this weekend — but if you’re holding out for the next great Oliver Stone production, you might be a little disappointed. 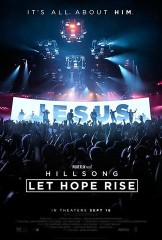 They may not be household names yet, but the members of Australian contemporary worship band Hillsong UNITED have cracked the Billboard Top 10 with each of their last two albums — and now they’re getting their documentary due with Hillsong — Let Hope Rise, which purports to capture their “on-stage energy and off-stage hearts” while bringing new meaning to the phrase “theatrical worship experience.” Unfortunately, we can’t really speak to their success in that mission, because critics don’t seem to be rushing out to see it. As of this writing, Let Hope Rise has a pair of reviews, and they’re evenly split. Go on and Guess the Tomatometer!

Dreamlike, poignant, and often funny, High Maintenance successfully transitions from the web to the small screen thanks to sharp writing and an excellent cast.

Season six of American Horror Story takes a surprising turn away from prior AHS formats, revisiting the deliberate pace of earlier seasons on a spookier, smaller scale, even if the true-crime format feels overdone.