Bridge of Spies Is Certified Fresh

Plus, Fargo, The Last Kingdom, The Walking Dead, and Crazy Ex-Girlfriend are all Certified Fresh.

This week at the movies, we’ve got a captured pilot (Bridge of Spies, starring Tom Hanks and Mark Rylance), terrified teenagers (Goosebumps, starring Jack Black and Dylan Minnette), a haunted novelist (Crimson Peak, starring Mia Wasikowska and Jessica Chastain), and a team of underdogs (Woodlawn, starring C. Thomas Howell and Sean Astin). What do the critics have to say? 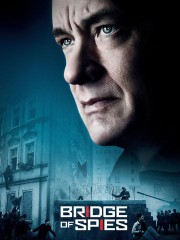 Steven Spielberg and Tom Hanks are about as dependable as any director-star combo in movie history, and with Bridge of Spies, they bring gravitas to a little-known slice of Cold War intrigue. Critics say the film is finely crafted and deeply involving, its old-fashioned-ness belying some inspired stylistic touches. Hanks stars as James Donovan, an American attorney called upon to defend a Soviet agent at a trial, and who subsequently finds himself involved in a clandestine prisoner exchange between the CIA and the KGB. The pundits say Bridge of Spies simmers with low-key tension, and Spielberg captures the uneasy mood of the period with painstaking detail. 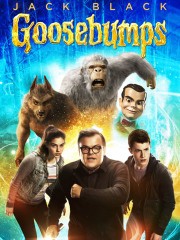 What if all the monsters, ghouls, and creepy-crawlies in R.L. Stine’s Goosebumps books were real? And what if they got loose and wreaked havoc on a small town? That’s the premise behind Goosebumps, a spooky, family-friendly adventure that critics say is charming enough to overcome some minor flaws. Dylan Minnette stars as Zach, a big city teen who moves in next door to Stine (Jack Black) and his daughter Hannah (Odeya Rush). When Zach inadvertently unleashes the very real creatures that Stine has been keeping captive within the pages of his books, the three of them must act quickly to save their town. The pundits say Goosebumps is mostly a fun, over-the-top ride that should please fans of the source material, even if the cheeky humor is hit-or-miss. 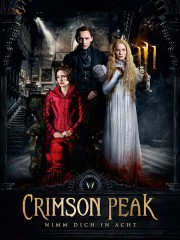 Guillermo del Toro is undoubtedly one of contemporary cinema’s most distinctive visual stylists — and critics say his unparalleled eye goes a long way toward making Crimson Peak watchable, though this old-fashioned ghost story is decidedly short on scares. Set in turn-of-the-century Buffalo, the film stars Mia Wasikowska as Edith Cushing, an aspiring novelist who’s swept off her feet by Thomas Sharpe (Tom Hiddleston), a mysterious, rakish Englishman who spirits her away to a crumbling estate haunted by both ghosts and grim secrets. The pundits say Crimson Peak is extravagantly crafted and always pleasing to the eye, though its narrative is often far less compelling. 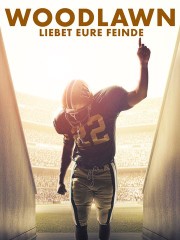 The inspirational sports drama Woodlawn was barely screened for critics prior to its release in theaters this weekend. Based on a true story, it’s a faith-based drama about a high school football team struggling to come together in racially-divided Birmingham in the early 1970s. Guess the Tomatometer!

Season two of Fargo retains all the elements that made the series an award-winning hit, successfully delivering another stellar saga powered by fascinating characters, cheeky cynicism, and just a touch of the absurd.

Jane the Virgin stays true to its over-the-top telenovela roots in season two while layering in more humor and increasingly complex storytelling.

Six seasons in, The Walking Dead is still finding ways to top itself, despite slow patches that do little to advance the plot.

Red Oaks offers an affectionate nod to 1980s sex comedies that — largely thanks to a talented ensemble cast — finds fresh humor in its familiar premise.