16 consecutive number one hits clearly were not enough for Marvel Studios which extended its streak to 17 with the gargantuan launch of the super hero sequel Thor: Ragnarok 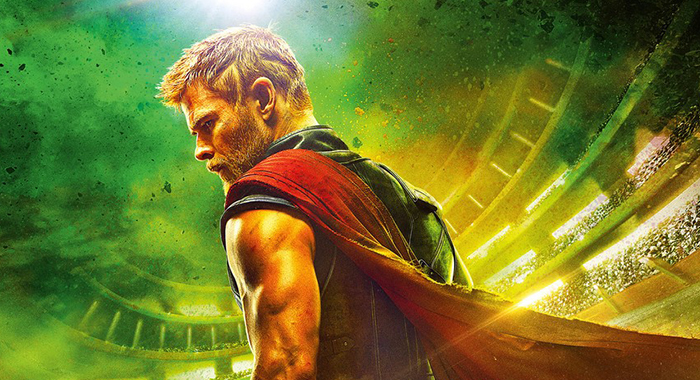 16 consecutive number one hits clearly were not enough for Marvel Studios which extended its streak to 17 with the gargantuan launch of the super hero sequel Thor: Ragnarok which banked an estimated $121M in its North American launch. It was the fourth biggest debut of 2017 and the seventh best all-time for the month of November.

The third Thor averaged a spectacular $29,658 from 4,080 theaters. The opening weekend also ranks seventh among the 17 films in the Marvel Cinematic Universe beating out the $117M of this past summer’s Spider-Man Homecoming. The MCU has delivered eight $100M+ debuts making it the key movie brand of the past decade.

Marvel and owner Disney know that fans want something new brought to the table with sequels. As with the third Captain America movie Civil War, Ragnarok added a major member of the Avengers team with Hulk. Both he and Thor have not anchored any films since Avengers: Age of Ultron two and a half years ago so there was built up demand to see those popular heroes again. Major credit goes to director Taika Waititi for infusing humor and a lighter tone into this Thor installment following a darker and more serious line of stories. The terrific ensemble cast includes Tom Hiddleston, Cate Blanchett, Anthony Hopkins, Idris Elba, and Jeff Goldblum.

The fireworks started with an opening day Friday of $46.8M which included $14.5M from Thursday night pre-shows. Saturday dipped by only 5% to $44.4M (second best all-time in November) which was remarkable for a sequel. Sunday is projected by Disney to dip 33% to $29.8M. Another comic book tentpole opens in two weeks – Justice League from rival DC. But the God of Thunder should easily cross $200M well before the debut of that pic and it may even surpass $250M during JL‘s opening weekend. That gives the new Thor a clear shot at becoming the sixth hit of 2017 to break $300M domestic.

Studio data showed that the crowd was 56% male and 63% over 25. Marketing materials boasted the fact that Ragnarok had the best reviews for Marvel movies and critics certainly gave their full support which helped convince those on the fence to make a trip for the sheer entertainment value. Fans were not disappointed as the CinemaScore grade was a glowing A. This was the ninth consecutive A for the MCU and 13th straight grade in the A range.

Keeping the filmmaking quality high has been of paramount importance to Marvel and it has seen the payoff at the box office. In fact with Thor: Ragnarok, the 17-film MCU series has now shattered the $5 billion mark in domestic box office and the $13 billion mark worldwide. With Black Panther in February and Avengers: Infinity War in May, those numbers will continue to climb rapidly.

The global gross for Thor: Ragnarok smashed the $400M barrier this weekend thanks to openings in most of the rest of the world. The weekend saw a massive $151.4M from 55 international markets led by the $55.6M debut in China. The overseas cume is now $306M including all markets that launched a week earlier. Global is now $427M and this latest Marvel hit could be on a trajectory to end up in the $850-900M range if it holds up well.

There was a gigantic $104M gap between the gold and silver medalists this weekend. The raunchy sequel A Bad Moms Christmas was released as counter-programming to the super hero threequel and came away with respectable, though not amazing results in second place. The R-rated laugher debuted to an estimated $17M over the weekend and $21.6M since its Wednesday launch. The five-day gross finished slightly below the $23.8M opening of last year’s Bad Moms which was over three days.

The road ahead will be tough, though. Reviews were bad and the B grade from CinemaScore indicates only lukewarm buzz from paying audiences. Plus another star-driven Christmas-themed comedy sequel crashes into theaters on Friday with Daddy’s Home 2 starring Will Ferrell and Mark Wahlberg which will target some of the same crowd with broader appeal.

Lionsgate followed with a pair of former number ones. The horror pic Jigsaw dropped 60% in its second weekend to an estimated $6.7M – understandable for a franchise fright flick after Halloween passes. The holiday themed comedy Boo 2! took in an estimated $4.7M, down 54%. Totals stand at $28.8M and $43M, respectively.

The weather disaster flop Geostorm grossed an estimated $3M, off 49%, for a new cume of only $28.8M. Happy Death Day followed falling 45% to an estimated $2.8M giving Universal $53M to date for the micro-budget horror hit. The studio has seen no luck for its soldier story Thank You For Your Service which collected an estimated $2.3M, down 41% in its sophomore round, for a cume of just $7.4M.

Opening to sizzling results in platform play was Greta Gerwig’s writing/directing debut Lady Bird which grossed an estimated $376,000 from only four theaters in New York and Los Angeles for a sensational $93,903 average. The A24 release has earned strong reviews across the board and has also generated awards buzz for actress Saoirse Ronan. Lady Bird will expand next weekend and will be go nationwide over the Thanksgiving holiday frame.