This weekend, moviegoers flooded the multiplexes for Han Solo’s first new adventure in 32 years as the hotly anticipated Star Wars: The Force Awakens smashed the all-time opening weekend box office record with a jaw-dropping estimate of $238M. That easily beat out the previous record of $208.8M set just this past June by Jurassic World.

Intense fan demand made this one of the most frontloaded debuts too. Thursday night kicked off the release with pre-shows starting at 7:00pm which resulted in a mammoth $57M – a new record. The final Harry Potter held that record for over four years with $43.5M with shows starting later at midnight.

Studios insist on bundling pre-shows into the opening day figure which for Force Awakens came in at an astounding $120.5M. That beat the $91.1M of the final Potter to become the new all-time best opening day ever. Both films featured 3D and IMAX, though Force‘s gross included five more hours worth of showtimes. The opening day tally accounted for a whopping 51% of the full weekend figure.

The new Star Wars collected a staggering $68.7M on Saturday which represented a 43% drop from the THU/FRI opening day figure. Sunday is estimated to decline by 29% to $48.8M. At these box office heights, slight fluctuations in percentage drops can cause big changes to the grosses. It is possible that Sunday overperforms and the weekend finishes in $240M+ territory.

The PG-13 Force arrived after years of hype. Star Wars fans unhappy with the prequels were hoping the new film would bring back the excitement they had with the first trilogy. Critics and fans have agreed that director J.J. Abrams succeeded. Force combined beloved characters from the old films with fun new characters all encompassed in the space Western packaging which made the first Star Wars in 1977 become such a runaway blockbuster.

Reviews were sensational and moviegoer feedback has been electric. The CinemaScore grade was an encouraging A and other audience metrics also show extremely high levels of customer satisfaction. That will bode well for the weeks ahead in terms of attracting non-fans plus piling up repeat viewing over the holidays from the Jedi faithful. All six previous Star Wars episodes opened in May. For the seventh episode, Disney decided to shift to mid-December and open on the same weekend that kicked off record runs for both Titanic and Avatar with Christmas helping the second weekend and New Year’s aiding the third frame.

The raw stats on Force are mesmerizing. The opening weekend generated an average of $57,571 from 4,134 theaters – the best ever for a wide release. 3D screens accounted for 47% of the gross which is impressive by today’s standards. The audience was 58% male and 63% over 25. Also coming out as winners this weekend – all the 2016 films lucky enough to get their trailers in front of the new Rey and Finn adventure.

The road ahead could not be more promising. Given the record weekend start and the fact that people are taking off from work and school as the week progresses, mid-week daily grosses could be in the $30M vicinity with Thursday dropping down due to Christmas Eve. The second weekend should have a smaller than usual drop for a tentpole because of Friday being Christmas Day. Every day between December 25 and January 1 behaves like a Saturday at the box office and the film’s third frame will also be a holiday session. Star Wars: The Force Awakens could very well have more than $600M in the domestic bank coming out of New Year’s weekend with all of January to look forward to.

Fans sought out IMAX screens in record numbers to maximize their experience. The 391 IMAX sites grossed a staggering $30.1M this weekend vaulting past the old record of $20.9M set by Jurassic World. That made for a scorching $77,000 screen average. Worldwide, 667 IMAX screens opened to a record $48M edging the $44.1M of Jurassic World which included China. Star Wars opens there next month so its global bow becomes even more impressive.

Outside North America, Force debuted to a stunning $279M from international markets for an eye-popping global launch of $517M. Top markets were the U.K. with $48.9M, Germany with $27.3M, France with $22.7M, Australia with $18.9M, and Japan with $13.5M. Most every country opened this weekend with the exceptions of India and Greece which debut next weekend and China which is set for a January 9 opening. Star Wars: The Force Awakens stands an excellent chance of becoming only the second film ever to reach the $2 billion club joining Avatar.

Of course, Disney has no plans to stop with just this film. The Force Awakens was intended to rejuvenate the Star Wars moviegoing experience and more installments are on the calendar to keep the billions rolling in. Next up is the spin-off Rogue One on this very same weekend next year followed by Episode VIII on Memorial Day weekend 2017. A Han Solo film is planned for Memorial Day weekend 2018, Episode IX is slated for 2019, and more films may also be announced later taking the franchise into its sixth decade.

Moviegoers actually spent some cash on films not about Han Solo this weekend. Fox debuted its kidpic sequel Alvin and the Chipmunks: The Road Chip and took second place with an estimated $14.4M from 3,653 theaters for a $3,942 average. The PG-rated comedy delivered the lowest opening yet in the four-film franchise and is setting itself up as the alternative to the violent Star Wars for parents with smaller children. All of them opened in mid-December and the two sequels both finished with more than four times their openings. But competing against BB-8 will be a formidable task.

Tina Fey and Amy Poehler joined forces again, this time for an R-rated comedy, and saw Sisters debut in third place with an estimated $13.4M averaging $4,530 from 2,962 playdates. Reactions to the Universal release have been mixed with critics giving somewhat decent marks and audiences feeling the same way. The CinemaScore grade was a mediocre B. With Star Wars out there, it was no surprise that Sisters skewed 79% female.

Four-time champ The Hunger Games: Mockingjay Part 2 fell to fourth dropping 51% to an estimated $5.7M pushing Lionsgate to $254.4M to date. All four films in the franchise have now broken the quarter-billion mark. Global tally is up to $595.5M. Down 50% was the boxing hit Creed with an estimated $5.1M putting Warner Bros. at $87.9M.

Disney’s Lucasfilm unit clobbered the competition and one of the victims was the studio’s other division Pixar. Its latest toon The Good Dinosaur tumbled 59% to an estimated $4.2M upping the cume to only $96.5M. After 26 days of play, the kidpic still has not broken the $100M mark. Universal’s horror-comedy Krampus followed with an estimated $3.8M, off 55%, for a $34.8M total. Ron Howard’s adventure In the Heart of the Sea got decimated in its second weekend crumbling 69% to an estimated $3.5M giving Warner Bros. another misfire this year with a weak $18.6M cume. 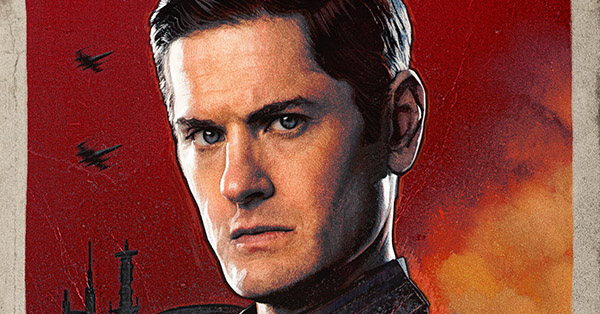