As Halloween approaches, being scared was the audience choice 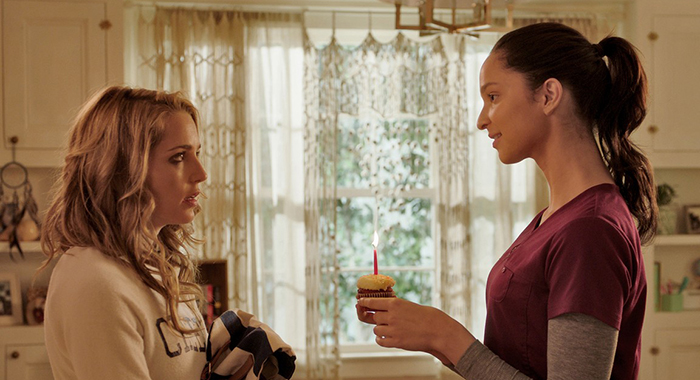 As Halloween approaches, being scared was the audience choice this weekend as Happy Death Day opened strongly while most holdovers had moderate declines and debuting prestige pics faltered.

Dethroning what many thought would be the movie event of the season, Happy Death Day bloodied up the box office with an estimated $26.5M from 3,149 theaters for a per screen average of $8,415. Both audiences and critics were on the positive side of mixed as it currently stands at 64% positive on Rotten Tomatoes while audiences gave the film a solid B grade on CinemaScore. The audience was 54% female with 63% under 25 and 59% non-white. Score another hit for the Blumhouse horror juggernaut.

Debuting in third place was the Jackie Chan action-thriller The Foreigner which made $12.8M, according to estimates, from 2,515 theaters for a per screen average of $5,105. Critics were mixed as its 57% positive on Rotten Tomatoes, but paying audiences liked what they saw and gave it an A- grade on CinemaScore. Its worldwide total stands at over $100M.

The runaway surprise hit of the year, It, took fourth place in its sixth weekend with an estimated $6M bringing its total up to an astounding $315M. It is now sandwiched in between Iron Man 2 and The Lord of the Rings: The Fellowship of the Ring on the all-time domestic chart.

Outside of the top 10 were some well-reviewed debuts that failed to make much of a mark with paying audiences. Marshall opened on 821 screens with an estimated $3M for a per screen average of $3,685. Then there was Professor Marston & The Wonder Women which had one of the worst debuts of the year as it took in only $737,000, according to estimates, from 1,229 theaters for a per screen average of only $600. Not sure what happened here other than perhaps there wasn’t enough marketing to get people excited. Debuting on nine screens this weekend was Goodbye Christopher Robin which managed to take in only an estimated $55,800 for a per screen average of $6,200 – good for wide openings but not for films looking to win awards at the end of the year.