Capturing first place, but with much less than what the industry expected, the sci-fi sequel Blade Runner 2049 launched to an estimated $31.5M 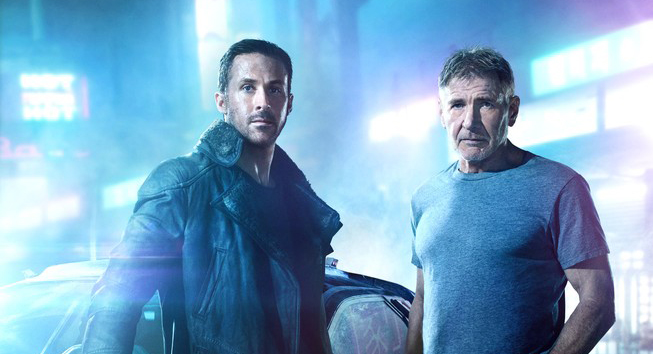 Capturing first place, but with much less than what the industry expected, the sci-fi sequel Blade Runner 2049 launched to an estimated $31.5M topping the North American box office. Opening in 4,058 theaters – a new record high for the month of October – the Warner Bros. release averaged $7,769 per location. Ryan Gosling headlined and Harrison Ford reprised his role from the 1982 film which remains a cult classic. The production budget was north of $150M and the marketing spend was not cheap for the R-rated film.

Many industry watchers expected the new Blade Runner to come within striking distance of the two biggest all-time October openings which were also star-driven sci-fi epics — Gravity with $55.8M and The Martian with $54.3M. Indeed, reviews were outstanding for 2049 but commercial appeal ended up being more narrow to just the sci-fi faithful. Going beyond that core audience proved to be quite challenging.

Sci-fi action sequels typically skew male but studio data indicated that the crowd here was a whopping 71% which is extraordinarily high. Gosling’s appeal to women did not factor in much. 86% was over 25 showing that young adults were not excited enough for this old property to show up in large numbers. Those who did show up did indeed like the movie as the CinemaScore grade was a solid A-.

Sony handles the pricey pic overseas and generated a $50.2M debut weekend with Blade Runner 2049 capturing the number one spot in 45 of 63 markets with the U.K. leading the way at $8M. South Korea and Japan will open later this month and China gets it on November 10.

The Kate Winslet-Idris Elba survival film The Mountain Between Us countered the sci-fi saga by playing to adult women and debuted in second place this weekend with an estimated $10.1M. The PG-13 film averaged a mild $3,271 from 3,088 locations and earned mixed opinions from film critics, though the acting of the leads was praised across the board. Studio data from Fox revealed that the audience was 58% female, 81% over 25, and 52% white. Mountain cost $35M to produce.

Still lingering in the top three for a fifth straight weekend was the horror sensation It which grossed an estimated $9.7M, down a reasonable 43%, smashing the $300M mark in the process. It’s the fifth blockbuster of 2017 to do it. Warner Bros. now stands at $304.9M domestic and the weekend saw another milestone with the global tally crossing $600M. With $298.8M from overseas, It has risen to $603.7M worldwide with Italy and Japan still to come as Pennywise sets his sights on the $700M mark.

Playing to a very different segment of the moviegoing audience was the animated film My Little Pony which opened to an estimated $8.8M from 2,528 locations for a respectable $3,481 average. The PG-rated kidpic from Lionsgate skewed towards young girls and parents and was met with mixed reviews from critics. There is no major competition over the next month so Pony will try to show some legs as the only game in town.

Studio estimates had two films tie for fifth place with an estimated $8.1M a piece with both dropping 52%. Kingsman The Golden Circle ruled the charts over the past two weeks and has climbed up to $80M to date with hopes of joining the century club for Fox. Global is now $253.6M. Universal’s Tom Cruise vehicle American Made is far behind at $30.4M as it aims for a $50M finish – one of his lowest performances of the past 30 years.

Off 42% to an estimated $6.8M was Warner Bros. with The LEGO Ninjago Movie which now sits at $43.8M. Focus expanded its Judi Dench period film Victoria & Abdul nationwide and rose to eighth place with an estimated $4.1M and the second highest average among all wide releases this weekend at $5,658. Total is $6M.

Dropping 42% to ninth place was the thriller remake Flatliners with an estimated $3.8M putting Sony at only $12.3M. Rounding out the top ten was the tennis story Battle of the Sexes which boosted its theater count by 50% and dipped 30% to an estimated $2.4M. Fox Searchlight has collected $7.7M to date.

The top ten films grossed an estimated $93.4M which was dead even with last year when The Girl on the Train opened at number one with $24.5M; and down 13% from 2015 when The Martian held onto the top spot with $37M.