The moments big and small that paved the way for on-screen representation.

August 2018 was a watershed month for Asian-American representation on screen. Crazy Rich Asians was the first Asian-American major studio release in 25 years, and broke box office records in theaters. (It also became one of the best-reviewed rom-coms ever.)Another Certified Fresh film that month, Searching. On streaming, Netflix’s To All The Boys I’ve Loved Before and Hulu’s Minding the Gap got up close and personal with the next generations. Meanwhile, Fresh Off the Boat (already a record-breaker for being an As-Am sitcom that wasn’t cancelled after one season) was priming for its prime time return, and Netflix was in the midst of its stand-up comedy insurgency with specials like Ali Wong: Hard Knock Wife. In the years since, we’ve seen the likes of Minari, Always Be My Maybe, and Driveways score with critics.

Rotten Tomatoes looks at 18 movie and TV milestones that paved the way, some by pebble and some by bulldozer, for Asian-American representation. 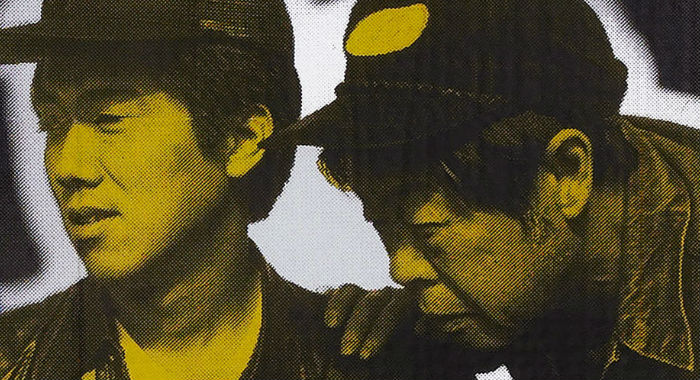 The first Asian-American feature to get a national release and mainstream coverage, so we’ll start here. The title calls out the Charlie Chan detective caricature that was popular 100 years ago and inverts it: a guy named Chan is the one who’s nowhere to be found, and two friends poke around San Francisco looking for him. In a nod to Raymond Chandler, the mystery itself is unimportant; it’s about where the journey goes and what characters we meet along the way. A vibrant portrait of Chinatown life emerges through those characters and their varied, inconsistent descriptions of Chan. Writer-director Wayne Wang appears to be working two big ideas: the search for Chan is the search for Chinese identity in America, and that part of assimilation means disappearing into the diaspora.

Cliches are like writers’ plutonium: blunt with potential power, and when handled improperly, liable to blow up in your face. But do it right, bring in something new, and there can be effective results. Asian-American Pat Morita takes on the cliche sensei role, but dollops of personal drama and backstory allow Morita to find and give his Mr. Miyagi a tempered gravitas, for which he was awarded a Best Supporting Actor Oscar nomination. Director John G. Avildsen, who did obvious wonders with Rocky, gives another improbable sports film that working class glow.

The story of Asian-Americans on-screen, and representation in general, is about the power of image. The less you see yourself on-screen, the more amplified the impact when you do. In this sequel to the surprisingly dark original, Leonardo and squad are joined by Pinoy Ernie Reyes Jr., a New York pizza delivery boy who uncovers their existence. Maybe it’s discordant to give this much importance to a movie that paid Vanilla Ice to talk, but if you were an Asian kid growing up in the ’90s, seeing big Ern’ cut it up alongside your favorite crime-fighting freaks of nature has a lasting effect. In fact, it’s still paying off with stuff like Reyes’ stunt role in the recent Uncharted fan film, starring Nathan Fillion and Stephen Lang.

Family comes up a lot in immigrant stories. When you arrive in a new country unannounced, it’s typically the only thing you have. The conservatism and hierarchy that makes up much of the Asian family structure smashing against American expression and individualism is fertile storytelling ground, and becomes the basis for Ang Lee’s comedy of manners. Winston Chao stars as a gay Taiwanese man who picks a fake wife to show off to his parents, but is happily involved with another man (Mitchell Lichtenstein). In a way, the paucity of Hollywood-standard movies in Asian-American cinema has allowed even more under-served viewpoints to flourish, with LGBTQ films (the recent Spa Night for example, which has a 95% on the Tomatometer) and women-led projects, which we’ll see start ramping up moving forward. 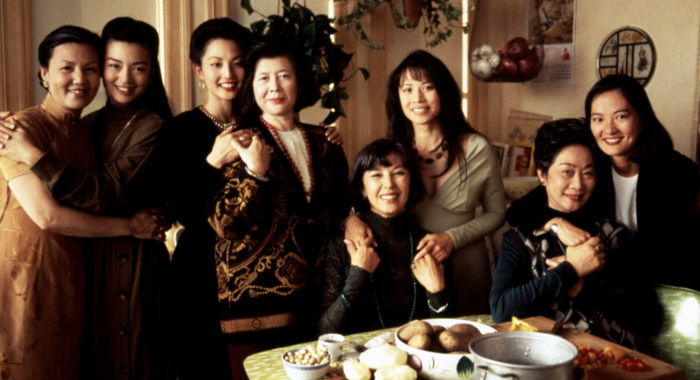 This is the movie commentators are referring to when they say Crazy Rich Asians is the first major studio-produced Asian-American film in 25 years. Based on Amy Tan’s novel, this drama follows four Chinese women (Kieu Chinh, Tsai Chin, France Nuyen, Lisa Lu) who meet up to play mahjong and discuss and reflect on their relationships with their American daughters (Ming-Na Wen, Tamlyn Tomita, Lauren Tom, Rosalind Chao). It was an exploration of the gap between old-school values and new-world freedom, but on a budget and scale not seen up to that point. Joy Luck was a mild box office success, but it endures in conversation due to how vital and unique its remained until now, especially for movies starring women and told through the female perspective.

Margaret Cho’s sitcom, the first to be led by an Asian-American woman, is set in history as a compromised project propped by networks giving every stand-up comic a show, and then subsequently padded with stereotypes. That Girl‘s failure was held up for decades as a reason to not bankroll under-served voices highlights the disproportional cultural weight these endeavors carry, something Crazy Rich Asians itself faces. Still, Cho breaking through to show up on ABC for 19 episodes weekly gave hope and possibility to thousands of young Asian girls, who had even less to look up to than the boys did. CRA‘s Awkafina has said that seeing Cho on television at a young age set her on the path towards performance.

President Gerald Ford’s compassionate Indochina Migration and Refugee Assistance Act, passed in 1975, allowed over 100,000 refugees from war-torn Southeast Asian countries to legally enter the United States. Green Dragon focuses on the South Vietnamese, fleeing total communist takeover after the fall of Saigon, arriving at Camp Pendelton near San Diego to await relocation in America. Patrick Swayze and Forest Whitaker play military personnel, with Duong Don as the assigned camp translator, and the three guide the new arrivals through days of fear and hope. It remains one of the very few movies set in the States told from a Vietnamese perspective. 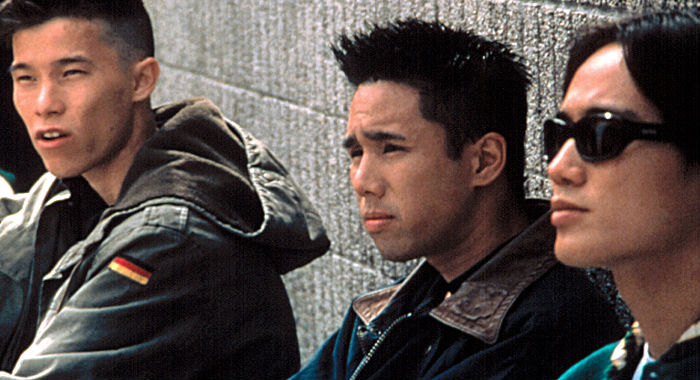 Amoral high school honor students turn to crime in this sardonic dismantling of the model minority myth, from future Fast & Furious helmer Justin Lin. Roger Ebert famously gave the movie an outspoken defense at Sundance, after an audience member confronted Lin on how he could present “his” people in such a low manner outside of the accepted cultural image. This line of questioning is a compelling example of how outsiders are required to navigate the immediate, invisible prejudices of others. 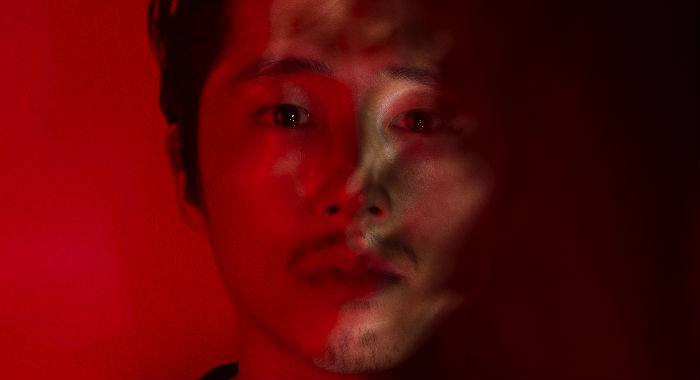 For seven seasons, Glenn Rhee (Steven Yeun) navigated us through the zombie hellscape of The Walking Dead. He matured and surprised, he killed and he loved, and like all of us, spent a long night under a dumpster. Most stories have the character you root for, the one you follow further into the rabbit hole. This time it happened to be the Korean guy. In our Five Favorite Films interview with Yeun, he said, “Glenn kind of sneaks up on people. [He’s] the one that you could just parallel yourself to.” Representation isn’t just shallow theatrics — it’s about finding the anchor that you can hang the most of yourself onto, to invest more fully in the picture.

After director Justin Lin took over and Sung Kang joined as Han in Tokyo Drift, the Fast & Furious series would emerge as the most inclusive, if not ridiculous, property rolling around the movie biz. Drift wasn’t a box office hit, and follow-up Fast & Furious posted the franchise-worst Tomatometer at 29%, so kudos to Universal (whose media umbrella Rotten Tomatoes falls under) for allowing Lin to drive on. Next came the groundbreaking Fast Five, which saw critics finally giving in to the series’ absurd pleasures and giving its first Certified Fresh entry, as Lin doubled down on making its cast as diverse (and attractive) as possible.

The original ’60s Star Trek series proclaimed to boldly go where no one had gone before, and this time that includes beyond Gorns and Tribbles. Trek‘s ongoing mission also had earthbound accomplishments, like casting the first African-American woman in a major TV role (Nichelle Nichols as Uhara), alongside an Asian-American: George Takei, who played Sulu. Doc To Be Takei explores Takei’s legacy and relationship with Trek, while illuminating his life’s journey from growing up in California during World War II, to his blooming into savvy social media icon. This also includes the pain of being placed in internment camp during the war, and the Broadway musical Allegiance that experience inspired. 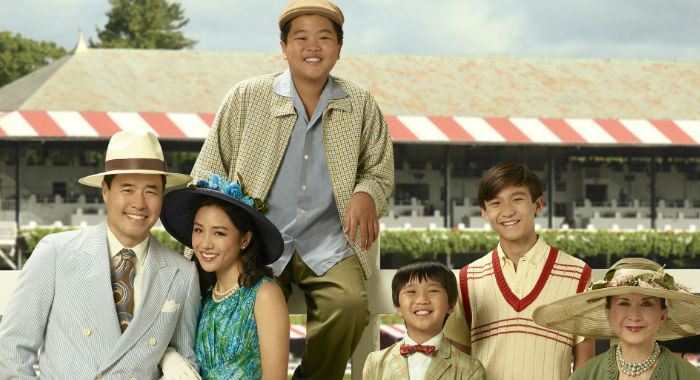 ABC’s second try at an As-Am sitcom, with considerably more lucrative results than All-American Girl. It was rough waters at first, especially when Eddie Huang, who wrote the original source memoir, left and disavowed the sitcom. The second season refocused on the parents — affably sweet Louis (Randall Park) and driven Jessica (Constance Wu, who is the lead in Crazy Rich Asians) — and the show has been a prime time fixture ever since, even now hitting enough episodes for syndication once its upcoming fifth season wraps.

Wong approached celebrity status for being a Fresh Off The Boat staff writer during the first three seasons, but it’s her stand-up routine that now plants her in the spotlight. Wong’s raw and filthy material has massive crossover appeal, despite how specific her jokes are to a Chinese/Vietnamese-American experience combined with a marriage to a Filipino/Japanese man. Comedy, it turns out, gets funnier when you sweat the details. Between this and her previous Netflix special Baby Cobra, Wong laughs at dehumanizing stereotypes as a means to strip them of their power. She tears off labels like an old bandage and, in her own explicit way, finds the real woman beneath.