Plus, Mary Poppins Returns, Bumblebee, The Favourite, and Vanity Fair are Certified Fresh, but Second Act and Welcome to Marwen disappoint. 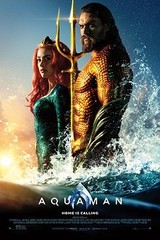 Aquaman may not be the coolest or most popular DC Comics character to find his way to the big screen, but if Jason Momoa has any say in the matter, the chracter’s reputation is about to change. In his first solo outing, the half human, half Atlantean prince must contend with not only a threat of war from his home kingdom but also an adversary with a personal vendetta. It’s a swirl of special effects and blockbuster action that critics say is appropriately super-sized and a welcome continuation of the fun, lighter tone of Wonder Woman, and it’s aided by a stellar cast that includes Amber Heard, Nicole Kidman, Willem Dafoe, and Patrick Wilson. That said, Aquaman‘s over-the-top antics may not be for everyone, and those in search of a decidedly less CGI-driven movie will almost certainly want to look elsewhere. 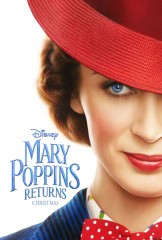 How do you follow up a celebrated classic movie musical featuring one of Hollywood’s favorite stars with over half a century’s worth of adoration lavished up on it? It certainly doesn’t hurt if you cast someone of, say, Emily Blunt’s caliber in the central role and recruit multiple Tony Award-winner Lin-Manuel Miranda to bring life to some of the big song-and-dance numbers. In Mary Poppins Returns, Blunt plays the magical nanny, who pays a visit to now grown-up Banks children Michael (Ben Whishaw) and Jane (Emily Mortimer) in order to impart a few more life lessons to Michael’s own three children. While it’s near impossible not to invite comparisons to the 1964 Julie Andrews original, critics say Emily Blunt is charming in the role, and Mary Poppins Returns succeeds in channeling its predecessor’s familiar magic to deliver a satisfying, whimsical adventure for the whole family. 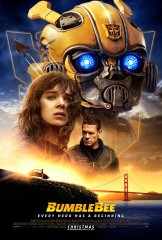 The films of the Transformers franchise have never been critical darlings (the first is the highest-rated at 57%), but they’ve consistently made boatloads of money, so it wasn’t altogether surprising that, after five installments, Paramount decided it was time for a spinoff. The result is this week’s Bumblebee, a prequel story set in 1987 that recounts the fan-favorite sidekick’s first days on Earth as an Autobot scout tasked with setting up a base of operations. His efforts are thwarted by a pair of Decepticons, and suffering from amnesia, he befriends a teenager (Hailee Steinfeld) who helps him get his groove back. Directed by Travis Knight (Kubo and the Two Strings), Bumblebee has drawn the best reviews of the franchise from critics who say its focus on a smaller-scale story, its revamped retro character designs, and its emphasis on genuine emotion make it a series standout, and it’s already Certified Fresh. 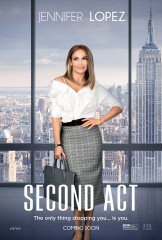 If there’s any time of the year best-suited for wish fulfillment, it’s the holiday season, and if there’s any actress best-suited to play a working woman who overcomes unlikely odds on the way to success, it might be Jennifer Lopez. In Second Act, Lopez plays struggling retail manager Maya, who is mistakenly hired as a high-level marketing consultant and uses the opportunity to turn her life around. Unfortunately, while critics say Lopez is clearly committed to her role and the film aims for the heart with its feelgood message, it’s also suffers from unusual tonal shifts, an unfocused narrative, and shopworn platitudes. That said, it works as a bit of counterprogramming against the big-budget fare opening this week and might serve as a pleasant enough diversion for anyone who knows what they’re getting into. 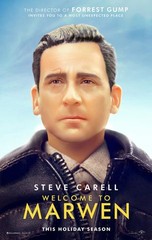 In 2000, a man named Mark Hogancamp was severely beaten outside of a bar and suffered a nine-day coma that left him with partial brain damage. Unable to recall much of his life before the incident, he found comfort in crafting a miniature World War II-era town in his back yard as a form of therapy. Hogancamp’s story came to public attention with the help of a photographer who discovered his work and the acclaimed 2010 documentary Marwencol, but this week, it gets the biopic treatment courtesy of director Robert Zemeckis and star Steve Carell, who plays Hogancamp himself. Mixing live-action with fantastical recreations of Hogancamp’s unique art, Welcome to Marwen follows the tragic events that resulted in Hogancamp’s condition and explores his relationships to the powerful women he depicts in his work. Unfortunately, critics say the film largely fails to comprehend why Hogancamp’s journey is so remarkable, choosing instead to lather on phony sentimentality and focus more on showcasing its spectacular effects than the human story at its core. 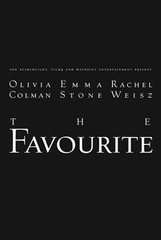 In the first of two films based on true stories about regal squabbling that are expanding into wide release this week, we have Yorgos Lanthimos‘ The Favourite. The film stars Olivia Colman as 18th century British monarch Queen Anne, Rachel Weisz as the Queen’s advisor and secret lover Sarah Churchill, and Emma Stone as Abigail Hill, the younger cousin of Sarah who schemes to repair her tarnished reputation by replacing Sarah as the Queen’s “favourite.” Critics say the performances from all three stars, as well as the razor-sharp writing from Deborah Davis and Tony McNamara, are stellar, and Lanthimos’ wry sense of humor fits perfectly into the perdiod setting and darkly comic history being depicted. It’s already won a number of awards heading into Oscar season, so don’t be surprised to see it when the nominations are announced. 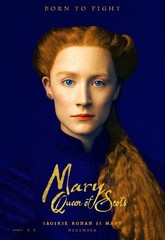 Two weeks ago, when there were no new films opening in wide release, we chose to lead with a period drama that was only hitting 4 theaters. So of course it had choose the week when we had 6 other wide releases to expand. For those of you who missed it last time, Academy Award nominees Saoirse Ronan and Margot Robbie co-star as Mary Stuart and Queen Elizabeth I, respectively, in Mary Queen of Scots, which focuses on the former’s return to the Scottish throne and her challenge to the latter’s claim over Scotland. Critical reaction to the film has waned quite a bit since its initial release, but most still agree that its two celebrated young stars are consistently compelling to watch, even if it all doesn’t quite add up to the sum of its impressive parts. If you read about Mary Queen of Scots here two weeks ago and lamented the fact that it wasn’t playing near you, go and check again, and you may find yourself spending an evening with Ronan and Robbie. 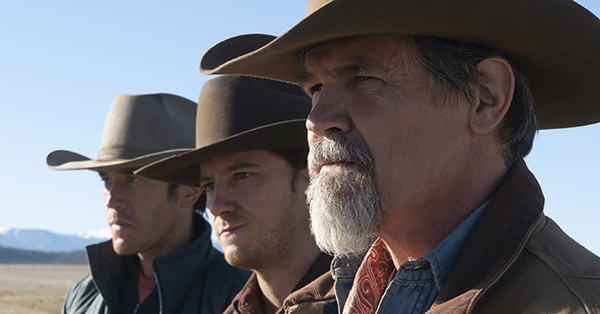