An Emoji Movie Is Coming, Jurassic World Gets a Sequel, and LeBron James Could Star in Space Jam 2

Plus, The Sword in the Stone goes live action, Benicio Del Toro's in talks for Star Wars Episode VIII, and Leonardo DiCaprio might join an El Chapo movie.

This week’s Ketchup covers ten headlines from seven days from the realm of film development news.  Included in the mix are headlines for such future films as Baywatch, Jurassic World 2, Minecraft, Disney’s The Sword in the Stone, and Star Wars Episode VIII.

YOUR PHONE’S SMILEYS GET THEIR OWN MOVIE: EMOJI 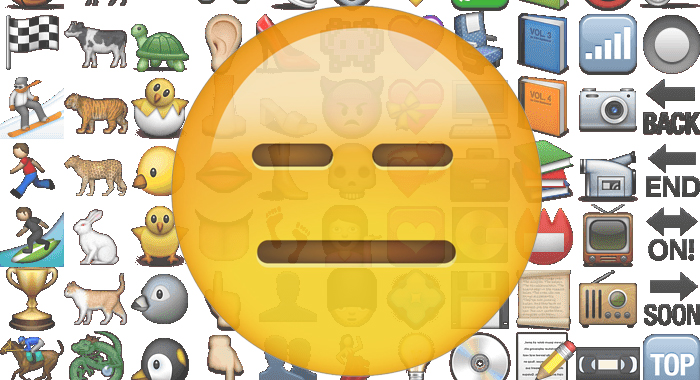 The success last year of The LEGO Movie has inspired a few non-narrative movie projects to follow in its way, including Play-Doh, Hello Kitty, various other LEGO sequels and spinoffs, and Minecraft (see below). One of the most surprising projects (depending upon your cynicism) that can be compared to The LEGO Movie happened this week. After a high-pitched bidding war, Sony Pictures Animation has won, in a deal worth nearly $10 million, the feature film rights to the Emoji. Formerly popularly called “Smileys,” Emoji are the increasingly varied faces, usually yellow, that one finds available on smart phones, message chat, and other electronic forms of communication. Somewhat bizarrely for a deal that ended up with such a large scale, Emoji does not itself directly involve any sorts of rights, but the money was spent regardless. Like The LEGO Movie, those little “Emoji” icons do not have any pre-existing narrative structure on which to base a movie, which could be seen as a weakness in structuring the story, but it’s also potentially the grounds for wide open creativity for the writers Sony Pictures Animation hires to adapt the film. And those writers will be Eric Siegel, one of the producers of Men at Work, and Anthony Leondis, who wrote and directed the 2008 animated film Igor, and cowrote and codirected the direct-to-video sequel Lilo & Stitch 2: Stitch Has a Glitch.  Sony Pictures has not yet set a release date for their Emoji movie. :O 😉 🙂

Thanks to recent events like Lucasfilm’s panel at San Diego Comic-Con, we now know that three of the villains in this December’s Star Wars: The Force Awakens will be played by Domhnall Gleeson (Ex Machina), Gwendolyn Christie (HBO’s Game of Thrones), and Adam Driver (HBO’s Girls) (see a pattern there?). This week, we learned who Lucasfilm and director Rian Johnson (Looper) are talking to about playing the next big Star Wars villain. Benicio Del Toro is now in talks to costar as the main villain in Star Wars Episode VIII (5/26/17) (which will probably get a new title before release). Del Toro can currently be seen in theaters as the title character in Escobar: Paradise Lost, and he also has The Little Prince, Sicario, Weightless, and A Perfect Day coming soon.

Fairly frequently, in the arena of film development news, a story will break which is solidly in the “well, duh” category, but it’s still big news because of what exactly the story is about. Such is the case with the announcement this week that Universal Pictures has scheduled a sequel to Jurassic World (AKA the 5th Jurassic Park movie) for June 22, 2018. Director Colin Trevorrow won’t be returning in that position, but he will cowrite the script with Derek Connolly, his partner on both Jurassic World and Safety Not Guaranteed. Chris Pratt and Bryce Dallas Howard, whose characters did not die in Jurassic World (spoilers!), will be returning to star in the forthcoming sequel.  It’s not yet known what this sequel will be about, exactly, though Jurassic World did certainly leave a few hints.

Having proven itself in the television arena, Netflix is increasingly setting its sights set on succeeding in feature films as well. Netflix has made a deal with Angelina Jolie Pitt (yes, she’s changed her name) for her to direct the memoir adaptation First They Killed My Father.  The book by Loung Ung depicts her ordeal as a survivor of the massacres committed by the Khmer Rouge in Cambodia in the 1970s, which included becoming a child soldier in a labor camp. Jolie-Pitt cowrote the script with Loung Ung, and will also produce the adaptation for Netflix, who will release First They Killed My Father on their streaming service in late 2016, as well as submitting the film to major film festivals and screening it in time for consideration in the 2016-2017 awards season.  The 1984 film The Killing Fields was also about the Khmer Rouge atrocities, and was nominated for 7 Academy Awards, winning three (Supporting Actor, Cinematography, and Film Editing). Along with Brad Pitt, Jolie herself adopted her first child, Maddox, from an orphanage in Battambang, Cambodia, and has been active with international causes supporting orphans, refugees, and child immigration.

4. THIS WEEK IN LIVE ACTION DISNEY REMAKES: THE SWORD IN THE STONE

It really does seem like we hear about a new live action adaptation of a Disney animated movie almost every week, and that notion was definitely supported this week.  Following on the heels of last week’s news that Walt Disney Pictures is developing a live action prequel to Aladdin called Genies, we have another such movie this week. This time, the news is about a live action remake of Disney’s 1963 take on the King Arthur myth, The Sword in the Stone, which was also a loose adaptation of the novel by T.H. White. For this fantasy adaptation, Disney has hired Bryan Cogman, one of the writer-producers on HBO’s Game of Thrones, to adapt the script. It’s worth noting that this now puts Disney’s The Sword in the Stone in competition with Warner Bros’ multiple-film franchise, which will start with Knights of the Roundtable: King Arthur (7/22/16). Some of Disney’s other live action remakes include The Jungle Book (4/15/16), Alice Through the Looking Glass (5/27/16), Pete’s Dragon (8/12/16), Beauty and the Beast (3/17/17), Night on Bald Mountain, Dumbo, Prince Charming, Winnie the Pooh, Genies, and Mulan.

5. WE’RE NOT GOING TO MAKE JOKE HEADLINES ABOUT AMY POEHLER AND BALLS

A few days after Trainwreck was released to success, and with the Poehler/Fey movie Sisters coming this December, Universal Pictures has locked down one of their female comedians down for another film. Amy Poehler will produce and star in a basketball comedy currently known as Balls (a title which has not yet been finalized, in a last minute update). Poehler will play “a once-promising basketball coach who is asked to lead an NBA team” in the comedy. Ike Barinholtz, one of the stars of The Mindy Project, will also costar and cowrite with David Stassen, one of the producers of The Mindy Project. Poehler is currently filming the gambling comedy The House with Will Ferrell, and the Barinholtz/Stassen partnership is also behind the spy comedy Central Intelligence, starring Kevin Hart and Dwayne Johnson.

6. LEONARDO DICAPRIO MAY STAR IN “EL CHAPO” DRAMA THE CARTEL

Just two weeks after his recent escape from prison, the Mexican drug lord known as “El Chapo” has inspired 20th Century Fox to move quickly on a movie based upon a novel in which El Chapo is a central figure. Yesterday, all in one day, we received two significant announcements about the film, called The Cartel. First, we heard that director Ridley Scott had signed on to direct The Cartel for Fox.  The deal was reportedly struck late Wednesday night as other studios were also making their bids to both Scott and the book’s author Don Winslow. A few hours later, the news broke that Leonardo DiCaprio is now in talks to star in The Cartel as a fictional DEA agent whose friend is a member of El Chapo’s Sinaloa drug cartel. The script for The Cartel will be adapted by screenwriter Shane Salerno (Armageddon, Savages).

Hollywood usually needs about three years to fully respond to box office surprises big enough that equivalent projects weren’t already in development. One such movie that has inspired similar projects (such as our headline, the Emoji movie) was last year’s The LEGO Movie. That film’s studio, Warner Bros, now has a slate of several spinoffs and sequels for The LEGO Movie (including The LEGO Batman Movie, Ninjago, The LEGO Movie 2, and The Billion Brick Race, all scheduled between 2017 and 2019). One of Warner Bros’ other development projects, which shares with LEGO the concept of “world building” using bricks, is the video game adaptation Minecraft. Last year, when the film was first announced, the attached director was Shawn Levy (Real Steel, Night at the Museum), but Levy has apparently left the project. Instead, this week, Mojang (the company behind Minecraft) announced that the project’s new director will be Rob McElhenney. Best known as one of the stars of TV’s It’s Always Sunny in Philadelphia, McElhenney has also directed a few episodes of that show, and has been looking for a while to make his feature film directorial debut. It’s not yet known exactly how the Minecraft movie will adapt the game’s premise to the big screen (live action? CGI? a hybrid of both?).

We don’t see quite as many TV show adaptations making their way to the big screen these days, in deference to other trends, but there are a still few that are making their way through “development hell.” One such long-running project is at Paramount, a studio currently hungry for good projects in a year where they only have 5.7% of the market share. Paramount Pictures is making moves on that project, which is an adaptation of the hit 1990s “swimsuit jiggle cam” TV series, Baywatch. To that end, Paramount has hired director Seth Gordon, whose filmography includes Horrible Bosses and the video gaming documentary The King of Kong: A Fistful of Quarters.  Dwayne Johnson is attached to star in the comedy, which is reportedly striving to tackle Baywatch in the same vein that 21 Jump Street adapted the Johnny Depp show. Filming of Baywatch is scheduled to start in early 2016, probably aiming for a release sometime in 2017.

Rotten Idea of the Week

If you follow movie deal news, or basketball celebrity news, you might remember that last year there were online rumors about LeBron James starring in Space Jam 2. That would, as the speculated title makes clear, be a sequel to the 1996 movie where the Looney Tunes (Bugs Bunny, Daffy Duck, etc.) take on an alien team that stole the basketball skills of 1990s star players like Michael Jordan, Patrick Ewing, Charles Barkley, and Muggsy Bogues. Bill Murray was also in that movie. Anyway, the Space Jam 2 speculation was revived this week with the news that LeBron James’ Spring Hill Entertainment production company has made a deal with Warner Bros, the studio that owns the Looney Tunes characters, and Space Jam. The thing is, the actual news stops right there, mentioning no specific projects that Spring Hill and Warner Bros might make together. Really, the only movie mentioned is last week’s Trainwreck, in which LeBron James made his feature film debut (for WB’s rival studio, Universal Pictures).  Anyway, we’re calling this the week’s Rotten Idea in case the speculation is correct, and this deal really does lead to Space Jam 2, since the first movie has a Rotten Tomatometer score of just 35 percent.