Critical Consensus: Here's To You, "Robinsons"; "Blades" Needs Sharpening; "Lookout" Worth A Look

This week at the movies, we’ve got trips to the future ("Meet the Robinsons," starring Angela Bassett), ice-capades ("Blades of Glory," starring Will Ferrell and Jon Heder), and ill-conceived bank heists ("The Lookout," starring Joseph Gordon-Levitt). What do the critics have to say?

Lewis, the main character in "Meet the Robinsons," joins a long line of orphaned Disney protagonists that includes Bambi and Mowgli. And while "Robinsons" may not be up to the level of those Disney animated spectacles of old, critics say it’s a fun ride nonetheless. In his quest to find a family that will take him in, Lewis is instead whisked away to the future, where he encounters singing frogs, dinosaurs, and flying cars — all in three dimensions! The critics say the action in "Meet the Robinsons" is so frenetic that it makes the antics of Tigger seem positively sedate, but it’s also witty and touching. At 76 percent on the Tomatometer, the pundits are sending a warm coo coo ca-choo to "Meet the Robinsons."

For those of you who’ve long wondered what the nexus between "The Cutting Edge" and "Elf" would look like, wait no longer: "Blades of Glory" is here. Will Ferrell and Jon Heder star as rival figure skaters who, after an embarrassing throwdown at the World Championships, team up for a shot at redemption. Critics say "Blades of Glory" has its share of laughs and an air of transcendental silliness, but it’s not disciplined enough to ensure that those moments translate into a successful whole. At 63 percent on the Tomatometer, "Blades" ain’t dull, but it isn’t sharp enough, either.

"This is our assistant. If you think she’s cute now, you should’ve seen her a couple years ago."

Joseph Gordon-Levitt may not be Robert Mitchum, but with "Brick" and, now, "The Lookout," he’s carving out a distinct niche in the world of film noir. Gordon-Levitt plays a brain-damaged janitor who gets roped into a bank-heist scheme, and then attempts to turn the tables. Critics say screenwriter Scott Frank ("Out of Sight," "Minority Report"), in his directorial debut, does a terrific job creating believable characters, sharp dialogue, and an engrossing storyline, while Gordon-Levitt continues to prove he’s a talent to watch. At 82 percent on the Tomatometer, you may want to "Lookout" for this one.

Also opening this week in limited release: "U-Carmen," a version of Bizet’s opera set in contemporary South Africa, is at 100 percent on the Tomatometer; "Killer of Sheep," Charles Burnett’s seminal, long-lost examination of life in Watts, is at 93 percent; the Oscar nominated Danish import "After the Wedding" is at 84 percent; "Summer in Berlin," a tale of two women who are unlucky in love, is at 80 percent; the re-released "Peaceful Warrior," a philosophical gymnastics movie starring Nick Nolte, is at 21 percent; and "The Hawk is Dying," starring Paul Giamatti and Michelle Williams, is at 18 percent.

And finally, we’d like to give a special shout-out to -eternity- (whose moniker is an obvious reference to the work of Greek director Theo Angelopoulos) for coming closest to guessing "The Hills have Eyes II"’s 15 percent Tomatometer. Eternity, treasure this victory forever. 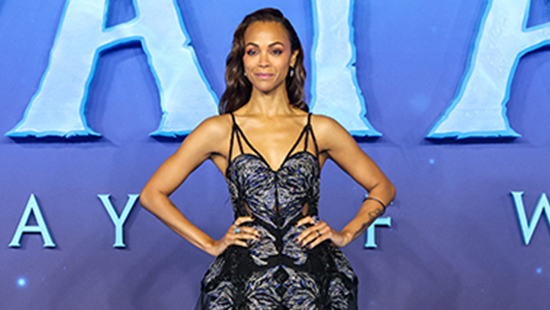