HBO strikes again in the Golden Tomato Awards, the year after Watchmen ruled multiple categories, Lovecraft Country takes the top spot in the sci-fi/fantasy category. The series, which stars Jonathan Majors and Jurnee Smollett, takes its inspiration from the weird and horror fiction of H. P. Lovecraft. Season 2 of The Mandalorian docks in the second spot – Baby Yoda on board! – while last year’s winner in the category, Dark, finds its third season at No. 3 and a double dose of Star Trek — Discovery season 3 and the first season of Picard — rounds out the top 5. All were Certified Fresh as of December 31, 2020, at 11:59 p.m., the cutoff for our television categories in 2020’s GTA awards, which, due to the theatrical shutdown, split the deadlines for film and television. (Sorry, The Expanse fans — season 5 didn’t make the TV cutoff.)

The order of the rank below reflects the Adjusted Score as of December 31, 2020. Scores might change over time.

#2
Adjusted Score: 95.036%
Critics Consensus: With fan favorites and fresh faces galore both in front of and behind the camera,The Mandalorian's sophomore season solidifies its place as one of Star Wars's most engaging and exciting sagas.
Synopsis: The Mandalorian and the Child continue their journey, facing enemies and rallying allies as they make their way through a... [More]
Starring: Pedro Pascal, Gina Carano, Giancarlo Esposito, Emily Swallow
Directed By: Jon Favreau, Dave Filoni, Taika Waititi, Bryce Dallas Howard 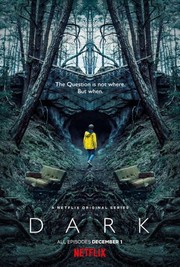 #4
Adjusted Score: 92.606%
Critics Consensus: With less canonical baggage and a welcome dose of character development, Discovery continues to forge its own path and is narratively all the better for it.
Synopsis: After following Commander Burnham into the wormhole in the second season finale, season three of STAR TREK: DISCOVERY finds the... [More]
Starring: Sonequa Martin-Green, Jason Isaacs, Michelle Yeoh, Doug Jones

#5
Adjusted Score: 91.618%
Critics Consensus: Anchored by the incomparable Patrick Stewart, Picard departs from standard Starfleet protocol with a slower, serialized story, but like all great Star Trek it tackles timely themes with grace and makes for an exciting push further into the final frontier.
Synopsis: At the end of the 24th Century, and 14 years after his retirement from Starfleet, Jean-Luc Picard (Sir Patrick Stewart)... [More]
Starring: Patrick Stewart, Alison Pill, Evan Evagora, Harry Treadaway
« Previous Category Next Category »