Plus, the Game of Thrones reunion, Veronica Mars drops new season, The Boys renewal, and more.

On the second day of Comic-Con, the TV gods gave to us: The Walking Dead movie news, The Witcher trailer, Game of Thrones goodies, and many more TV tidbits. Read on for our dispatches from San Diego.

.@DanaiGurira confirms #TheWalkingDead Season 10 will be her last, says her heart will never leave. “TWD Family is forever, and it never ends. It was a very difficult decision, but it was about my calling and other opportunities I wanted to explore.” #SkyboundSDCC pic.twitter.com/qIPbAtZVWo

Major Walking Dead news out of Hall H: First, Danai Gurira, a.k.a. Michonne, confirmed that she’ll be leaving the series in the upcoming tenth season. By the way — creator Robert Kirkman confirmed that just because the comic series has ended does not mean the show is going anywhere any time soon. As Gurira exits, Thora Birch and Kevin Carroll are joining the cast for season 10. According to executive producer Gale Ann Hurd, Birch is playing “Gamma, a Whisperer who is fiercely protective of Alpha,” and Carroll is a new character named Virgil who “encounters some of our group. He’s going to be desperately trying to get home to his family.”

The season will contain the comic story line The Whisperer War. And most importantly, you can watch the action-packed season 10 trailer, which debuted at the panel, right now.

Another important bit of information: The three movies starring now-departed lead Andrew Lincoln that were originally supposed to air on AMC will instead be released theatrically.

Rick Grimes is returning to #TheWalkingDead in an untitled movie coming exclusively to theaters. pic.twitter.com/NMZbfq8nEN

They Laughed, They Cried, They Drank Out of Cups Like That of the Now-Infamous Game of Thrones Coffee Cup–Gate Incident 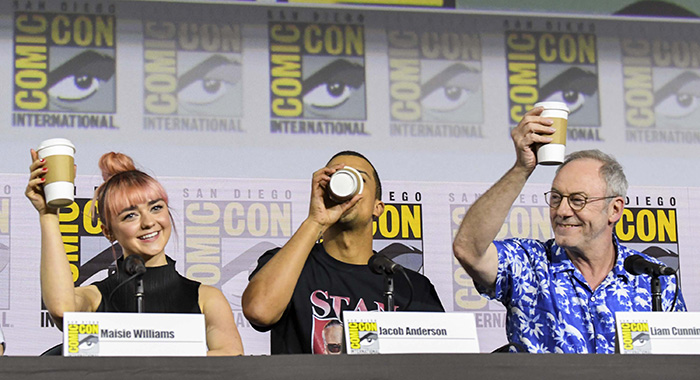 Game of Thrones cast members took the Comic-Con Hall H stage to say farewell and thank fans for 10 years of support.  Maisie Williams, Nikolaj Coster-Waldau, Liam Cunningham, Jacob Anderson, Isaac Hempstead Wright, Conleth Hill, and John Bradley recalled some of their finest moments and favorite quotes from the series. As moderator James Hibberd of EW noted at the outset, there were no spoilers to avoid.

“For the record, I loved all my ten years on #GameofThrones…it was a life-changing experience.” – Conleth Hill on the series. #GoTSDCC

We’ll return with more on this panel and some of the more meaningful moments and controversial statements; for one, Bradley still refuses to accept blame for that other now-infamous incident with the water-bottle. 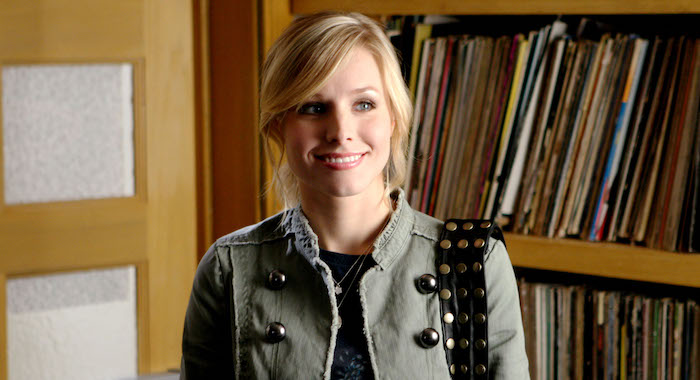 The crowd in Ballroom 20 was already psyched that their favorite private detective and her friends got the gang back together for a fourth season on Hulu 10 years after the series originally ended, but Veronica Mars star Kristen Bell made the reunion panel, which featured a screening of the revival’s first episode, even sweeter for her Marshmallows: as a “birthday present” for Bell, Hulu released all eight episodes of the season a week early.

The Dark Crystal Wait Is Almost Over

It’s only been a 37-year wait for Netflix’s upcoming series Dark Crystal: Age of Resistance, which hits the streaming service August 30. It was Netflix who championed the idea of a prequel series featuring the puppet aesthetic from the classic film, Lisa Henson shared with select members of the press earlier in the day.

Though there will be some CG effects featured, director Louis Laterrier explained they will just be there to “enhance it here and there.”

The cast features plenty of big names, who all came together with a shared love of Henson’s vision and work.

“I loved how daring and dark [The Dark Crystal] was as opposed to the other projects associated with the Muppets,” Mark Hamill, who voices the Scientist, shared to a packed Hall H crowd. “The script for Age of Resistance is very very good. I don’t care about the trappings of the salary or whatever. You look for projects that are a challenge and stuff you’d like to see and it definitely falls into that category.”

“I bit Louis’ hand off when I got the opportunity to do this. It was an amazing experience.”

Henry Cavill (Mission Impossible – Fallout) once again confessed his love of The Witcher video game series — but this time in front of a packed Hall H panel. When clips and a teaser for the Netflix series based on the best-selling fantasy book series,  started rolling, the crowd cheered every sword swing by his monster-hunter hero, Geralt of Rivia. Showrunner Lauren Schmidt Hissrich and cast members Anya Chalotra (Yennefer) and Freya Allan (Ciri) joined the former Man of Steel to treat fans to the first look at the series.

Renewed for Season 2 Ahead of Its Debut, Amazon’s The Boys Shows How Bad Good Can Be 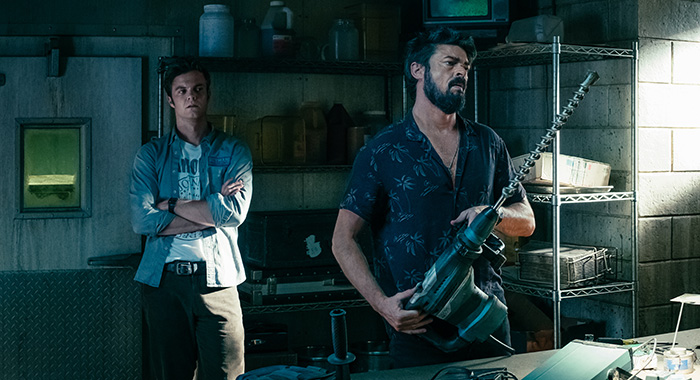 Amazon’s upcoming series The Boys tells the tale of five (mostly) ordinary people who take it upon themselves to cut superheroes down to size. It is not the most shocking idea in the series based on the comic book by Garth Ennis and Darick Robertson, but what viewers will find shocking is the behavior of the superpowered beings on the show.

And as executive producer Eric Kripke told a group of reporters at Comic-Con International: San Diego on Friday, real life superheroes would be “Super- Bill Cosby.” The statement stunned those assembled, to which the quick-witted Kripke responded “Is that too soon? Are there still f—ing Bill Cosby fans?”

His reference to the disgraced comedian and television star who was convicted of aggravated indecent assault in 2018 gets to the heart of the series, in which superheroes are indeed bad actors abusing their abilities to behave like debauched sports stars or Instagram celebrities.

It’s provocative material, which may be why Amazon has already renewed the series before its first has even premiered. “We’re half-way through filming the second season of The Boys,” executive producer Seth Rogen said at a fan panel later that day.

Amazon’s upcoming Carnival Row is interesting mix of Victorian iconography, fairy mythology, detective show. And while appearing at the program’s Ballroom 20 Comic-Con panel, star Cara Delevingne zeroed in on one aspect of Victorian fashion which exemplifies many of the issues the series confronts: corsets.

“Corsets suck,” she said when asked about the period details utilized on the the 8-episode series. “They were meant to make women feel put in their place.”

Co-star Tamzin Merchant added a more practical issue while acting in one, saying, “It’s hard to have an argument in a corset.”

Delevingne noted you can still get angry in one. She also noted Carnival Row’s unique twist on the undergarment with a design made especially for fairy folk, like her character Vignette. Working for Merchant’s rich and spoiled Imogen, Vignette is forced to tied down her fairy wings with an especially-made corset to hide the appendages. To the actor, it is a symbol of the way the fairies — immigrants in the story’s more human world — are meant to hide themselves in a restricted society.

“I wish Amazon could give me real wings,” Delevingne added. Though challenging, she said getting the experience of pretend flying was amazing with the “sense of freedom” her character enjoys when not strapped down by societal expectations.

“It’s Dickensian with its scope,” creator Travis Beacham explained. Consequently, few ideas on the show will be as simple as Delevingne’s declaration that corsets suck. As he put it, “It’s about finding the most complex answer.”