Director Andy Muschietti, Jessica Chastain, James McAvoy, Bill Hader, and the rest of the cast kicked off the first night of Comic-Con with a bang. And a little bit of clown tongue.

Can IT: Chapter 2 Live Up to the Hype?

We’re diving in to today’s terrifying new trailer for IT Movie: Chapter 2 – will it live up to the hype?

Conan O’Brien said that he landed the gig hosting the event because of how much he resembles Pennywise the Clown, “in that he’s pale and frightens children.” To really drive that home, everyone who attended the #ScareDiego event this year received a Funko Pop! of Conan O’Brien as Pennywise.

In addition to the panel interview with Muschietti and the cast, ScareDiego 2019 also featured three exclusive (until September 6, anyway) sneak peaks at scenes from It Chapter Two, plus the full trailer ahead of its debut online Thursday. The first scene shows the reunion of the Losers Club at a Chinese restaurant as the return of Pennywise 27 years later brings them together again to finish what they started back in the late 1980s.

The second scene focused on James McAvoy’s Bill character, who follows a young boy through a carnival funhouse (complete with trick mirrors), in what will actually be the second such sequence in 2019 after Lupita Nyong’o and her younger self both went through something similar in Jordan Peele’s Us. One has to wonder if Joaquin Phoenix’s Joker (10/4/2019) might end up in a funhouse at some point as well (considering one was central to the classic Joker story, The Killing Joke). 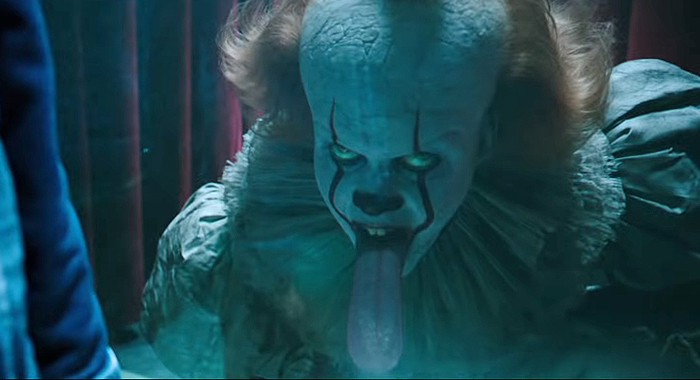 Lastly, the third scene previewed at ScareDiego was the one that has Stephen King fans talking the most, as it’s a departure from the events in King’s original novel. The adult Losers return to the run-down old house on Niebolt Street, leading to a frightening scene that people on Twitter frequently compared to John Carpenter’s The Thing.

For now, most fans will only be able to read about those three scenes, but you can now watch the full It Chapter Two trailer, which plays out with lots of quick glimpses at various scares and scenes of ill ease. The centerpiece is the aforementioned carnival sequence, and around the 2:04 mark, we see Chastain covered in blood. Referring to that scene, Chastain called It Chapter Two “Carrie on steroids,” saying that they used 4,500 gallons of fake blood, most of it on her. Her reaction? “It’s rad.” 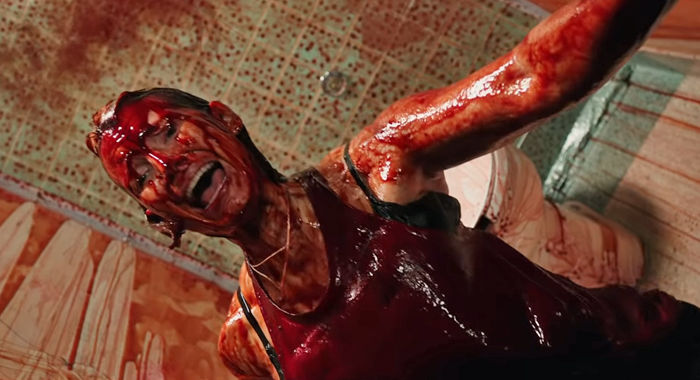 Since ScareDiego is a horror event, the panel touched upon subject quite a bit. Bill Hader said that acting “scared” can be very difficult for him because his natural reaction when frightened is to smile, which doesn’t “sell” horror as well. Hader also recounted a time when he was Facetiming with his kids from the set of the film and Bill Skarsgard popped up over his shoulder — in his full Pennywise costume — to freak the kids out. Jessica Chastain revealed that her mom showed her The Exorcist when she was just 7, and James McAvoy described a nightmare he had of Pennywise stroking his hair, saying, “Time to wake up, James.”

The panel interview also featured a few funny revelations, too. When Andy Bean talked to Wyatt Olef, who played the younger version of his character, Stanley Uris, Wyatt told him, “I wanted Joseph Gordon-Levitt.” Director Andy Muschietti and his frequent collaborator Jessica Chastain ended the panel by showing off their singing tradition from the start of each shoot, singing a bit of the 1926 Tinpan Alley classic “Tonight, You Belong to Me” by Billy Rose and composer Lee David. 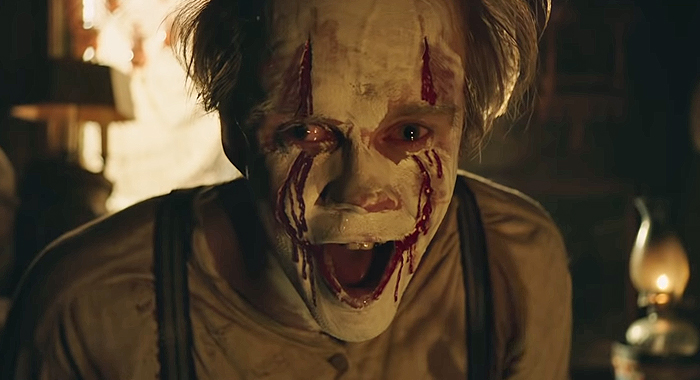 As for what the future might have in store for us, Muschietti revealed that he’d also love to remake the 1981 classic werewolf film (and franchise starter) The Howling. Given how much Muschietti appears to enjoy casting and working with Jessica Chastain (she also starred in his Mama), one has to wonder if perhaps she could star in The Howling as the news journalist who ends the movie with an iconic reveal.

The saga of the Losers Club and their 27-year-old fight with Pennywise the killer clown will conclude when It Chapter Two creeps back into theaters on September 6, 2019.