From Us to Candyman and more, we look at every film and TV series on the producer/director/star's schedule. 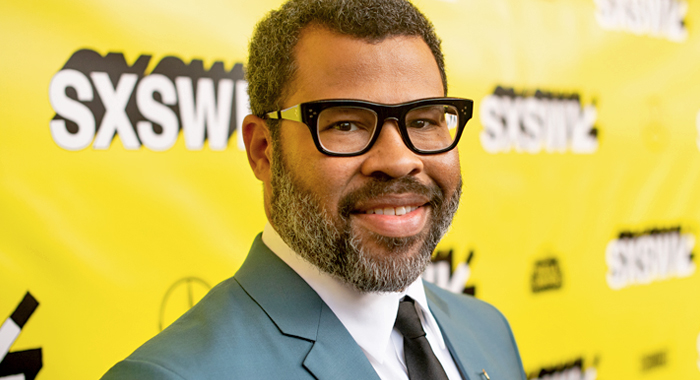 In 2015 when Jordan Peele ended his wildly popular sketch comedy show Key & Peele, we were more than a little heartbroken — oh, the gifs that we have missed. Some may have questioned walking away from the show at the peak of its popularity, but then Peele wrote, directed, and produced one of the biggest hits of 2017, the genre game-changing social thriller Get Out. After Get Out won the Oscar for Best Original Screenplay and pulled a $250 million box office haul, the only question we had was “What is he going to do next?”

That auspicious debut catapulted the 40-year-old multihyphenate and his production company MonkeyPaw productions into a host of upcoming projects. Early Monkeypaw Productions like the digital series Weird City, the docu-series Lorena, Oscar-winner BlacKkKlansman, and The Last O.G. were each Certified Fresh, and last weekend Peele’s Get Out follow-up Us was met with nearly universal critical acclaim (it’s currently Fresh at 100%). Justin Chang of the LA Times called the home invasion horror tale “an artful, ruthless balance of horror and hilarity.” Peele has said he would be retiring from acting, but with over 10 projects in various stages of production and a perfect record of Fresh hits, let’s take a look at what he’s working on and why we’re excited for it.

Why are we excited: Early word out of SXSW has us beyond excited for Peele’s next nightmare, currently rated 100% on the Tomatometer. Nyong’o’s first starring role highlights her versatility and more than confirms our decision to crown her our pick for 2019’s Scream Queen.

Why are we excited: Peele lent his voice to an independent film that has been in production since 2015, but will finally hit theaters later this year. B-Movie icon Sid Haig rounds out the voice cast of this tortured tale about a hapless drifter who wakes to find an explosive device has been implanted in his neck. Latex puppets are enough to creep anyone out, and adding some bona fide horror fanatics to the cast and crew makes Abruptio a can’t-miss. 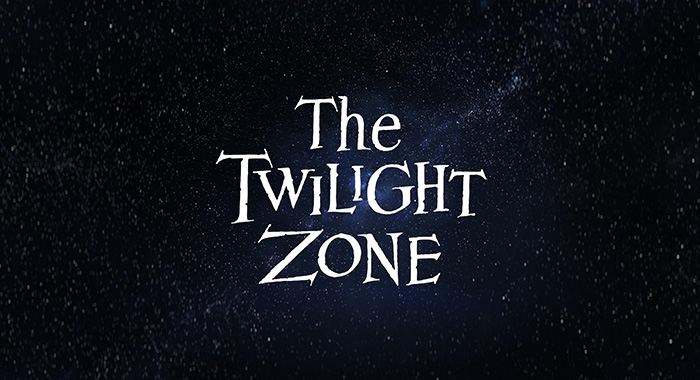 Why are we excited: Peele’s Twilight Zone continuation is aiming to go head to head with Black Mirror and American Horror Story for the title of “Best Horror Anthology.” The cast is stacked with A-listers and beloved stars. Little is known about the various episodes, but we do know they will reimagine iconic entries from the original series. At a Television Critics Association panel earlier this month, we learned Adam Scott (Parks & Recreation) will star in a new version of “Nightmare at 20,000 Feet,” the original episode of which featured William Shatner being tormented by a creature only he can see.

Why are we excited: One of the best surprises of 2018 was Tracy Morgan’s welcome return to primetime TV. Co-starring current comedy it-girl Tiffany Haddish, The Last O.G. relied heavily on her and Morgan’s comic timing for many of the laughs in season 1, but with an extended order, we think that season 2 will only build on wins and iron out some of the plotting issues. At this point, anything Haddish and Morgan do will have us doubled over with laughter.

Why are we excited: With one trailer the entire Toy Story franchise has been given new life, courtesy of Toy Story 4 stars Ducky (Peele) and Bunny (Key). Voicing the adorable amusement park prizes in what feels like a long lost Key & Peele sketch, we are all on board for a new installment of the Pixar franchise. Let’s be honest — they had us at “To infinity and your Mom.”

Why are we excited: A strong but vital part of Nick Kroll’s animated series Big Mouth, Peele voices the Ghost of Duke Ellington, a hilarious, sex-crazed, spectral version of the late jazz musician. One of a few characters voiced by the Get Out director, Ellington is a scene-stealer on a show that features talking hormone monsters, pillow love interests, and shame wizards.

Why are we excited: A Bad Robot co-production, Lovecraft Country is an HBO television adaptation of Matt Ruff’s eponymous cult novel. Set in Jim Crow America, the historical horror fiction uses a pulp noir-styled narrative to chronicle the misadventures of protagonist Atticus Turner. Peele and J.J. Abrams, two of the hottest producers of the moment, are sure to craft a unique series under the guidance of showrunner Misha Green.

Why are we excited: Aquaman villain Yahya Abdul-Mateen II had a small role in Us, and Nia DaCosta has tapped him to play the titular character in her Monkeypaw-produced Candyman continuation. Peele has said Candyman is one of his all-time favorite horror films, and though he is not in the director’s chair, he is co-writing the script, and as a producer on the project, he’ll likely provide a guiding hand during development.

Why are we excited: The Hunt looks to be a Nazi version of the A-team. A ragtag group of 1970s Nazi-hunters living New York City go on the chase to track down hundreds of high-ranking Nazis. Al Pacino adds a huge must-see factor as this marks the Oscar winner’s first credit in an ongoing scripted series. Weil and Toscano will act as co-showrunners for the series, which looks to be an equal mix of comedy and thrills.

Why are we excited: The first reteaming of Key and Peele after the hilarious Keanu is already enough to pique our interest. In this stop-motion animated series, they’ll voice the titular pair of demon brothers, who are forced to battle their archenemy to earn their way out of hell. Adding their voices and writing chops, the sketch comedy duo joins forces with the stop-motion legend Henry Selick, whose credits include The Nightmare Before Christmas, James and the Giant Peach, and Coraline.