DC Universe’s upcoming animated series Harley Quinn, about the character introduced in the animated Batman series, is decidedly not for kids. There are plenty of f-bombs dropped by the characters, but there is one particular word that gets bleeped instead.

“In a show that is packed to the gills with foul language,” said executive producer Patrick Schumacker, “we wanted to — well, I mean, here’s what I will say: That episode involves a certain villain, voiced by Tony Hale, who is ousted from the Legion of Doom, because using the C-word is not their brand of evil. And so we wanted to make sure that everyone was aware that that is the one word — well, there are probably other words that we should bleep out as well, but we haven’t incorporated those in.”

The character’s back story includes an abusive, dysfunctional relationship with the Joker, which executive producer Justin Halpern said will be explored in the animated series.

“That is something that we felt we needed to address in the show,” he said. “The idea was that we’ve all been in relationships with someone that we felt maybe wasn’t right for us all the way to someone that was toxic for us, and how you extricate yourself from that is really what this show’s about. How do you get out of that kind of relationship and then figure out, what am I gonna do now that I’m out of it? What do I want? I’ve been living somebody else’s life for a really long time. And so that is something we really wanted to tackle. We didn’t want to shy away from it.”

His Dark Materials Will Bring One Book Per Season to TV

HBO’s series adaptation of Philip Pullman’s His Dark Materials novels is designed essentially as a trilogy, writer Jack Thorne told reporters at the 2019 Television Critics Association summer press tour in Beverly Hills, with the story of one book being told per season.

“Largely, it’s one book per season,” he said. “There are a few treats I’ve stolen from future books that I’ve tried to infuse this season with — to give that away would be to give away some quite big secrets, so I can’t quite do that here. But the whole thing was looking at the whole story, three books, and going, ‘How did Philip think of them like this? And how can we celebrate them in the best possible way?’ And sometimes, that celebration involved moving certain elements forward.”

Ultimately, though, Thorne and executive producer Jane Tranter wanted to stay as faithful as possible to the book series.

“Sometimes when you’re doing an adaptation of things, there’s a moment when you kind of feel like you know everything there is to know,” Thorne said. “With Philip, you never can. And we had him on our shoulder all the way through to sort of guide us through that. But, you know, it’s a very, very challenging show to write. And but also a glorious show to write.”

After an explosive story about behind-the-scenes drama on Big Little Lies, HBO is backing the series’ creative team. An expose in IndieWire accused the series of wrestling creative control from season 2 director Andrea Arnold, instead giving editing duties back to season 1 director and executive producer Jean-Marc Vallee and cutting her out of the process. But HBO boss Casey Bloys told reporters this week that the story was untrue.

“There wouldn’t be a second season of Big Little Lies without Andrea. We’re indebted to her,” he said, “but as anybody who works in television knows, the director typically doesn’t have final creative control so the idea that creative control was taken from her is a false premise.”

Bloys said that Arnold turned in director’s cuts for all seven of her episodes, after which showrunner David E. Kelley and the entire producing team — Nicole Kidman and Reese Witherspoon included — asked Vallee and his team to come in and hone the installments after.

“It’s not unusual at all to ask an executive producer to come in and hone the episodes,” Bloys said, adding, “I would be hard-pressed to point to any show that airs a director’s cut as its episode.”

How Does The Terror: Infamy Tie Into Season 1?

The first season of AMC’s The Terror was based on a thousand-page novel. But season 2 of the now-anthology series, The Terror: Infamy, has its very own mystery.

“The DNA we share with season 1 of The Terror is that it’s an historical story told with a genre of vocabulary, and in both cases it’s about a group of people who are in a place where they are not welcome, and where the human terror is as palpable as the supernatural terror,” showrunner Alexander Woo told reporters at TCA summer press tour. “But from the beginning the strategy was to use the horror of Japanese kaidan, or ghost stories, and the Japanese horror movies that are descended from it as an analog for the terror of the historical experience, so you really feel like what it’s like to be in the skin of these characters.”

Added star Derek Mio, “I think what’s great about our season that expands upon the first season is the monster in our season has her own story, back-story and motivations, and that just adds a whole other layer to it. It’s as if the tuunbaq had its own origin story.”

Why Mr. Mercedes Skipped Over Book 2 in Stephen King’s Series

AT&T Audience Network’s Mr. Mercedes is based on Stephen King’s Bill Hodges trilogy, but the second season skipped over the second book in the series. Now, with season 3, it’s circling back to the Finders Keepers story.

“At the end of season one, because the focus of the show was this love/hate affair between Brady Hartsfield and Bill Hodges, and because of the condition we left our hero villain, played by Harry Treadaway — almost comatose after his head was bashed in — we had to figure out a way to have him in the show in an active way,” explained executive producer Jack Bender. “And we all — the writers, myself, all of us — came up with a version that wasn’t going to be this Finders Keepers, and we knew we were going to have to put that off and found a way to make that the focus of season 3. I’m very proud of our show every season, but I believe is our strongest season.” 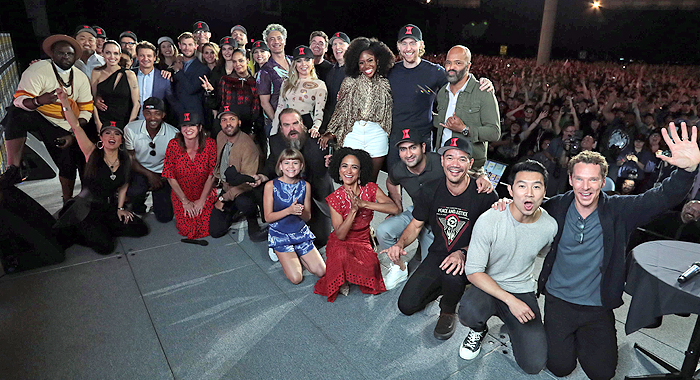 While the Marvel panel at San Diego Comic-Con this year was packed with plenty of movie news, the company also teased the MCU’s latest TV offerings. The first to hit the streaming service, which launches on November 12, is  The Falcon and the Winter Soldier, starring Anthony Mackie and Sebastian Stan in the titles roles, respectively. The series will also star Daniel Brühl, reprising his role as Captain America: Civil War’s Baron Zemo.

The next two series will debut in spring 2021: Tom Hiddleston in Loki and Elizabeth Olsen and Paul Bettany in WandaVision, which will also star Teyonah Parris as the grown-up Monica Rambeau and will tie into the second Doctor Strange film.

The animated What If…? is next, bowing in summer 2021, and Jeremy Renner’s Hawkeye will premiere in the fall of that year. 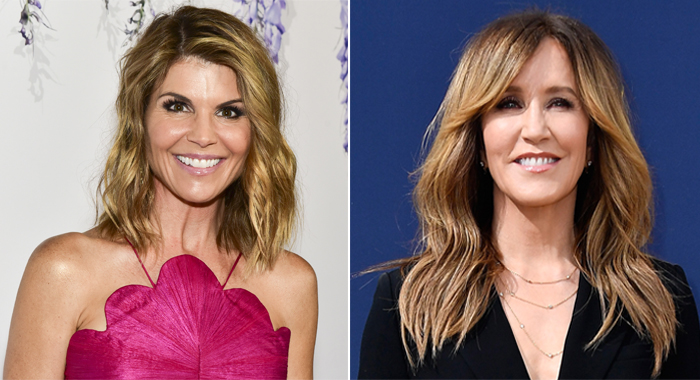 Lifetime is working on a ripped-from-the-headlines movie about the college admissions scandal that has embroiled actresses Lori Loughlin and Felicity Huffman. The official synopsis: “College Admissions Scandal will follow two wealthy mothers who share an obsession with getting their teenagers into the best possible college. When charismatic college admissions consultant Rick Singer offers a side door into the prestigious institutions of their dreams, they willingly partake with visions of coveted acceptance letters in their heads. But when Singer cooperates with the FBI and pleads guilty, the mothers who risked everything for their kids, must face the consequences of their crimes and the loss of trust and respect from their families.”

The latest series ordered by short-form streaming service Quibi include Chef Evan Funke’s eight-part docuseries Shape of Pasta, about the living history of Italian pasta-making, a miniature food competition called The Biggest Little Cook-Off, where two top chefs will compete to make the perfect single bite of food, and Winos, a comedy created by and starring Thomas Lennon about a failed Silicon Valley entrepreneur who tries to turn around a failing vineyard. 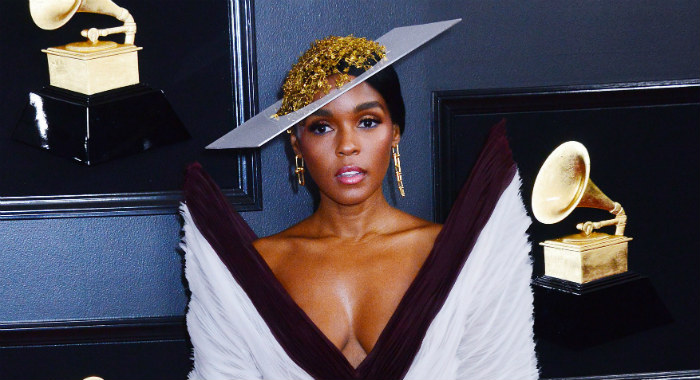 Janelle Monáe will headline the second season of Amazon Prime Video’s Homecoming as “a tenacious woman who finds herself floating in a canoe, with no memory of how she got there — or even who she is,” according to TVLine. Season 1 star Julia Roberts will retain her off-screen role as executive producer and creator Sam Esmail will return to run the second season.

FX has ordered a new drama starring Jeff Bridges called The Old Man. Based on the bestselling novel of the same name, the series’ pilot begins filming in the fall. The actor will play a retired CIA officer who must contend with his past.

Xosha Roquemore and Alano Miller will star in the first season of Ava DuVernay’s romance anthology Cherish the Day. They’ll play a couple who meet and fall in love in Los Angeles, and the series will “chronicle the stirring romance of one couple, with each episode spanning a single day. The season-long narrative will unfold to reveal significant moments in a relationship that compel us to hold true to the ones we love, from the extraordinary to the everyday.” 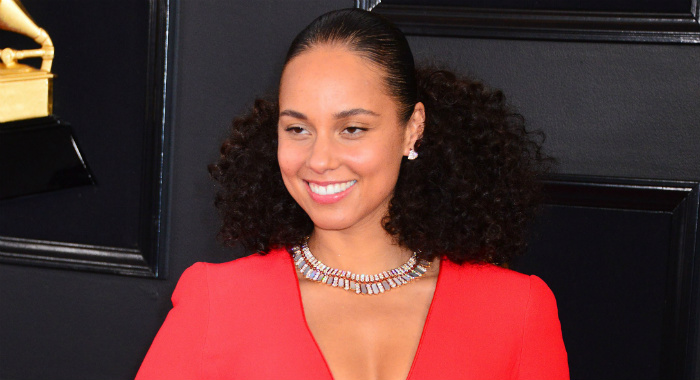 According to Deadline, Lost‘s Carlton Cuse and Wonder Woman‘s Jason Fuchs are developing a TV series based on Douglas Adams’ comedy sci-fi novel The Hitchhiker’s Guide to the Galaxy for Hulu.

Showtime has ordered a musical drama series from Alicia Keys and Dear Evan Hansen’s Benj Pasek and Justin Paul. The series will tell a multi-generational story set in both modern-day and 1959 Detroit surrounding a young musician who moves back to her childhood home.

USA Network’s newest reality series, Cannonball, will pit 16 contestants against each other in a water-based competition that will include four rounds of physical challenges, from the Mega-Ramp to the Drop Tower and more.