17 TV Shows That Will Seriously Mess With Your Head

Homecoming, the new head-trip series from the creator of Mr. Robot, inspires a look back at Twin Peaks, Westworld, and more WTF shows. 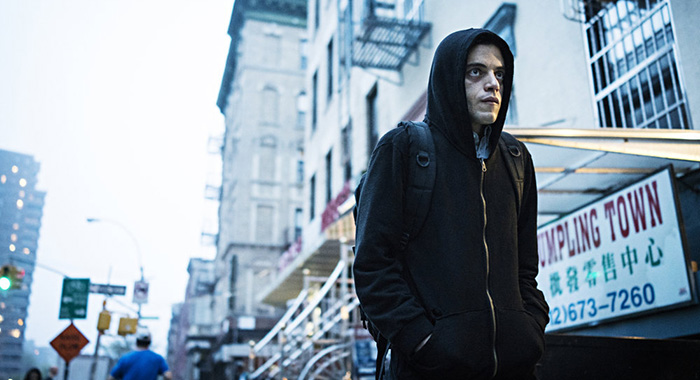 Amazon’s new series Homecoming joins programs like USA’s Mr. Robot, HBO’s Westworld, FX’s Legion, and CBS’ The Twilight Zone in the extremely specific genre of insane-in-the-brain TV shows. Meant to challenge our senses of reality, these series can make even the most educated TV viewers immediately scan Twitter or fan forums for answers to plot twists and for theories into whether what they saw on screen is just scratching the surface of what these shows are trying to tell us. Some do it better than others: Netflix’s Maniac, which has an 81% Tomatometer score, has been called “clever and inventive” by critics, while Fox’s Wayward Pines has a 61% Tomatometer score with reviewers and audience members particularly dogging the second season. But the shows all have one thing in common: they tried a fresh approach to storytelling.

For those who manage to make it through Homecoming without feeling the need to question authority, we’ve created a list of these and other series that make your mind work overtime (we did our best to avoid spoilers). We simply ask that you don’t hold us responsible if watching too many of these programs makes you want to switch off your devices, draw your curtains and hide out in a bunker for awhile.

Now, who wants some pineapple? 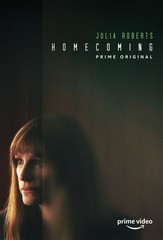 What it is: A paranoia-inducing thriller that pulls in everything from government conspiracies and PTSD to lack of care for veterans and the privatization of health care. The Amazon show is also a reminder that we should probably never trust a character played by Bobby Cannavale.
What is the major malfunction: We can’t remember exactly. Maybe we should break for lunch?
Who’s responsible: Mr. Robot’s Sam Esmail created the series, which is based on Eli Horowitz and Micah Bloomberg’s popular podcast. Other stars include Julia Roberts, Shea Whigham, Stephan James, and Jeremy Allen White. 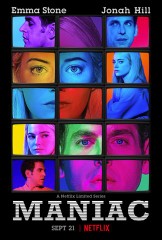 What it is: This psycho-thriller set in a more high-tech, high-indebted version of our own world follows two strangers coping with their own demons – Emma Stone’s Annie is an addict; Jonah Hill’s Owen is schizophrenic – who meet during a three-day clinical trial that doesn’t go according to plan.
What is the major malfunction: Fantasies become heightened as Annie and Owen (and the audience) lose track of what’s real and what’s a dream-like simulation.
Who’s responsible: Cary Joji Fukunaga and novelist/TV writer Patrick Somerville adapted the Netflix miniseries from a Norwegian program. Other stars include Justin Theroux, Sonoya Mizuno, Gabriel Byrne, and Sally Field. 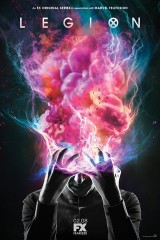 What it is: A kaleidoscopic story that, although it’s based on an X-Men character, redefines the definition of a superhero show. Dan Stevens stars as David Haller, an extremely powerful mutant who also happens to have been diagnosed with schizophrenia.
What is the major malfunction: A lot of the drama can be blamed on Amahl Farouk / Shadow King (Navid Negahban), a shape-shifting supervillain who excels at mind-control and thus makes it hard for audience members to know whom to trust.
Who’s responsible: Fargo creator Noah Hawley adapted the FX series from the comics. It also stars Rachel Keller, Jean Smart, Jermaine Clement and, in what is frequently a truly disturbing role, Aubrey Plaza. 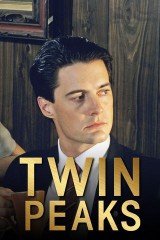 What it is: Just here to find out who killed high school homecoming queen Laura Palmer (Sheryl Lee)? Then you’re missing the point of this journey.
What is the major malfunction: Kyle MacLachlan’s FBI special agent Dale Cooper unearths a supernatural wonderland of the bizarre and beautiful through the various iterations of this story, including the chapters that aired on ABC in the 1990s and on Showtime in 2017.
Who’s responsible: It’s Mark Frost and David Lynch’s world. We’re just living in it. 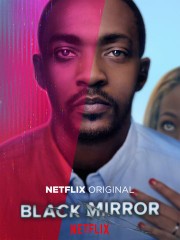 What it is: Not all episodes of Netflix’s anthology show about our precarious relationship with technology mess with your mind. But they often make you think.
What is the major malfunction: Episodes like “Playtest,” “White Bear,” and “White Christmas” toy with our sense of reality and can make us wonder if we should believe everything we see.
Who’s responsible: Charlie Brooker created the series, which was inspired by the storytelling format of The Twilight Zone. 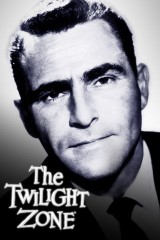 What it is: A granddaddy of TV’s sci-fi genre, episodes of this anthology certainly put in the scares – that’s why it’s on our list of best horror shows of all time – but they also gave their original mid-century audiences cause to think about such matters as racism, fascism, and redemption. And, sometimes, they’re still referenced in shows like The Simpsons.
What is the major malfunction: Classics like “The Hitch-Hiker” and “Twenty Two” are just a couple of these stories that mock us for accepting what we see to be fact.
Who’s responsible: Science-fiction legend Rod Serling brought the original CBS show to life. Other iterations include an upcoming revival for CBS All Access spearheaded by Jordan Peele and others. 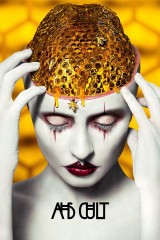 What it is: Every season of FX’s AHS is meant to surprise and disturb us; it is, after all, a horror show. But there is something particularly resonant about the seventh season, which drew heavily upon the results of the 2016 U.S. presidential election.
What is the major malfunction: Sarah Paulson’s Ally Mayfair-Richards represents many liberals when her paranoia and questioning of reality go into overdrive. Consider the masked clowns that terrify her to be a metaphor.
Who’s responsible: Paulson received an Emmy nomination for this role – her second for the series, which was created by Ryan Murphy and Brad Falchuk. 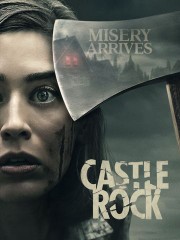 What it is: Based on the characters and settings familiar to fans of Stephen King’s best-sellers, viewers get a not-so-quaint small town, a mysterious murder, and a certain prison by the name of Shawshank that has its own secrets.
What is the major malfunction: Timeline shifts and alternate realities should have been expected for a series that counts Lost’s J.J. Abrams as an executive producer. But they weren’t.
Who’s responsible: Manhattan creators Sam Shaw and Dustin Thomason developed this Hulu series, which stars Andre Holland, Melanie Lynskey, Bill Skarsgard, Jane Levy, and Sissy Spacek. 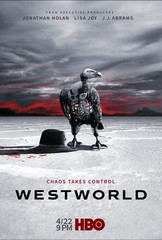 What it is: Android “hosts” at a fantasy camp are rising up after years of abuse at the hands of rich and powerful humans who use them whilst enacting their sickest desires. Some won’t let anyone get in their way – even their fellow hosts.
What is the major malfunction: What door?
Who’s responsible: Jonathan Nolan and Lisa Joy created the HBO series, which is based on the Michael Crichton film. 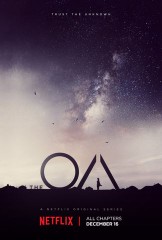 What it is: A young, blind woman suddenly returns after seven years. Although she can now see, she has scars on her back and refuses to explain her disappearance to authorities. She also now only wants to be called OA.
What is the major malfunction: Portals to other dimensions, science experiments, and references to Homer’s Iliad mean this isn’t a show to be watching while doing laundry.
Who’s responsible: Brit Marling and Zal Batmanglij created the Netflix series. She stars in it and he directed all episodes from the first season.

What it is: Starting out as the hackers’ version of The Sixth Sense meets Fight Club, this show takes on everything from consumer culture and wealth inequality to mental illness.
What is the major malfunction: The first major plot twists happen in the eighth and ninth episodes of the first season. There’s clearly a glitch in your system if you still trust this show after that.
Who’s responsible: Sam Esmail created the USA Network series. Rami Malek has an Emmy Award for playing Elliot, a skilled hacker and hoodie aficionado. 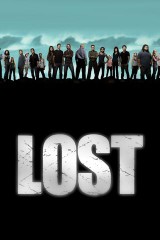 What it is: Even devotees of Damon Lindelof and Carlton Cuse’s ABC drama couldn’t always tell you what it was about. But they did know that they had to go back.
What is the major malfunction: Time jumps, alternate universes, smoke monsters, and a nefarious Australian mean this show is about way more than just a plane crash.
Who’s responsible: Counting Abrams as a co-creator, the extremely large cast includes Matthew Fox, Terry O’Quinn, Daniel Dae Kim, Naveen Andrews, Evangeline Lilly, and Josh Holloway. 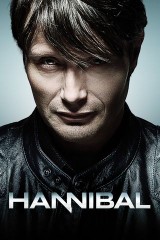 What it is: It isn’t so much that Mads Mikkelsen’s Hannibal Lecter is a cannibalistic serial killer; the audience learns that point fairly quickly. Rather, it’s the mesmerizing way he entrances Hugh Dancy’s criminal profiler Will Graham – and, by default, we the viewers.
What is the major malfunction: Dreamlike scenarios, elaborate dinner parties, hypnotism, and characters who don’t seem to stay dead all somehow make us wonder if the season 3 finale was, in fact, a cliffhanger.
Who’s responsible: Pushing Daisies creator Bryan Fuller adapted the NBC series, which is based on the characters from Thomas Harris’ best-selling books. 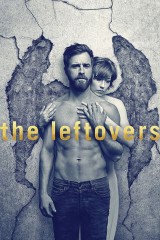 What it is: A conversation on existentialism as much as a mystery about people who disappear into thin air, this HBO drama was a thought experiment on religion, mortality, and survival.
What is the major malfunction: Surprise season openers, a psyche-haunting ghost, and a lead who doesn’t seem to die.
Who’s responsible: Damon Lindelof and author Tom Perrotta created the series, which is based on a book the latter was inspired to write when he watched the way the U.S. healed after 9/11. 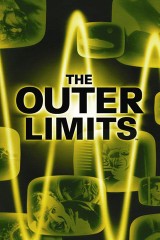 What it is: There is nothing wrong with your television set. Do not attempt to adjust the picture. Instead, you are about to enjoy a sci-fi- and horror-themed anthology show famous for its monsters and plot twists over its various iterations.
What is the major malfunction: The message behind 1963’s “The Zanti Misfits” seems particularly prevalent today.
Who’s responsible: Leslie Stevens created the original series, which aired for two seasons on ABC.

What it is: Stories of a young man with a power to heal and a preacher with the power to command convene in HBO’s Depression-era drama.
What is the major malfunction: A show with themes of good versus evil and discussion of theology is bound to have some what-just-happened moments.
Who’s responsible: Comic book author Daniel Knauf created the series. Battlestar Galactica and Outlander’s Ronald D. Moore served as showrunner. 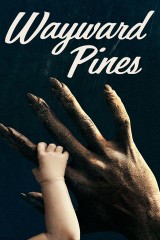 What it is: Matt Dillon plays a U.S. Secret Service agent who gets trapped in a small town while investigating the disappearance of two of his coworkers.
What is the major malfunction: Well, for starters, why can’t he leave this town?
Who’s responsible: Chad Hodge developed the Fox series based on Blake Crouch’s novels. M. Night Shyamalan directed the first episode and executive-produced along with Hodge, Crouch, and others.