Plus, Bad Samaritan is a so-so thriller, season 1 of Cobra Kai is also Certified Fresh, and guess Overboard's Tomatometer.

This weekend at the movies, we have Charlize Theron reuniting with Diablo Cody and Jason Reitman (Tully, co-starring Mackenzie Davis and Mark Duplass), a burglar who gets more than he bargained for (Bad  Samaritan, starring Robert Sheehan and David Tennant), and an amnesia patient tricked into thinking he’s married to Anna Faris (Overboard, co-starring Eugenio Derbez). What are the critics saying? 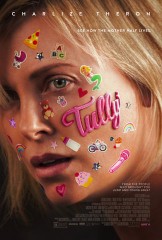 Working together tends to bring out the best in screenwriter Diablo Cody and director Jason Reitman, especially when the project in question has a one-word title and tells a story sparked by some particularly complicated child-bearing. A little more than a decade after they teamed to award-winning effect for the teen pregnancy dramedy Juno, Cody and Reitman are in the family way again with Tully, starring their Young Adult lead Charlize Theron as a woman struggling to manage after the birth of her third child — and the arrival of a seemingly miraculous nanny (Mackenzie Davis). Complex family dynamics are tough for any movie to navigate, and this picture wades into some particularly ambitious territory as it explores marriage, motherhood, and middle age; fortunately, it has a terrific lead in Theron, who critics say ably shoulders the weight of a movie that needs a layered central performance to work. It’s the latest in a growing list of acclaimed efforts from Theron — and it’s bringing Cody and Reitman another round of critical applause in their already distinguished careers. 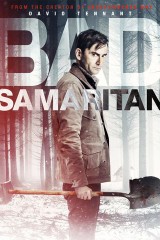 As a writer and producer, Dean Devlin has helped bring audiences spectacle-driven action with big-budget outings like Independence Day and the 1998 Godzilla — movies that, if they weren’t always the biggest hits with critics, were often delivery mechanisms for the sort of popcorn fare that tends to render bad reviews at least partially irrelevant. His directorial career is still young, but thus far, he hasn’t had the same luck in his latest role — last year’s disaster thriller Geostorm debuted to scathing reviews and disappointing box office numbers, and while the financial jury is obviously still out on this weekend’s Bad Samaritan, the early reviews have been fairly lukewarm. Critics say this relatively low-key entry in the Devlin filmography, starring Robert Sheehan as a thieving valet who discovers a woman (Kerry Condon) held captive in the house of his latest mark (David Tennant), has its moments, but it’s still rather less than the sum of its parts. Despite a serviceable premise and a talented star in Tennant, reviews describe Samaritan as a pretty pedestrian outing — neither smart or aggressive enough to be exciting, and not quite bad enough to be so bad it’s good. If you’re a fan of this sort of thing, you could watch a lot worse (and probably have); still, this is one thriller that might be best saved for a rental. 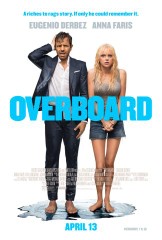 The original Overboard, which united real-life canoodlers Goldie Hawn and Kurt Russell in the tale of a spoiled heiress who’s tricked into believing she’s the wife of a handyman after she falls off her yacht and is stricken with amnesia, was neither a major critical nor commercial hit during its theatrical run in 1987, making it a somewhat surprising — but arguably sensible — target for the remake treatment. That’s what it’s getting with this weekend’s brand new Overboard, which gender-swaps the premise: Eugenio Derbez stars as Leonardo, a shallow playboy who cheats the woman hired to clean his yacht (Anna Faris) out of the money she’s owed and fires her — only to lose his memory after taking a tumble off the ship, and find himself “wed” to a new blue-collar bride in the bargain. So is the remake worth diving into, or is it something you’ll want to forget? Unfortunately, the review embargo isn’t lifting until relatively late on Thursday — and while that would seem to tell you everything you need to know about the studio’s feelings regarding Overboard‘s chances with critics, we’ll just have to wait until we can find out for sure. In the meantime, let’s play a riches-to-rags round of Guess the Tomatometer!

Cobra Kai continues the Karate Kid franchise with a blend of pleasantly corny nostalgia and teen angst, elevated by a cast of well-written characters. 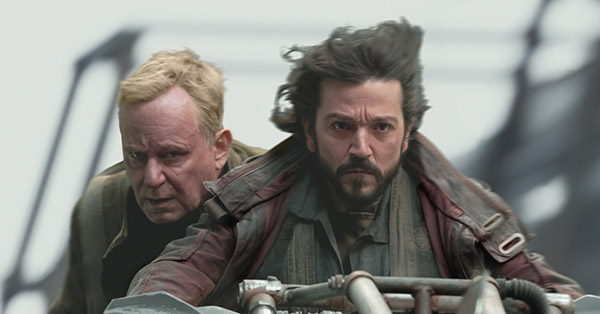 The 5 Most Anticipated TV & Streaming Shows of September 2022