We count down the best-reviewed directorial work of the Peeples producer.

The critics haven’t exactly been kind to Tyler Perry over the years, but with nearly $700 million in lifetime domestic grosses, he’s definitely a filmmaker who understands his audience — and with that audience preparing to lineup for his latest production, this weekend’s Tyler Perry Presents Peeples, we thought now would be the perfect time to take a look back at the best-reviewed entries in his ever-growing filmography. Put on your Sunday dress, pull up those support hose, and grab a shotgun — it’s Tyler Perry Presents Tyler Perry’s Total Recall!

Say what you will about Tyler Perry’s movies, but he consistently manages to assemble casts filled with excellent actors — and for 2007’s Daddy’s Little Girls, his talent included Idris Elba, Louis Gossett, Jr., and Gabrielle Union. Unfortunately, all that thespian power wasn’t enough to rescue the movie from critical brickbats, but for a select few scribes, this story of a blue-collar mechanic (Elba) who falls for a wealthy attorney (Union) threw off enough fizzy rom-com sparks to compensate for its thinly sketched characters and exposition-heavy script. “I entered this moviegoing experience ready for a lot of wincing and eye-rolling,” admitted Toddy Burton of the Austin Chronicle, “but dammit if this movie didn’t make me laugh and cry.”

Given how regularly she tussles with her kin, you’d think a family reunion would be the last thing Madea would want to plan, but that’s exactly what she does in Madea’s Family Reunion, the 2006 adaptation of Perry’s play in which his infamously cranky matriarch finds herself at the center of a fresh batch of poorly timed familial drama. This time around, Madea has to juggle preparations for the titular event with a mounting series of problems, including her sister’s funeral, the court-ordered delivery of a maladjusted teen (Keke Palmer), and the personal travails of her nieces (played by Rochelle Aytes and Lisa Anderson). “Let’s not sell Tyler Perry short,” urged

Owen Gleiberman of Entertainment Weekly amidst Family Reunion‘s poor critical reception. “As the vinegar-witted Madea, he’s a drag performer of testy charm, but in his overlit patchwork way he’s also making the most primal women’s pictures since Joan Crawford flexed her shoulder pads.”

Two decades after Jim Varney’s Ernest ended up in the big house, Tyler Perry followed suit with Madea Goes to Jail, an adaptation of his play about the pistol-packing granny’s adventures in the hoosegow. In court after being arrested for the high-speed chase she led police through during Meet the Browns, Madea gets off on a technicality, only to go on an immediate rampage that finds her threatening uninvited houseguests with a machine gun and clearing a Kmart parking space with a forklift truck. Safely behind bars, she meets up with a hooker with a heart of gold (played, to many audience members’ intense discomfort, by Keshia Knight Pulliam of Cosby Show fame) and before long, everyone gets a happy ending (not that kind — get your mind out of the gutter). That’s a lot of plot for one movie to handle, and quite a few critics felt Perry bungled the tricky business of integrating Madea Goes to Jail‘s drama with its comedy — but that was a minor complaint for Melissa Anderson of the Village Voice, who shrugged, “As ridiculous as his films frequently are, Perry, a shrewd yet benevolent showman, knows and loves his audience.”

Like many of Perry’s movies, Good Deeds‘ title contains a touch of punny humor — its protagonist (played by Perry, natch) is a good guy named Walter Deeds — but it’s also a simple statement of purpose. For this 2012 drama, Perry tried taking a look at just how powerful one good deed can be, showing Walter as a well-meaning but socially insulated businessman whose chance encounter with a struggling cleaning lady (Thandie Newton) sparks a profound change in his life. It’s the type of premise that demands a feather-light touch from a filmmaker, and unfortunately, most critics agreed that Perry’s direction and screenplay smothered Good Deeds in poorly paced, dully delivered drama. Slant Magazine’s Rob Humanick offered one of the few dissenting opinions, however, asserting that “Perry’s considerate plotting is deliberate, perhaps even overlong, but with an attuned sense of people’s evolving feelings and relationships.”

Another Tyler Perry play that made the jump from stage to screen, Meet the Browns follows the adventures of a struggling single mother (Angela Bassett) who gets a double whammy: first she loses her job, then she finds out that her father (who she’s never even met) has died. Far from a mopey drama, however, Browns provides its desperate protagonist with a family she never knew she had — including, of course, an irascible, linebacker-shaped old lady named Madea. At this point, the lines were already pretty well drawn between Perry’s audience and his critics, and for the most part, they stayed on opposite sides for Meet the Browns, although it did resonate with some scribes — like Entertainment Weekly’s Lisa Schwarzbaum, who wrote, “The importance of faith, church, kin, staying off drugs, sharing food, repenting from sin, forgiving sinners, appreciating a good black man, rejecting a bad one, and honoring black matriarchy is enumerated with typical, reassuring Perry broadness.”

By 2010, Tyler Perry was an entertainment industry unto himself, with enough clout to pursue one of his passion projects: A film adaptation of Ntozake Shange’s Obie Award-winning play For Colored Girls Who Have Considered Suicide When the Rainbow Is Enuf. By the time it arrived in theaters, it went by the drastically shortened For Colored Girls — and according to many critics, Perry’s take on the interconnected struggles of nine women was missing more than a few words from its title. In spite of an impressive cast that included Thandie Newton, Kerry Washington, Whoopi Goldberg, Phylicia Rashad, Anika Noni Rose, and many others, Colored fell flat with critics who felt Perry underserved his stars with plodding direction and an overly soapy script. For Lisa Kennedy of the Denver Post, however, “For Colored Girls is a bold example of an artist’s reach exceeding his grasp. And it’s hard not to applaud his determination and grade for ambition.”

Having already scored with the stage version of Tyler Perry’s Madea’s Big Happy Family, Perry decided to bring it to the screen in 2011, enlisting a typically eclectic cast (including Loretta Devine, Bow Wow, and Isaiah “Old Spice” Mustafa) to offer audiences a peek into one particularly drama-filled episode in the life of the titular matriarch. This time out, Madea presides over a series of crises that include a scary medical diagnosis for her niece (Devine), a couple of marriages on the verge of collapse, and a recently released ex-con (Bow Wow) at a moral crossroads. It’s familiar stuff for the Perry oeuvre, and although Glenn Whipp of the Los Angeles Times admitted that “the unconverted might grumble that the movie’s many riffs and rants feel recycled from previous offerings,” he argued that “Perry possesses a superb ear for the themes and emotions that connect him to his core audience, and that’s on display again here.”

Sort of like Clue, only with genitals instead of murder weapons, Why Did I Get Married? drops a group of marrieds (including Perry and Janet Jackson) into a couples therapy retreat, adds a spoonful of infidelity to stir things up, and lets the drama fly. That was the idea on paper, anyway; in practice, most critics felt that Perry subjected his cast (which also included Jill Scott, Malik Yoba, Michael Jai White, and Richard T. Jones) to a chaotically constructed script that was overloaded with melodramatic exposition in the bargain. Of course, that didn’t stop Married? from grossing a healthy $55 million during its run — or from entertaining Patrick Huguenin of the New York Daily News, who wrote, “Perry, so adept at giving fans of his touring plays an evening that spans the entertainment gamut, once again delivers something for everyone.”

2. The Family That Preys

One part Desperate Housewives-style soap, one part inspirational Walden Media drama, 2008’s The Family That Preys found Perry telling the tangled tale of two lifelong friends (Kathy Bates and Alfre Woodard) whose children have all, to one extent or another, lost their way — and attempting to infuse the whole thing with spiritual themes in between all the bedroom and boardroom shenanigans. It would have been an ambitious feat for even a master filmmaker, so it’s unsurprising that — while many of them respected the effort — most critics felt Perry couldn’t fully balance the overwrought melodrama with the message. For others, however, Prey held up to scrutiny; as Chris Hewitt argued for the St. Paul Pioneer Press, “If all Tyler Perry did with The Family That Preys was give Alfre Woodard a good part, that would be enough to make the movie worth seeing. But he does more.”

Well, here it is: Tyler Perry’s sole Fresh film — for now, anyway. 2009’s I Can Do Bad All By Myself borrows its name — but not its plot — from one of Perry’s Broadway plays, and finds the ever-irascible Madea and her brother Joe meddling in (or improving, take your pick) the lives of three kids whose alcoholic aunt (Taraji P. Henson) is their only hope of a normal childhood. Will her hunky immigrant boarder (Adam Rodriguez) give her the love she needs to make a change and turn her life around? Of course he will — but formula filmmaking is a pretty powerful thing when it’s wielded by the right director, and in this case, the critics felt that Perry pulled it off. “Contrived, sentimental, tonally bipolar, and as predictable as clockwork,” admitted the Chicago Reader’s Cliff Doerksen, before applauding, “this latest from chitlin’ circuit impresario Tyler Perry is just a fat slab of ecstatic entertainment.”

In case you were wondering, here are Perry’s top 10 movies according to RT users’ scores:

Take a look through Perry’s complete filmography, as well as the rest of our Total Recall archives. And don’t forget to check out the reviews for Peeples.

Finally, here’s RT’s interview with Perry and the cast of Temptation, from earlier this year: 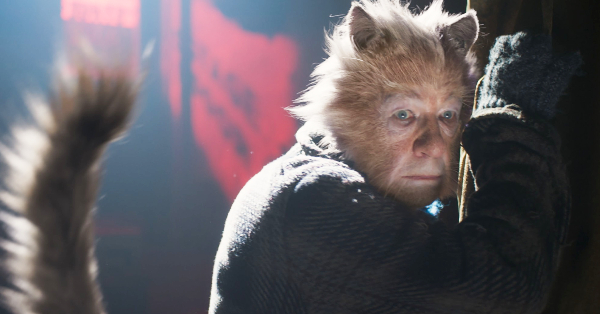