The Six Best Films We Saw at the Cannes Film Festival 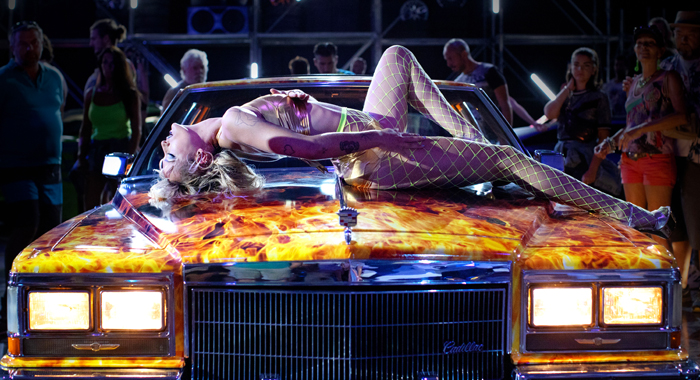 There has never been (and there will likely never be) a Cannes Film Festival like the one that just wrapped. Being the first major festival to conduct an in-person fest since the pandemic pause in 2020 meant all eyes were on the red carpet of the French Rivera; the Venice Film Festival had a scaled-down affair in late 2020, but it paled in comparison to what we saw on the Croisette. From the COVID-19 protocol restrictions — and those same restrictions being ignored — to the record low attendance, everything combined to give us the most stress-free year in recent memory. Those lucky enough to make their way to Cannes found tickets easily available and screenings just half full. Most of the galas – which previously were so packed that even people with tickets were turned away – frequently did not have enough attendees to open the balcony of the Grand Lumiere Theater.

Still, despite all the changes, the 74th Cannes Film Festival was as it has always been, filled with exceptional characters, jaw-dropping camera work, astounding debuts, equally astounding disappointments, a little controversy, and best of all, the most impressive and avant-garde films in world cinema.

Trying to pull a theme from this year’s fest would be a difficult affair, given the varied selection. Still, we could easily discern that the festival programmers crafted a program tailored to an audience that has been trapped at home under economic uncertainty and grappling with the mental and physical wounds of 18 months spent battling COVID-19. This year we had narrative tales that mirrored what we have seen in our home communities: broken people looking for belonging, tales of isolation and regret, stories that articulate the yearning for family, and a longing for love – or, more precisely, lust. Nostalgic needle drops and narcissistic men may be the only things that rivaled the amount of sex we saw on screen the past few days.

To put it plainly, this might have been the horniest lineup ever to grace the French festival. Red Rocket, Bergman Island, A Tale of Love and Desire, and Mothering Sunday all centered on sexed-up love stories. At the same time, films like Annette, Benedetta, and Palme d’Or winner Titane all featured sex scenes that will have audiences talking through awards season. But sprinkled among these amorous offerings were a handful of entries that will be significant players in the ’21-’22 awards season. Who knows? Julia Ducournau made history when she became just the second female director to win the top prize at Cannes; perhaps she could also capture audiences like Bong Joon-ho’s Palme d’Or and Best Picture winner Parasite did in 2019. We will just have to wait and see. In the meantime, read on for our picks for the six best films we saw at the Cannes Film Festival.

Julia Ducournau made quite an impression with her debut film Raw; the coming-of-age cannibal story literally made viewers pass out when it first screened. Despite that monumental debut, the French director still managed to rise to new heights with her follow-up, Titane., a horror-thriller about a sociopathic go-go dancer who impersonates a missing child while on the run from some pretty nefarious crimes. Spike Lee is likely still upset he accidentally announced her as the winner of the Palme d’Or at the start of the closing ceremony, but well forgive him. In truth, we felt such awe and joy from seeing the film that we are just anxiously waiting for the rest of the world to experience it. We don’t want to say too much — the brilliance of Ducournau’s storytelling lies in its ability to unsettle the viewer by withholding every bats–t turn of events — but rest assured it is worth a watch. Consider yourself warned: it is a dark comedy that is heavy on the dark.  A jaw-dropping sex scene with a car, an orgy-turned-killing spree, and a stunning opening that will leave you speechless are just some of the things you’ll experience if you check this one out. 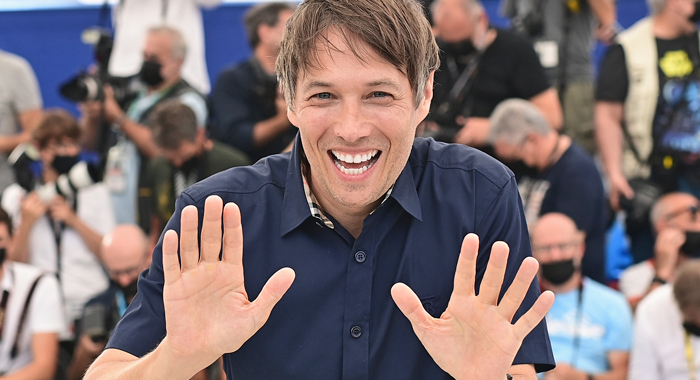 Before Sean Baker discovered Brooklynn Prince, the adorable star of his film The Florida Project, he had already made a name for himself as a fearless director who looked for and featured individuals who live on the margins of society. While his filmography of varied subjects has often involved sex work, for his latest film, Red Rocket, Baker chose to spotlight a male lead for the first time. The decision to cast Simon Rex, the former MTV VJ and star of films like Scary Movie V and Superhero Movie, might seem like something of a head-scratcher, but as you watch Rex perfectly embody a porn star-turned-pimp, you instantly understand what Baker saw in him. Escaping his latest fall from grace on a greyhound bus, our lead returns to his hometown of Texas City, looking to reconnect with his estranged wife and hustle enough to make his way back to Los Angeles and his former glory. Red Rocket is a compelling character study about a charismatic narcissist who continually fails upward, and we would not be surprised if Rex or Baker’s screenplay are popular picks come awards season.

There have been plenty of “train trip” films that loaded up on the intrigue and action (Murder on the Orient Express, Train to Busan, Snowpiercer), but we haven’t seen one that uses the railway as a conduit  for intimacy seen since Wes Anderson’s The Darjeeling Unlimited. In Compartment No. 6, two unlikely strangers share a train cabin on a journey to the Arctic Circle and, after initially rejecting each other’s company, discover peace and kinship. The “trip to find yourself” trope is prevalent in cinema, but Compartment No. 6 distinguishes itself with the unlikely pairing and brilliant performances of its two leads, a boorish low-level criminal named Vadim and Laura, a Finnish ex-pat studying in Russia who has an increasingly distant partner. Variety’s Jessica Kiang wrote that it “evokes a powerful nostalgia for a type of loneliness we don’t really have anymore, and for the type of love that was its cure.”

Of all the films we saw, The Worst Person in the World is perhaps the under-the-radar pick with enough commercial appeal to be this year’s Parasite. A hilarious cringe comedy chronicling the misadventures of a morally dubious 30-something woman, the film is held together by an exceptional lead performance and all the awkward laughs of a Curb Your Enthusiasm episode. A legitimate threat for Best Screenplay, Best Foreign Language, Best Actress, Worst Person could even snag a Best Picture nomination, now that the Oscars have decreed there will always be 10 picks in that category, and it’s still Fresh at 100% on the Tomatometer. Todd McCarthy of Deadline wrote, “A sharp and poignant look at how one’s supposedly best years pass by so quickly you barely realize it, The Worst Person in the World is loaded with freshly observed intimate moments that make up the things of life.” 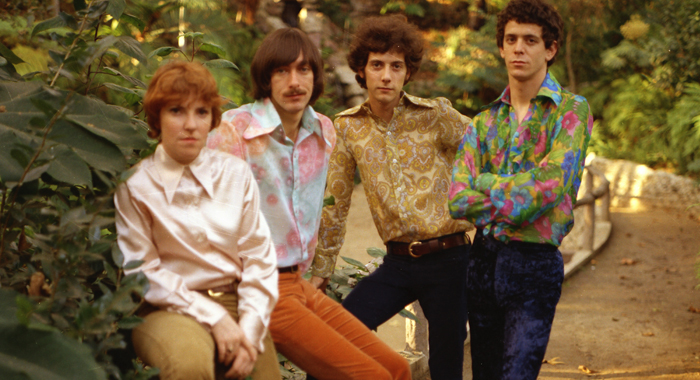 Whether or not you have intimate knowledge and appreciation for the seminal 1960s rock band The Velvet Underground, director Todd Haynes‘ documentary about them was an early bright spot in the relatively mixed first week of the festival, and you’re likely to find it riveting. The original lineup of The Velvet Underground consisted of singer/guitarist Lou Reed, John Cale, guitarist Sterling Morrison, and drummer Angus MacLise, who together provided the soundtrack to the 1960s counterculture movement. The film, which traces the group’s influences and how it shaped a generation, “features in-depth interviews with key figures of the time, never-before-seen performances, an array of recordings, Andy Warhol films, and much else to create an experience both instantly sensory and richly illuminating,” according to Saibal Chatterjee of NDTV.

Wes Anderson’s latest film harnesses his style and synthesizes that formula into its most potent cinematic cocktail. The prevailing sentiment of those who saw it was “The most Wes Anderson movie Wes Anderson has ever made.” Featuring key players from his filmography (Tilda Swinton, Bill Murray, Owen Wilson, Adrien Brody) and newcomers (Benicio Del Toro and Timothée Chalamet), The French Dispatch won over most critics almost immediately. A heartfelt love letter to those ink-stained journalists everywhere, the vignettes that comprise the film engulf the audience in a world you can’t help but want to get lost in. It is “a work of such unparalleled Andersonian wit, that at times the sheer level of detail — mobile, static, graphic, and typographic — that bedecks the screen will slacken your jaw in awe,” wrote Jessica Kiang for The Playlist. 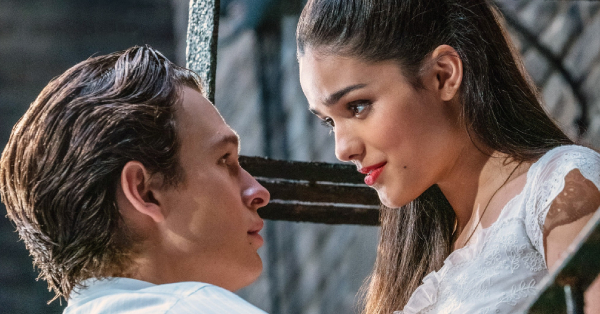