The Mummy Should Have Stayed Buried

Plus, It Comes at Night is a creepy chiller, and Megan Leavey is powerful and affecting.

This week at the movies, we have Tom Cruise punching the undead (The Mummy, starring Tom Cruise and Sofia Boutella), a family facing a mysterious threat (It Comes at Night, starring Joel Edgerton and Carmen Ejogo), and a fact-based, four-legged war drama (Megan Leavey, starring Kate Mara and Edie Falco). What do the critics have to say? 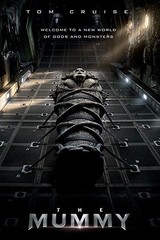 With Tom Cruise in the lead, the best special effects money can buy, and one of cinema’s most durable characters driving the action, The Mummy is one of the most highly anticipated releases of the year — at least in the Universal boardroom, where execs are counting on it to help launch their Dark Universe tying together reboots of the studio’s classic monster movie franchises. Critics, as ever, are harder to convince — and they certainly haven’t been swayed by The Mummy, which reviews describe as a commerce-driven assemblage of set pieces that’s more concerned with rolling out spinoffs and sequels than telling a compelling story. The gears are already in motion for more of these movies, so there’s still a chance it’ll get better from here, but if you want to watch a fun Mummy movie this weekend, the newest option isn’t your safest bet. 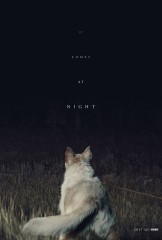 A vulnerable family waiting out the end of the world in a remote cabin, with unseen threats lurking in the woods…and a mysterious danger potentially waiting within the walls that were supposed to keep them safe. With It Comes at Night, writer-director Trey Edward Shults is playing with an oft-dealt hand, but like Eric Clapton told us, it’s in the way that you use it — and critics agree this movie uses it pretty darn well. Fans of less-is-more horror should find plenty of reasons to sleep with the lights on here, and Shults — who earlier earned acclaim for his debut feature Krisha — is quickly emerging as a filmmaker to watch. 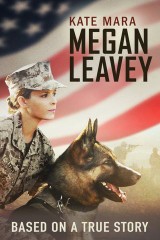 Many filmmakers have tried and failed to put together a war movie that makes its points effectively without sacrificing character development — or browbeating the audience — and when you throw the heartstring-tugging potential of a dog into the mix, you’re basically begging for a saccharine mess. But critics say the fact-based Megan Leavey, based on the real-life story of a Marine corporal who bonded with a K9 patrol dog during two tours of duty in Iraq, beats the odds by delivering a movie that honors its subjects and its themes with enough grace to compensate for a fairly light touch. It doesn’t reinvent the uplifting drama, but if you’re in the mood for a feelgood movie, this one should hit the spot.