Plus, American Gods and The Handmaid's Tale are both Certified Fresh, and guess How to Be a Latin Lover's Tomatometer.

This week at the movies, we have a peeping Tom Hanks (The Circle, co-starring Emma Watson) and a down-on-his-luck Lothario (How to Be a Latin Lover, starring Eugenio Derbez and Salma Hayek). What are the critics saying? 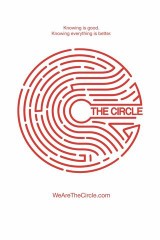 It takes a long time to finish a major studio movie, and technology moves faster than many people realize — which adds up to something of a creative dilemma when a studio decides it wants to make a cutting-edge techno-thriller. This is just one of numerous reasons the subgenre has weathered an uneven track record over the years, and why today’s thrilling glimpse into the future usually ends up looking like a quaint relic before it even arrives on home video. This weekend’s The Circle, however, appeared to have a shot at bucking the trend: the movie has a few things going for it that many similar releases haven’t, like a top-shelf cast (including Tom Hanks, Emma Watson, and John Boyega), a high-pedigree screenplay (co-adapted by Dave Eggers from his own novel), and a story posing questions regarding modern privacy that seem likely to hold even deeper real-world implications in the future. Alas, all that good stuff seems to add up to a film that’s sadly less than the sum of its parts. Critics say the plot — which finds Watson’s character taking a job at Hanks’ utopian tech firm, only to discover potentially pernicious goings-on behind the scenes — never really figures out how to develop its intriguing themes, lurching from paranoid thriller to political commentary without ever raising enough stakes to keep viewers engaged. If you love the actors involved, or have the urge to indulge some good old-fashioned paranoia, The Circle might be worth a spin this weekend; otherwise, you’re probably better off waiting for its arrival on the home market and renting Electric Dreams or The Net instead. 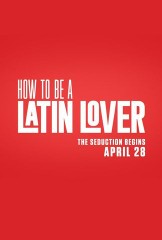 How to Be a Latin Lover has a title packed with mildly ribald promise, and a cast stacked with comedy aces who should be primed to deliver — including Kristen Bell, Michael Cera, and Robs Corddry, Lowe, and Riggle. Mexican star Eugenio Derbez stars in this Ken Marino-directed comedy about a doughy trophy husband who’s forced to readjust after his millionaire wife tosses him out, and moves in with his sister (Salma Hayek) while he tries wooing a local widow (Raquel Welch). It all suggests at least the possibility of a few belly laughs, and the single review posted at presstime is mostly positive — but until enough critics have screened Lover to build a consensus, there isn’t much more to say. Guess that Tomatometer!

Haunting and vivid, The Handmaid’s Tale is an endlessly engrossing adaptation of Margaret Atwood’s dystopian novel that’s anchored by a terrific central performance from Elisabeth Moss.

American Gods opens with a series of wildly ambitious gambits — and rewards viewers’ faith with a promising first season whose visual riches are matched by its narrative impact.