Plus, Emma. is Certified Fresh, and guess Brahms: The Boy II's Tomatometer score.

This week at the movies, we’ve got a courageous canine (The Call of the Wild, starring Harrison Ford and Dan Stevens) and a devilish doll (Brahms: The Boy II, starring Katie Holmes and Ralph Ineson). What are the critics saying? 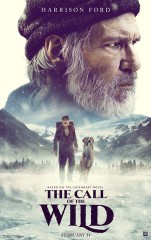 Jack London’s celebrated adventure novel The Call of the Wild has made it to the big screen a handful of times since its publication in 1903, but none of the prior efforts had the benefit of advanced computer technology to help bring the story’s central character, the St. Bernard-Scotch Collie mix named Buck, to life. As risky a proposition as that may be, reviews say it mostly pays off in this week’s The Call of the Wild. The story follows the CGI-animated Buck as he is dognapped from his blissful domestic life in California and sold as a beast of burden in the Alaskan Yukon. There, he comes under the care of a postman (Omar Sy) and learns the way of the sled dog before a series of misfortunes lands him in the hands of an aging gold prospector named John Thornton (Harrison Ford), and the two form an unlikely bond. Critics say The Call of the Wild is a mostly genial — if slightly sanitized — retelling of the tale that makes the most of its scenic locales and a grizzled, world-weary Harrison Ford, who brings both pathos and warmth to his character. Although the computerized Buck might be a distraction for some, the human performances help ground the film every time it treads a bit too far into the uncanny valley. That said, parents should be forewarned that, although the darkest moments (read: deaths) take place off screen, there are still scenes of animal cruelty and a palpable sadness that creeps in from time to time, so be prepared to comfort more sensitive toddlers. 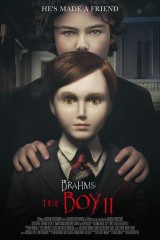 2016’s The Boy wasn’t a critical hit, but it didn’t cost a lot to make and earned enough money at the box office to be considered a moderate success, so a sequel was put into the works. The result is this week’s Brahms: The Boy II, in which the titular doll from the first film is gifted with a new family to terrorize. Katie Holmes takes center stage as the concerned mother of a troubled boy named Jude (Christopher Convery) who, along with her husband (Owain Yeoman), moves into a new house for a change of scenery. It isn’t long before Jude discovers and befriends Brahms, the porcelain doll leftover from the last family who lived in the house, and of course, spooky things begin to happen. We won’t spoil anything here, but based on the trailer, suffice it to say that the sequel appears to retcon the big reveal from the first film in service of a more… franchiseable plot development. If that sounds like conjecture, it’s because it is; the film wasn’t widely screened prior to release, and reviews have yet to come in for Brahms. In other words, guess that Tomatometer!