Triangle of Sadness and some deserving performances scored unexpected nominations, while The Woman King, RRR, and women filmmakers as a whole were absent from major categories. 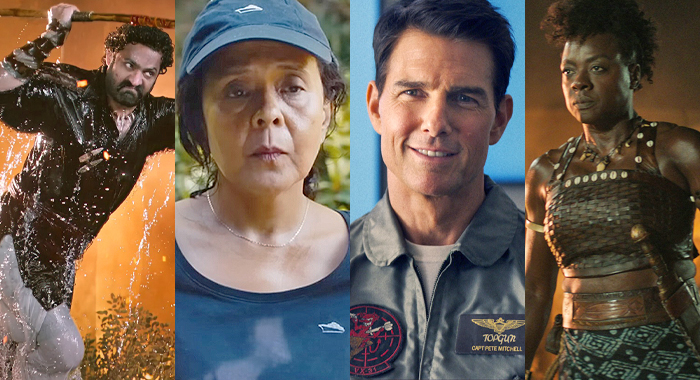 After navigating the wildly changing obstacles of a pandemic and a volatile social landscape in the past three years, Hollywood’s awards season has adjusted well – more or less. This morning, when actors Riz Ahmed and Allison Williams announced the nominations for the 95th annual Oscar awards, there were some expected nods, some glaring snubs, and the occasional out-of-left-field surprise.

The maximalist multiverse sci-fi family drama Everything Everywhere All At Once nabbed the most nominations with 11, including Best Picture, Best Directing and Best Original Screenplay for mad scientist auteurs Daniel Kwan and Daniel Scheinert. In addition, the pic earned Michelle Yeoh, Ke Huy Quan, Stephanie Hsu and Jamie Lee Curtis acting noms. This marks a huge moment for Yeoh as it is not only her first nomination but it is the first time an actor of Asian descent has been nominated in the Best Lead Actress category. It also marks Quan and Hsu’s first nominations – a huge moment for the Asian diaspora in film and TV.

There were plenty of expected nominations such as The Fabelmans, Avatar: The Way of Water, Elvis, Women Talking, Top Gun: Maverick, The Banshees of Inisherin, and All Quiet on the Western Front, with the latter two films tying for second place behind Everything Everywhere All At Once with nine nominations apiece.

However, it was surprising to see little love for women filmmakers, as none of them were nominated for Best Director. We also saw no love for early awards season frontrunners Danielle Deadwyler (Till), Dolly De Leon (Triangle of Sadness), Tom Cruise (Top Gun: Maverick) and Viola Davis (The Woman King). It was a very interesting year for film, which leaves the awards season battlefield just as interesting. Read just some of the glaring shockers and pleasant surprises from this year’s Oscar nominations below.

The 95th Annual Academy Awards are set to take place at March 12 at the Dolby Theater in Hollywood. The ceremony will be hosted by Jimmy Kimmel and air live on ABC. 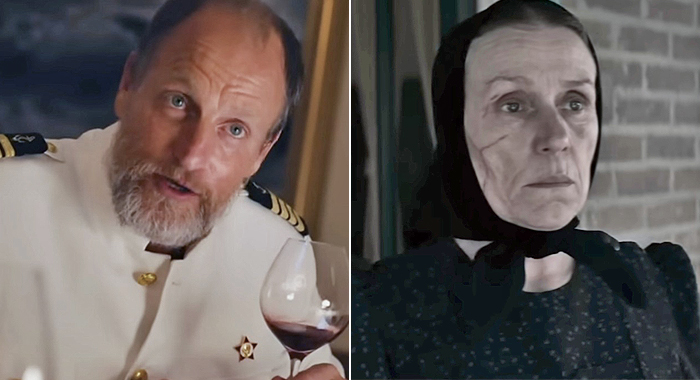 It was a pleasure to see Triangle of Sadness make the Best Picture list. The Neon film felt like it was a long shot in a competitive year, but Ruben Östlund managed to score his first and second Oscar nominations this year (he also received a nom for Best Original Screenplay). As for Women Talking, it felt like more of an acting contender, so to see it on the Best Picture list was a surprise. 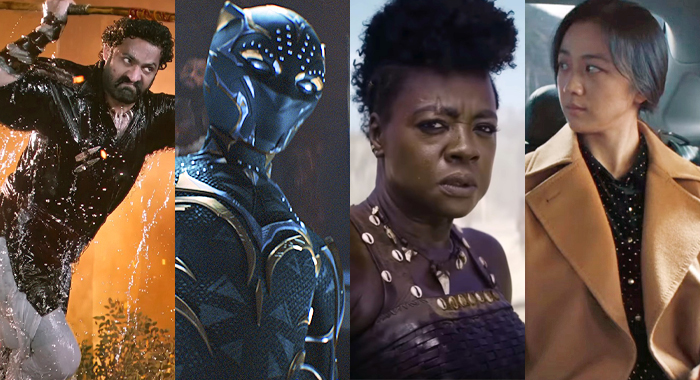 Black Panther: Wakanda Forever and The Woman King were positioned to take a spot in the Best Picture category so when we didn’t see them on the list, it raised some eyebrows, mainly because of the cultural impact of the two films.

After the influence of Parasite and last year’s Drive My Car at the Oscars, it is also surprising to see a lack of non-English speaking films like RRR and Decision to Leave in the major categories despite being very present in the awards season zeitgeist. 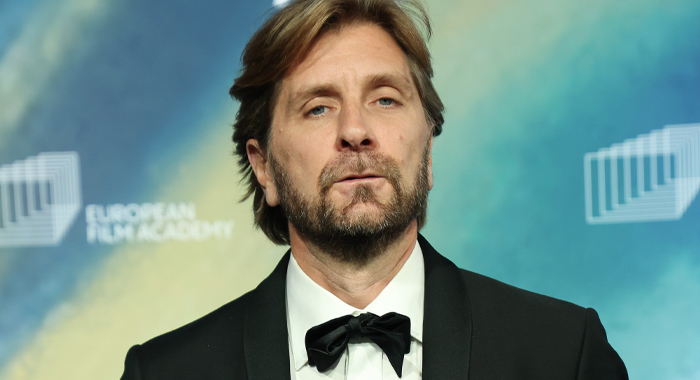 Ruben Östlund’s Triangle of Sadness charmed audiences with its tale of what happens when wealthy people on a yacht get seasick – and it has resonated enough to get a Best Director nomination despite a quiet smattering of honors mostly for Supporting Actress contender Dolly De Leon, who was criminally snubbed. 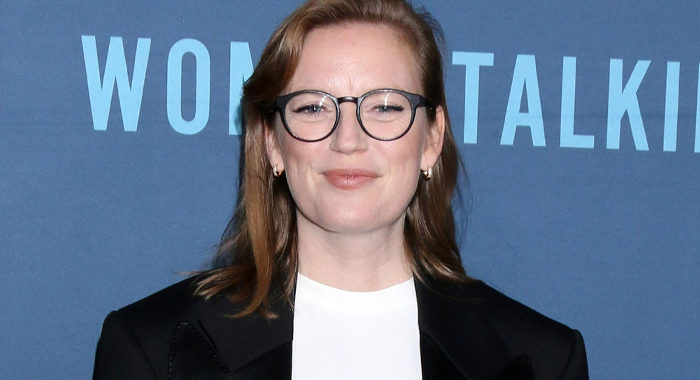 Clearly missing from this category are Oscar darling Damien Chazelle for his wildly frantic Hollywood epic Babylon. Avatar: The Way of Water’s James Cameron didn’t make enough of a splash with his return to Pandora to get a nom, while RRR’s S.S. Rajamouli did not get the love he deserved despite a groundswell of support.

In the 95-year history of the Oscars, only seven women have been nominated for Best Director. This year did nothing to move that needle – particularly the glaring omission of Gina Prince Bythewood for her epic drama The Woman King. 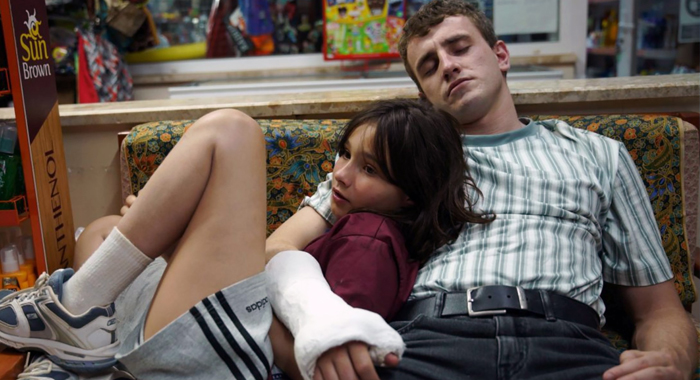 Without a doubt, Charlotte Wells’s feature directorial debut Aftersun was a gut punch of emotion as it told a father-daughter story that was heartbreaking as much as it was beautiful – and Paul Mescal carried the movie with a flawless performance alongside his co-star Frankie Corio. However, this was an unexpected surprise given the quite performance and campaign – and we are here for it. 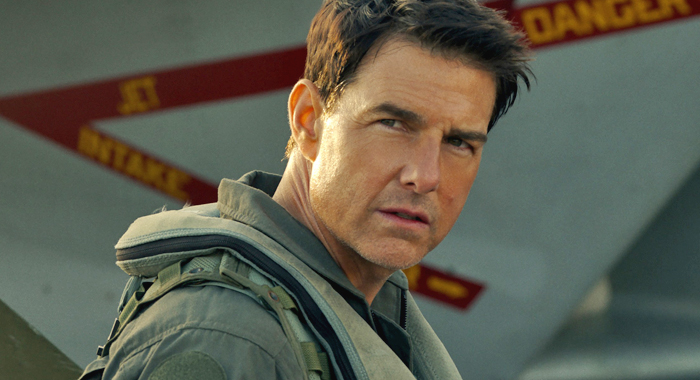 After being in a holding pattern awaiting to land on the Oscar nomination tarmac, Hollywood icon Tom Cruise was denied. Many expected the actor to get a nomination for his performance in box office behemoth Top Gun: Maverick, but no suck luck. Looks like he’ll have to remain on the “highway to the danger zone” until his next chance at an Oscar. 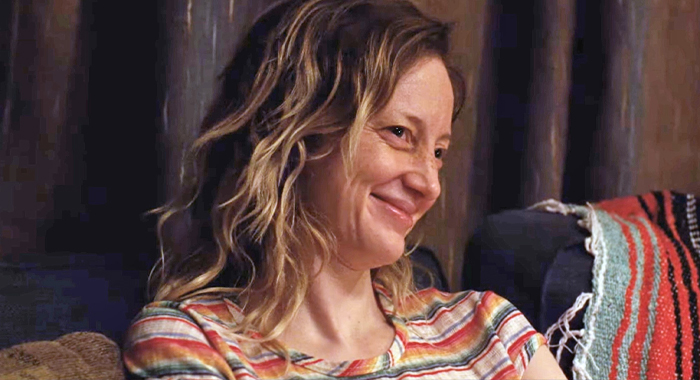 What could be the biggest surprise of this year’s nominations is Andrea Riseborough for her role as a single West Texas mother in the drama To Leslie. This isn’t to say the film – and Riseborough’s performance in particular – isn’t deserving; it boasts a Certified Fresh 98% on the Tomatometer and an 85% Audience Score, with much of the praise centered on Riseborough. This is more of a shocker because film has barely been present in the awards season race up until now. 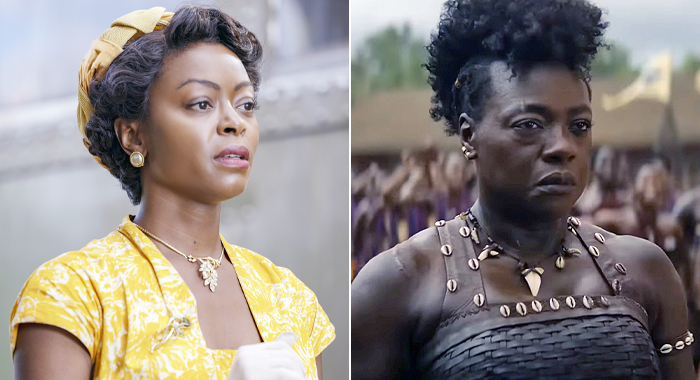 After watching Danielle Deadwyler’s one-shot testimony scene in Chinonye Chukwu’s drama Till, it is damn near criminal that the actress didn’t get a nod. To add to that, the Academy loves Viola Davis, and she commanded the screen in The Woman King, so her absence in the competitive category is also noticeable. 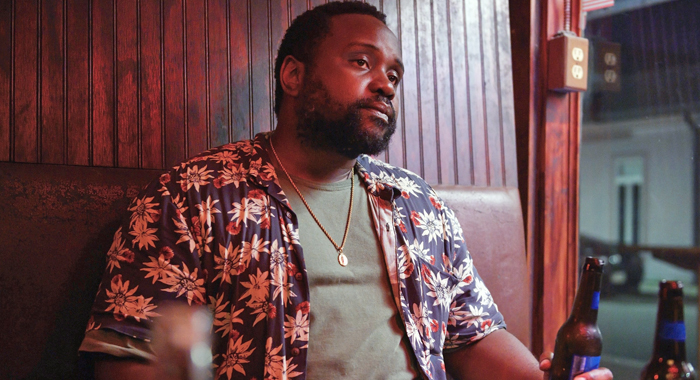 Brian Tyree Henry’s performances in If Beale Street Could Talk and Widows were two notches on his film acting belt that deserved more recognition, which is why it’s a shocker to see him nominated for Causeway. Henry did what he needed to do in the Lila Neugebauer-directed film, and it seems like the Academy is finally starting to notice the Emmy-nominated actor.

SNUB: Triangle of Sadness’ Dolly De Leon Deserves to Be the Captain 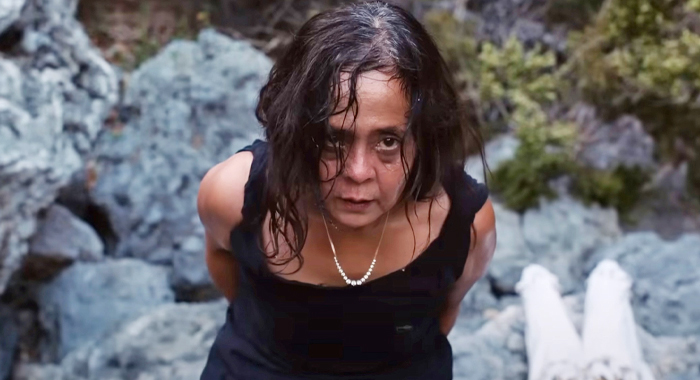 Ruben Östlund’s Triangle of Sadness earned nominations for Best Picture, Best Original Screenplay, and Best Director, but the film would be nothing without Dolly De Leon. The Filipino actress is the epicenter of the film, and she doesn’t even appear until the third act. Her absence in the category is a glaring omission. 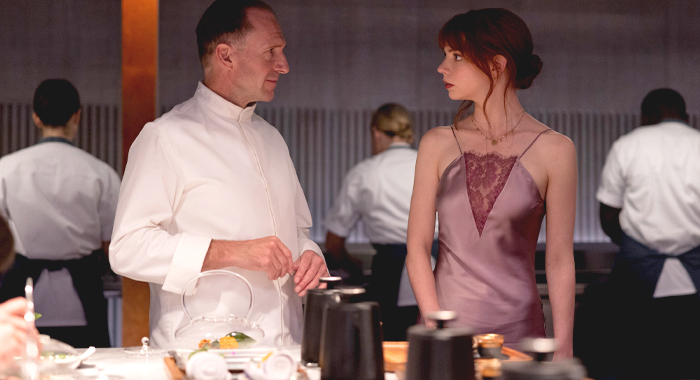 Screenwriters Seth Reiss and Will Tracy ordered up a good story when it came to their screenplay for The Menu. The film, directed Mark Mylod and starring Ralph Fiennes, Nicholas Hoult, Anya Taylor-Joy, and Oscar nominee Hong Chau, was admittedly a long shot for this category, but it would have been nice to be included in the mix.

SURPRISE: Hong Chau’s Whale of a performance gets recognized 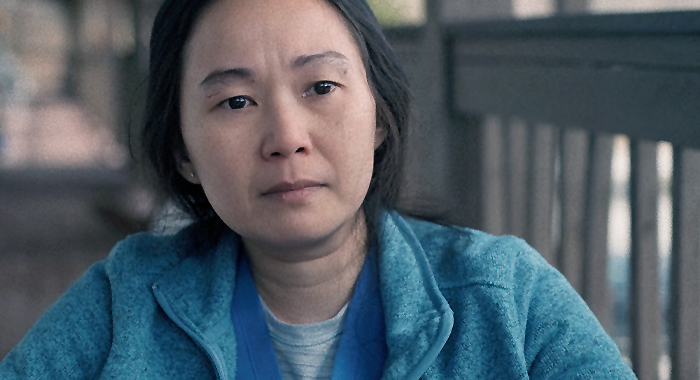 One of the best surprises of the Oscar nomination announcements was Hong Chau earning a Best Supporting Actress nom for her role in The Whale. In a competitive category, her performance as a blunt and straightforward caretaker with a heart of gold was definitely a wild card – it was drawn and played very well, and the note-perfect performance paid off. 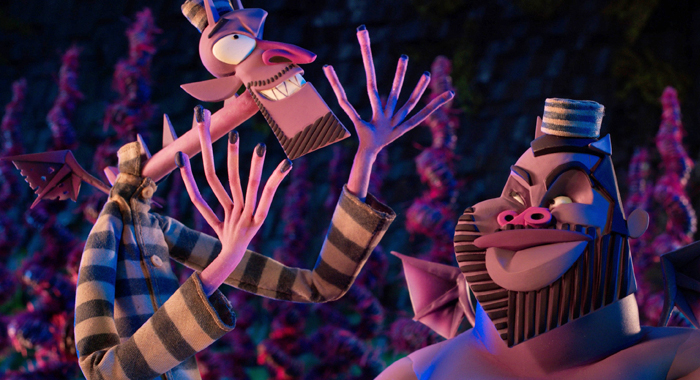 With films like Guillermo del Toro’s Pinocchio, Marcel the Shell with Shoes On, Turning Red, Puss In Boots: The Last Wish, and The Sea Beast, the variety of stories and creative approaches make Best Animated Feature Film a wildly competitive category. Based on the book by Clay McLeod Chapman and directed by Henry Selick, who co-wrote with Jordan Peele, this stop-motion animated feature about the misadventures of two demon brothers and a badass girl named Kat (Lyric Ross) should have easily been a nominee.

SURPRISE: Triangle of Sadness’ Screenplay Gets a Nod 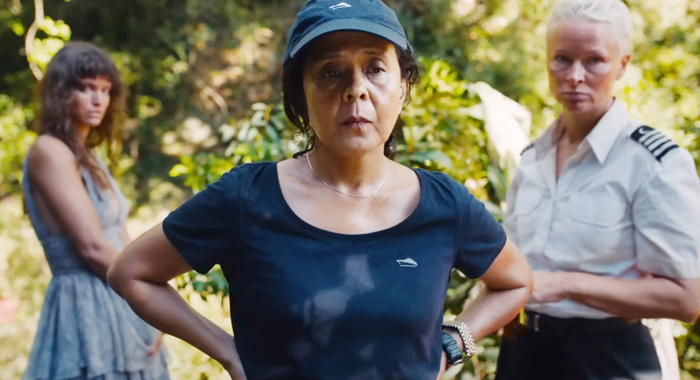 Despite none of the actors getting nominated for Triangle of Sadness, the dark comedy still managed to get a surprising nod for writer-director Ruben Östlund for Best Original Screenplay. Out of all of its nominations, this is the one that came out of left field. 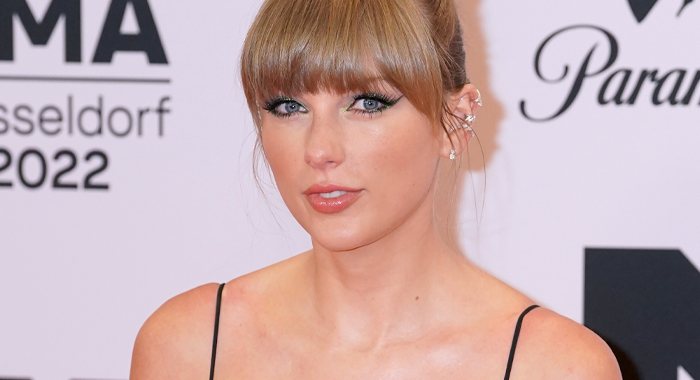 This snub will definitely have Swifties all up in their feelings. Taylor Swift’s song “Carolina” from the Reese Witherspoon-produced Where The Crawdads Sing was denied a nomination for Best Original Song. This was another one of those competitive categories that saw nominations for Oscars mainstay Diane Warren for her work on “Applause” from Tell it Like a Woman, as well as Lady Gaga’s “Hold My Hand” from Top Gun: Maverick, Rihanna for “Lift Me Up” from Black Panther: Wakanda Forever, “Naatu Naatu” from RRR, and “This Is A Life” from Everything Everywhere All at Once.

The 95th Annual Academy Awards will take place on March 12 at the Dolby Theater in Hollywood and air live on ABC.

Are you as obsessed with awards as we are? Check out our Awards Leaderboard for 2021/22. 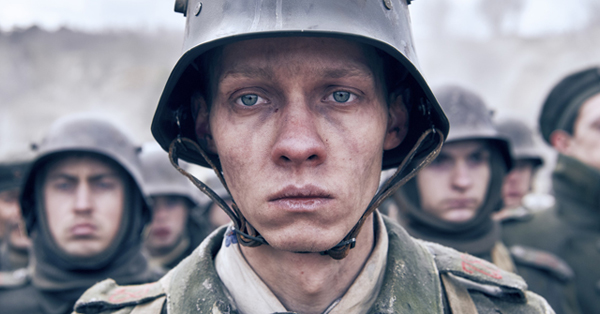