Another SXSW is in the books, and this year featured stellar genre entries. Here are the best of the bunch.

Jordan Peele’s Us got the 2019 SXSW film festival off to an impressive start and unknowingly set the tone for the 26th edition — lots of laughter and screams. Peele has definitively labeled Us a (no qualifier needed) horror movie, but the comedic beats are undeniably funny, as the doppelganger home invasion tale is littered with tense moments designed to crack up the audience unexpectedly. Peele’s new nightmare (one of a host of upcoming projects) was singled out as one of our most anticipated films at SXSW 2019 and has also made our “Best of the Fest” wrap-up — one of five films to make both lists. US also tops our RT Scorecard of every SXSW film by Tomatometer.

Long Shot and Sword of Truth had crowds doubled over with laughter, while critics called closing-night film Pet Semetary “downright horrifying,” and Lupita N’yongo’s Little Monsters and Scottish import Boyz in the Wood mixed a perfect recipe of terrifying hilarity. Besides the genre standouts, a few documentaries and indie gems could go the distance in 2019. 113 feature-length films had their world premiere at SXSW, and these nine are the best of what we saw.

One of our most anticipated of films at SXSW, Olivia Wilde’s directorial debut is a bona fide South-By smash and currently rated Fresh at 100%. Two high-achieving high school graduates embark on an epic night of partying the night before graduation in this hysterical coming-of-age tale. Beanie Feldstein possesses the comedic timing of a seasoned pro, while she gives just the right touch of vulnerability to balance what would have been an unlikable character. In a small but hilarious outing, Jason Sudeikis is pitch perfect as the girls’ apathetic principal, and Carrie Fisher’s daughter Billie Lourd murders every moment she’s on the screen — a tremendous breakout performance.

Jordan Peele has arguably exceeded the impossibly high expectations for his sophomore effort, Us. Our pick for 2019’s official “Scream Queen,” Lupita Nyong’o, was praised in turn as Adelaide, the matriarch of the family at the center of the film, and her eerie doppelganger. Jason Bailey of Flavorwire called her evil-twin performance “unnervingly creepy.” A tight film carefully edited to drive momentum, Us has more tricks than one can discern from the trailers. The blood-chilling remix of Luniz’  “I Got Five on It,” however, more than delivers on the epic foreshadowing from the trailer. It’s another thrill ride that keeps the viewer guessing, and Peele has said that he designed the film to inspire repeat viewing. We can confirm his efforts are supremely effective, and we expect many will opt to see it multiple times.

Though very little was known of Josephine Mackerras’ Alice before SXSW, the French drama turned out to be another SXSW indie gem. While speaking with SXSW before the festival, Mackerras clued us into the film’s larger themes: examining the double standards of gender identity and the nature of need versus love. The 2019 SXSW Grand Jury prize winner for Narrative Features was on our most anticipated films of SXSW and still boasts a 100% Tomatometer score. A muted story about what a desperate woman will do when pressed to her breaking point, the film follows a young mother named Alice whose philandering husband has left her penniless from his addiction to escorts. Alice then finds herself suddenly flung into the lucrative world of high-end prostitution as a last resort to care for her son. Adeptly skewering the gender double standards of sex work, marriage, and child-rearing, this is one not to forget when awards season kicks off. 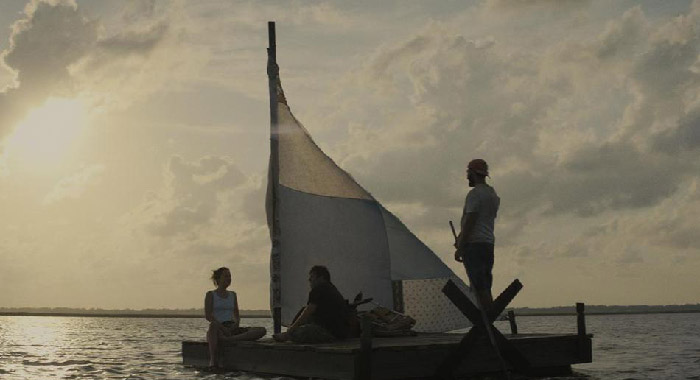 Shia LaBeouf is on a hot streak. He opened the year with an impressive Sundance debut in Honey Boy; penned by and starring LaBeouf, it’s based on his adolescence and strained relationship with his estranged father. This past week he was greeted with equally impressive reactions to his next effort, A Peanut Butter Falcon. Sheri Linden of the Hollywood Reporter gushed, “LaBeouf holds the screen with natural allure, making every twinge of his character’s self-reproach, and every instant of his dawning joy, achingly felt.” In A Peanut Butter Falcon, a ragtag group of outcasts and escapees set off on an adventure down the deltas to a wrestling school — not quite Mark Twain, but there are clear parallels. Underneath its Huckleberry Finn premise is an uncynical story about friendship, family, and defying expectations, and it’s currently Fresh at 100%.

The adorable Jacob Tremblay dropping F-bombs is a hilarious surprise bonus recommendation for Good Boys. We enjoyed Seth Rogen’s other 2019 SXSW entry, Long Shot, but Good Boys was a highlight of the festival and a safe bet for one of the funniest films of 2019. Three sixth-grade friends are headed to their first “kissing party,” and the comedic mix of overconfidence and naivete stymie the tweens’ efforts to prepare. Tremblay looks good to transition to older material after this brilliant, very hard R-rated performance. Stars Jacob Tremblay, Keith L. Williams, Brady Noon had to greet the crowd before the premiere in Austin (the screening finished way past their bedtime). 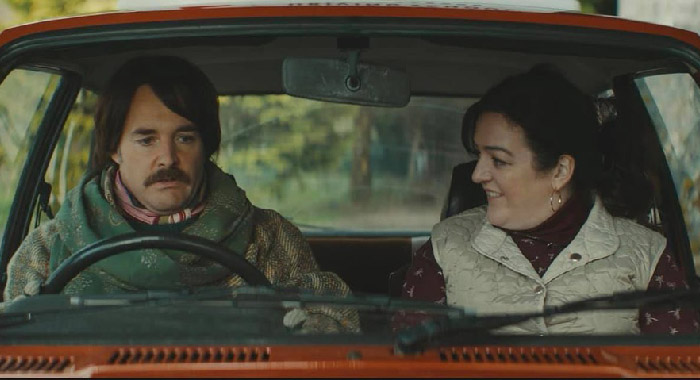 A wholly unique film in tone and subject, Extra Ordinary is tailor-made for cult-classic status. A nervous widower named Martin Martin (Barry Ward) reluctantly visits a driving instructor named Rose (Maeve Higgins) with “the talents” as a way to solve his current woes. Rose, the daughter of a famous spiritualist, can talk to the spirit world, and  Martin enlists her to exorcize his dead but continually nagging wife out of his and his daughter’s life. Martin and Rose battle the spirit world and maybe fall in love while a bizarre cast of characters botch exorcisms, worship Satan, and set up some truly cringe-worthy moments that will leave you in stitches. Will Forte, in particular, shines as the villain of the absurdist sci-fi comedy, which feels like a mash-up of Ghost and Yorgos Lanthimos’ The Lobster. 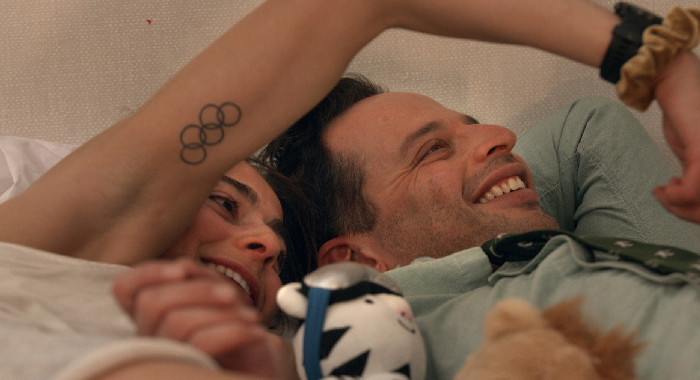 Nick Kroll recently joked that his longtime friend and collaborator John Mulaney had possibly replaced him with Pete Davidson. While Davidson and Mulaney were hitting Steely Dan concerts — and between Kroll’s recording sessions for his animated hit Big Mouth — Kroll lent his talents to one of the best films from SXSW. Currently Fresh at 83% on the Tomatometer, Olympic Dreams is just further proof that romantic comedies are not dead and can be fresh and entertaining. It’s a case study on the joys of love on a time clock and manages to articulate the unsettling nature of going all in on a romance with a decided expiration date. Kroll and co-star Alexi Pappas’ chemistry radiates through the intimate tale. Shot on location at the Winter Olympics, this marks the first scripted film approved by the Olympic Committee to shoot during the games. Aided by the guerrilla shooting style, Pappas, Kroll, and director Jeremy Teicher were able to act as a three-person film crew and pulled double duty co-writing the script. The Olympic meet-cute between a disappointed skier and volunteer dentist illustrates just how heartfelt relationships (even ones between ridiculously neurotic temporary couples) can be.