Taboo Finale: 8 Things to Prepare You for the Game-Changing Season Closer

Writer and co-creator Steven Knight preps us for the season finale. 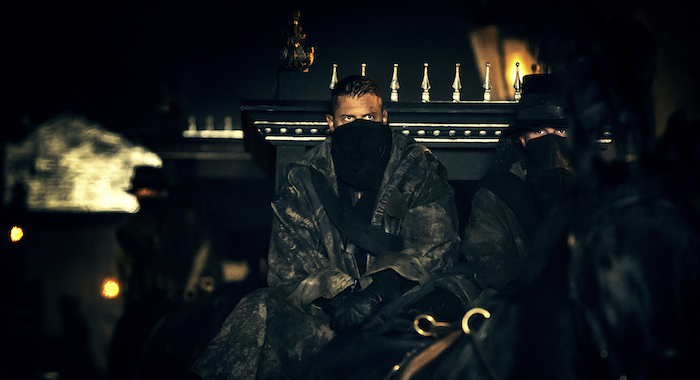 At the end of last week’s Taboo, James Delaney (Tom Hardy) finally faced off against Sir Stuart Strange (Jonathan Pryce). Strange had Delaney tortured at the end of the episode, but Delaney just withstood the waterboarding until he had a chance to tell Strange, “I have a use for you.”

The season finale of Taboo will reveal what Delaney’s plans for Strange are. And that’s not all.

Will the last hour of Taboo see Delaney reclaim his father’s estate? Will it finally reveal what the visions he’s been seeing the past seven weeks really are?

We sought out some answers from co-creator and writer Steven Knight, who spoke with Rotten Tomatoes before the finale of Taboo. Hardy and his father Chips hired Knight to write the show they created together (Hardy had appeared in Knight’s Locke and Peaky Blinders).

Here are eight things Knight advised us to keep in mind to prepare for the last episode. (Also read Rotten Tomatoes’ interview with Hardy here.)

1. THE FINALE CHANGES EVERYTHING 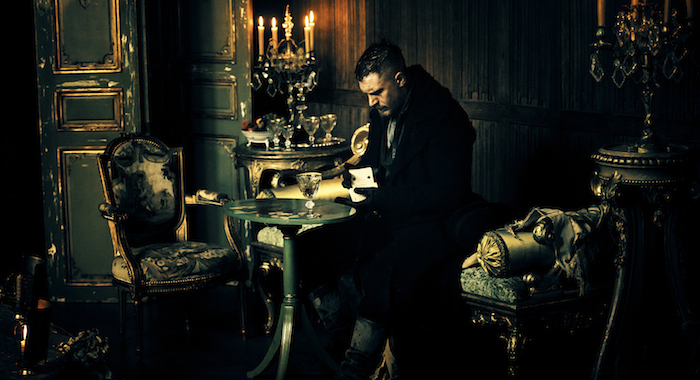 The finale of Taboo is not just a confrontation between Delaney and Strange. Knight says the final episode changes everything viewers may have thought they were watching.

“I hope no one can predict what’s going to happen, but it’s all driven by the central character and his desire to be an individual,” Knight said. “In other words, you won’t know until the very, very end the entirety of what you’ve been watching.” 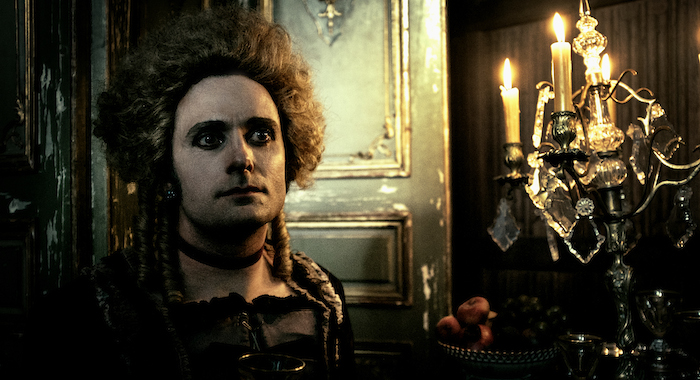 The title Taboo is so evocative it can mean many things. The other cultures to which Delaney was exposed in Africa may have been considered taboo to British society of 1814. It was taboo for women to be unmarried back then. Being gay was considered taboo and even against the law, as Godfrey (Edward Hogg) hides his orientation. Individuality may have been the biggest taboo of all, and that makes Delaney a revolutionary.

“1814 — that era after the French Revolution, after the American Revolution,” Knight continued, “was also a social revolution where individuals, for the first time, were separating themselves from their congregations, from their religions, from their countries and the trade that their family had always engaged in and becoming what we would recognize as a modern individual with choices.

“Delaney is sort of breaking free and it’s a painful process,” he said. “That’s probably the biggest taboo of all, that he’s not a loyal subject, he’s not a Christian, he’s not part of any particular group. He’s just himself.”

3. IT’S NOT SHOCK FOR SHOCK’S SAKE 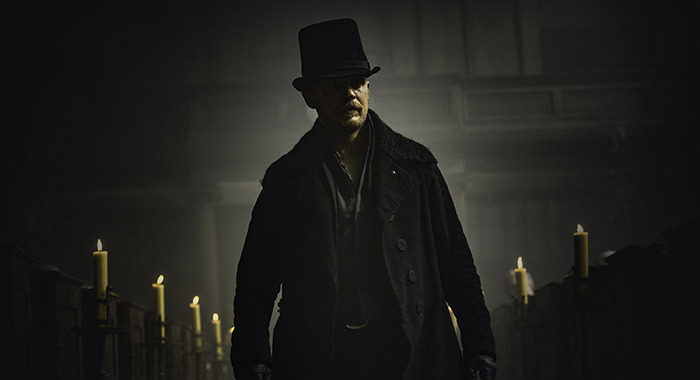 FX is no stranger to taboo. Long before this series, the cable network broadcast shocking series like The Shield, nip/tuck and American Horror Story. What Taboo has in common with those shows is it’s not just trying to be shocking. That’s why it works.

“I think if you set out with the intention of shocking viewers, you’re doing the wrong thing,” Knight said. “If you take a character, put them in a world and have them behave in a way that they will behave, then you will get the shocks anyway if you’ve chosen your character and subjects correctly.

“I don’t think TV audiences enjoy being startled by the extremity of something,” he said. “I think they like being surprised by something that happens that they really weren’t expecting, because everyone is so literate in the media now. We all know if someone coughs, they’re going to die. We all know the rules of drama. If we can do anything shocking, it’s breaking those rules.”

4. WHAT DELANEY SEES MAY OR MAY NOT BE REAL 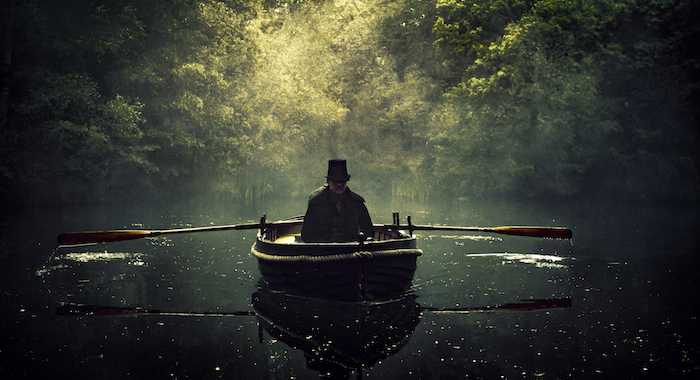 Delaney’s visions have included drowning and painted figures standing in a river. These could be memories of Delaney’s experiences at sea and in Africa, or they could be new visions trying to tell him something. Knight said that whatever they are, Delaney believes them.

“As well as being third-person, it’s also a first-person narrative,” Knight said. “When he sees these things, we’re not saying it’s not really there, but we’re seeing it through his eyes. He’s the one looking. You can’t dismiss it as absolute fabrication and fantasy. It should look like memory as well but it should look like memory of real things that are quite extraordinary.”

5. DELANEY IS A TICKING TIME BOMB 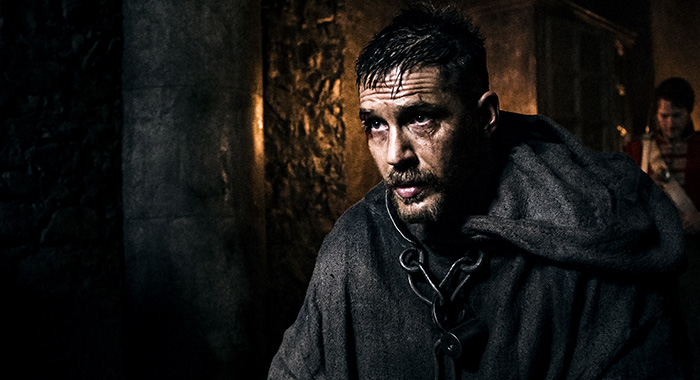 He’s already gone off a few times, but in the season finale, everything he’s set into motion is about to explode.

“He’s very closed down and he’s judicious about when he opens up,” Knight said. “He chooses when he’s open and when he’s closed. He’s not vulnerable to society. He creates his own environment, so that’s who that character is.

“Putting him into a very difficult period of history which is at a time when — I mean, 1814, Britain is at war with the USA, it’s at war with France. Within the society, there’s wars between the Crown and the East India. All those conflicts are going on. He’s sort of an explosion going on inland. Get a character who is very self-contained and throw him into that with an agenda and see how that plays out.”

6. THIS IS NOT THE REAL SIR STUART STRANGE 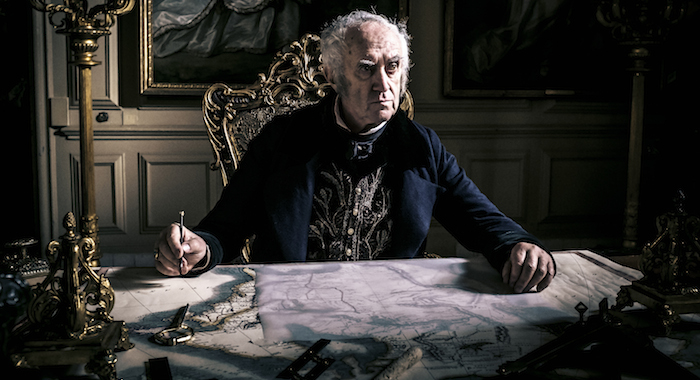 There was a James Charles Stuart Strange who served as as senior member of the board of trade from 1813-1815. That would put him in charge in 1814, but Pryce’s character is not based on him. Knight just took the name.

“There was a figure with his name,” Knight said. “He’s not modeled on that character. He is a sort of product of what he does and of the company and the power that that company once had at the time. He’s sort of representative of that.”

7. HIS OFFICE IS REAL THOUGH 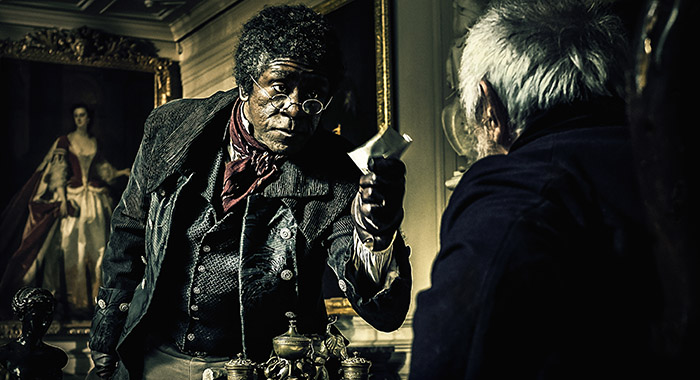 On Taboo, Strange rules from a magnificent office sitting at a table with a full nautical map illustrating the trade routes. Knight said that is not a set. It is a building that sill exists in London.

“No, that’s a real location,” Knight said. “It may even be in Leadenhall Street.”

8. LONDON IS ABOUT TO GET STUFFY 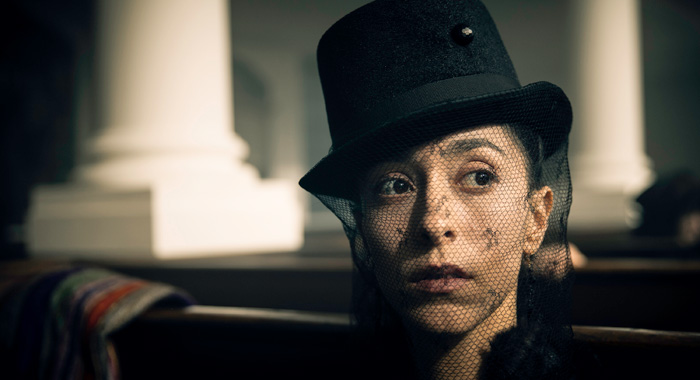 The Victorian era in London begins about two decades after Taboo, in 1837, an iconic period of British art and literature that includes Charles Dickens and Arthur Conan Doyle’s literary portraits of social order and conservative values.

Until then, it’s a free for all with Delaney — in the world of Taboo — as a key agent of anarchy.

“It’s pre-Victorian morality, and in reality, that period in London was very promiscuous, very decadent, very hedonistic,” Knight said. “There were no rules. So we wanted to reflect that and not see it through the prism of Victorian morality which came later.” 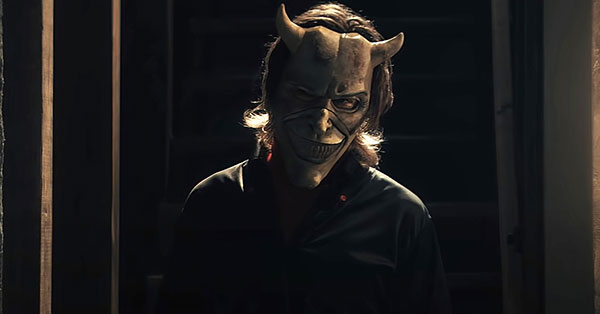