Supernatural’s Jensen Ackles Suits Up for The Boys Season 3

Ackles will play "Soldier Boy" in the superhero series. Plus, a not cute Netflix marketing misstep, Guillermo del Toro finds his Pinocchio, Elizabeth Debicki to play Diana in The Crown, and more top TV and streaming news.

Jensen Ackles jumps from Supernatural to supes and will play Soldier Boy in the upcoming third season of The Boys, Amazon’s hit based on the sardonic comic book series. Speaking of Amazon series and comics, the digital channel has also released a trailer and premiere date for its adaptation of the U.K. smash Utopia. And, in other TV news, Starz’s The Girlfriend Experience is one of the first scripted series back to work since the pandemic, and Vida creator Tanya Saracho is hoping to prop up more Latinx talent through a new overall deal. Learn about these and more casting, development and trailer news that happened in TV this week.

Jensen Ackles Suits Up for The Boys Season 3

The second season of Amazon’s The Boys isn’t even out until September 4, but creator Eric Kripke has already let us know that he’s called in an old friend for season 3. Jensen Ackles, who has spent 15 seasons co-starring in the Kripke-created The CW stalwart Supernatural, will join the Amazon superhero-themed dark comedy next season. He’ll play Soldier Boy, a World War II vet and the first “super celebrity” in this series based on the Garth Ennis and Darick Robertson comics.

Related Video: The Boys Character Deep Dive: Cast Breaks Down The Seven, The Boys, and More

Netflix raised hackles this week when the streamer marketed Cuties (Mignonnes), a film by French Senegalese Black female director Maïmouna Doucouré that denounces the sexualization of preadolescent girls, with keyart that did exactly that. Social media took a stand, forcing Netflix to retract the art and issue an apology.

Left: The poster for Mignonnes, a French movie by a Black director that comments on hyper-sexualisation of girls in modern culture.
Right: How Netflix is marketing it. pic.twitter.com/7MEMxAsW5i

Marvel Valkyrie Tessa Thompson was among those standing up for the film itself, describing it as “a beautiful film” that “gutted” her when she saw it at Sundance:

#CUTIES is a beautiful film. It gutted me at @sundancefest. It introduces a fresh voice at the helm. She’s a French Senegalese Black woman mining her experiences. The film comments on the hyper-sexualization of preadolescent girls. Disappointed to see the current discourse. ?

Netflix responded: “We’re deeply sorry for the inappropriate artwork that we used for Mignonnes/Cuties. It was not OK, nor was it representative of this French film which won an award at Sundance. We’ve now updated the pictures and description.”

The film will premiere on Netflix on September 9. 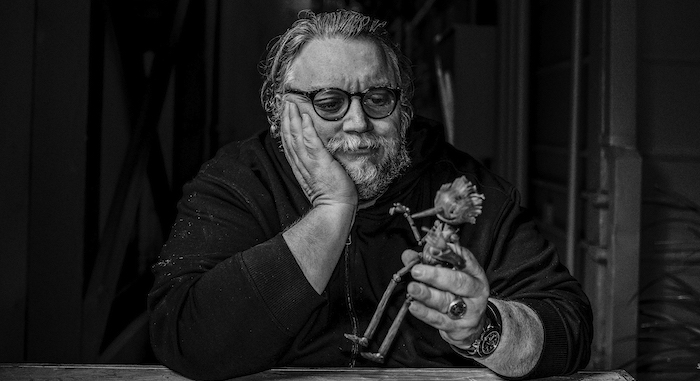 The Night Manager’s Elizabeth Debicki will play Diana Spencer in the fifth and sixth seasons of Netflix’s The Crown. We still have some time before we see the Emmy-winning series’ take on the eventual princess, though. Season 4 premieres on November 15 and is said to cover the late 1970s through 1990.

Sophie Okonedo and Kae Alexander join The Wheel of Time, Amazon’s adaptation of Robert Jordan’s best-selling fantasy novels. They will play Siuan Sanche and Min Farshaw, respectively, in this story set in an epic world where magic exists — but only certain women are allowed to access it.

Aloha, Mr. Hand! Jimmy Kimmel and Brad Pitt are just some of the stars participating in a virtual table read of the seminal high school comedy, Fast Times at Ridgemont High. The event, which is part of Dane Cook’s Feelin’ A-Live fundraiser and (fittingly) raises funds for a humanitarian organization co-founded by Fast Times star Sean Penn, will take place on Facebook Live and TikTok on a date and time to be announced after the project experienced technical difficulties on Friday. 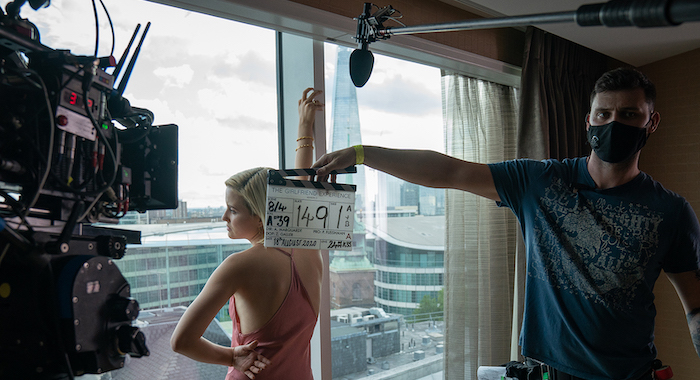 The Starz anthology series The Girlfriend Experience is one of the first scripted shows to test the waters of filming in a post-COVID-19 world. The prestige channel announced this week that it has commenced production on the third season of the show — and photos from set suggest that masks are very much in use. This installment stars The Affair and Bunheads’ Julia Goldani Telles and is written and directed by She’s Lost Control’s Anja Marquardt.

Seth MacFarlane, Chadwick Boseman, and others are executive producing a project about the Little Rock Central Nine for studio UCP. The miniseries, which will be written and executive produced by writer-actress Eisa Davis, is based on Carlotta Walls LaNier’s memoir, A Mighty Long Way. Walls LaNier was the youngest of the nine Black students who were the first to integrate Little Rock, Arkansas’ Central High School in 1957 after the landmark Supreme Court decision Brown vs. Board of Education ruled that “separate educational facilities are inherently unequal.”

Vida creator Tanya Saracho has signed an overall deal with UCP. As well as allowing her to create her own content for television and podcasts, Saracho will also get to establish a lab and incubator program that — according to the press release — is meant “to nurture, amplify, guide, and empower intersectional Latinx voices.”

Apple has ordered the series My Kind of Country, which it says will be a “ground-breaking global search for unconventional and extraordinary country music talent.” Producers include noted Southerner Reese Witherspoon’s production company, Hello Sunshine. 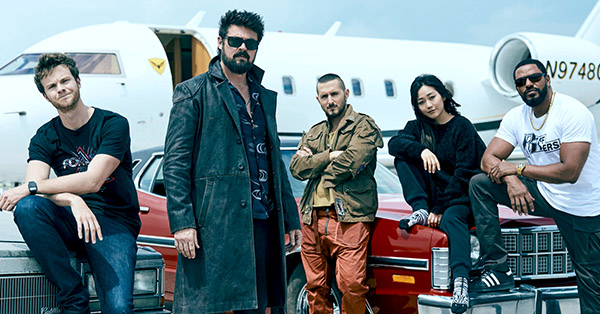 The 5 Most Anticipated TV & Streaming Shows of June 2022 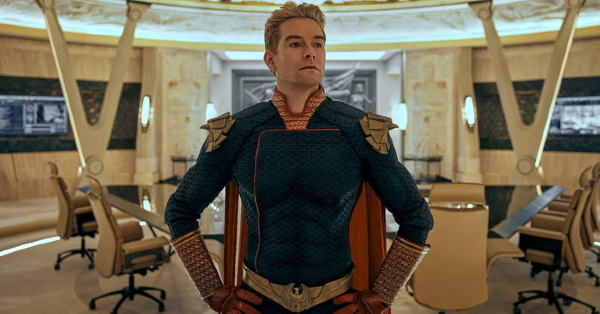