Supergirl Meets The Flash, and Other TV News

This week in TV news, Louis C.K. pulls a fast one, Supergirl will meet The Flash, HBO’s Anita Hill biopic sets an air date, and more!

HBO announced this week that Confirmation, its Anita Hill biopic starring Kerry Washington, now has a release date of Apr. 16. The screenplay by Susannah Grant (Erin Brockovich, Ever After: A Cinderella Story, Pocahontas) is directed by Rick Famuyiwa (Dope, Talk to Me) and will also star Wendell Pierce as Supreme Court Justice Clarence Thomas, Treat Williams as Ted Kennedy, Grace Gummer as Kennedy aide Ricki Seidman, and Greg Kinnear as Joe Biden.

At the Television Critics Association winter press tour, Washington divulged how terrified she was at the prospect of playing a real, live person. As part of her research, she met personally with Ms. Hill, and also attended sexual harassment orientation prior to production.

WAS MELISSA MCCARTHY NOT ASKED TO JOIN THE GILMORE GIRLS REUNION?

After TVLine broke the news last week that the Gilmore Girls reunion was officially a go, there has been much speculation about which cast members will be returning. Series leads Lauren Graham (Lorelai) and Alexis Bledel (Rory), as well as regulars Kelly Bishop (Emily), Scott Patterson (Luke), Sean Gunn (Kirk) and Keiko Agena (Lane) have all been confirmed. But where was Melissa McCarthy as Lorelai’s best friend Sookie? McCarthy tweeted that she was not asked to return to Stars Hollow. However, according to Variety, series creator Amy Sherman-Palladino says she was in talks with McCarthy’s people and that, “She’s really f—ing busy… But the thing I have said [to her team] is, ‘Look, if Melissa is available and has an afternoon free, I’ll write her a scene. Melissa was one of us, if she has a spare moment to run over [to the set] — even if for just a cameo — we would be totally game. And if it’s a last-minute thing, I would write her in and we would figure it out. That’s the way we left it.” As Oprah would say, what is the truth?

Louis C.K. pulled a Beyonce last Saturday and dropped a brand new unannounced TV series on his website, LouisCK.net. Written and directed by C.K., Horace and Pete is a 67-minute dramedy with a definite theatrical feel, and stars Steve Buscemi, Edie Falco, Alan Alda, and Jessica Lange. Episode one is available for $5, and the website appears to be setting aside room for three more episodes, but no one knows when they’ll be available. 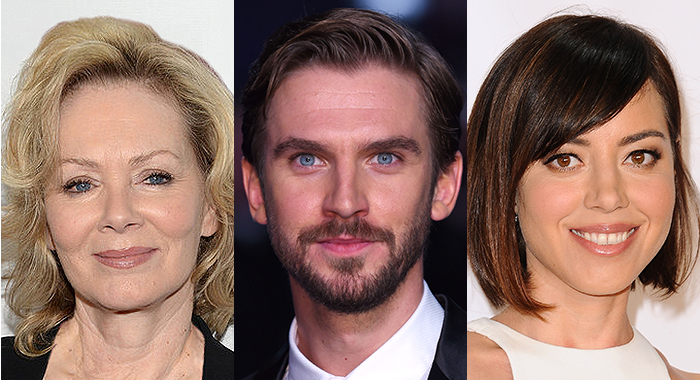 Wayward Pines season two has a doctor in the house. TV Line reported that Jason Patric has been tapped to star in Season 2 of Fox’s mind-bending drama, the network announced Thursday. Patric will play newcomer Dr. Theo Yedlin; a confident, driven surgeon whose leadership skills become invaluable to Wayward Pines’ residents. Season two of Wayward Pines will air this summer on Fox.

Leading the pilot news is Marvel’s announcement that Dan Stevens, Aubrey Plaza, and Jean Smart have joined the cast of the pilot for Legion, the story of a troubled young man. Legion is the latest project from Noah Hawley and John Cameron, two of the Executive Producers of the award-winning FX series Fargo. Stevens (Downton Abbey), Plaza (Parks and Recreation), and Smart (Fargo) join Rachel Keller (also Fargo) in the pilot, which will begin production in March.

Award-winning actor Tony Shalhoub has joined the cast of BrainDead, a new comic-thriller set in the world of Washington, D.C. politics. The series comes from Robert and Michelle King, creators and executive producers of The Good Wife. Shalhoub will play Red Wheatus, a hard-drinking, fun-loving Republican senator who has spent decades in Washington making deals, until a radical transformation turns him into a health-conscious extremist who would rather destroy the government than compromise. BrainDead is scheduled to air this summer on CBS.

SUPERGIRL GETS A VISIT FROM THE FLASH

DC Comics’ superheroes are joining forces for an epic crossover. Grant Gustin’s Barry Allen aka The Flash will be racing from his CW show onto fellow superhero, Supergirl‘s show on CBS. The particulars of their joint adventure are yet to be announced, but the episode will air on Monday, March 28th (8:00-9:00 PM, ET/PT) on CBS.