Plus, Ferdinand and all of the limited releases are Fresh, too!

This weekend at the movies, we have the latest sequel in a film franchise you might have heard of (Star Wars: The Last Jedi, starring Mark Hamill, Carrie Fisher, and Daisy Ridley) and John Cena taking life by the horns (Ferdinand, also featuring the voices of Kate McKinnon and Gina Rodriguez). What are the critics saying? 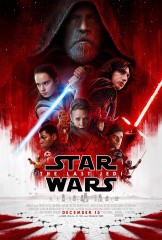 From a money-making standpoint, it made nothing but sense for Disney to buy Lucasfilm in 2012 — even with that whopping $4 billion price tag, the company stood only to gain from acquiring all that sweet, sweet intellectual property. From a creative point of view, however, the move was far more problematic: although the Star Wars franchise has legions of fans around the globe, they’re also deeply protective of the property, as George Lucas himself discovered when he underperformed with the prequels. In embarking on a new trilogy, the studio stood poised to produce some of the most colossally anticipated sequels of all time — and had to take responsibility for satisfying decades of nostalgia while somehow moving a beloved story in new directions. It obviously remains to be seen whether they’ll stick the landing, but two episodes in, this extension of the saga is holding up pretty well — in fact, the eighth installment, this weekend’s Star Wars: The Last Jedi, ranks among the most widely acclaimed entries in the franchise. Critics say Jedi continues building out the younger characters in the cast while honoring veteran stars — particularly Mark Hamill and the late Carrie Fisher — with rich material, and balancing killer set pieces and humor against a deep well of emotion. The pressure’s now on J.J. Abrams to bring this trilogy to a satisfying conclusion in two years; in the meantime, fans can enjoy a middle chapter that stands proudly among the best Star Wars has to offer. 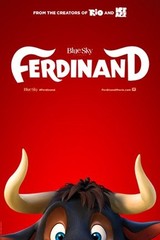 Luke, Leia, and Chewbacca aren’t the only legacy characters making a return to theaters this week. We’re also getting Ferdinand, in which the venerable peace-loving bull gets a CGI animated makeover — and a new voice courtesy of John Cena — in a full-length feature that seeks to bring the classic children’s tale to a new generation. Of course, the 1936 book the story first appeared in is only a few dozen pages long; when Disney adapted it two years later, the resulting short ran less than 10 minutes. As a result, it isn’t surprising that critics say there’s a little extra padding in this Ferdinand — but by and large, they’re also saying the results make for perfectly entertaining family-friendly fun. With a voice cast rounded out by comedic talents like Kate McKinnon and Jerrod Carmichael, all in the service of a story about a bull who refuses to fight no matter what society says, parents in search of a colorful diversion can safely go ahead and get in the ring.