These series just ended, will end soon, or are heading into their final season. 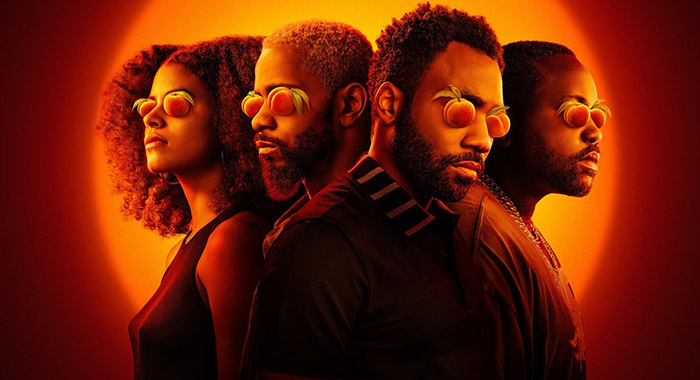 Atlanta fans know that Earn (Donald Glover), rapper Paper Boi (Brian Tyree Henry), Darius (LaKeith Stanfield), and Vanessa (Zazie Beetz) have been everywhere together — from hustling and bustling to seeing a measure of success (and Europe last season!), all the while finding themselves in weird, sometimes fantastical life situations. Now for its fourth and final season, the gang is back in town and a little more mature — or are they?

The 10 shows below created buzz when they debuted and are still buzzing as they end; although the critics and audiences’ scores were sometimes surprising. The Marvelous Mrs. Maisel — with all its fun faux ’50s New York pizazz and witty, liberated take on a woman comic trying to make it in showbiz — experienced a dip in season 3 from its Tomatometer scores’ highs in the 90s. New Amsterdam was positively viewed by audiences in the show’s first two seasons, but its first season was Rotten with critics and four subsequent seasons were all but ignored, not getting enough reviews to get a score (five are required).

Below are the background, trajectories, highlights, and low spots for these fan favorites.

Atlanta, the story of a Princeton dropout–cum–rap music manager and his world — which includes the cousin that he manages, his ex-girlfriend, and various other friends, hangers-on, and oddballs — has stayed Fresh throughout three seasons. Like Stranger Things, this show has also made stars out of its cast, starting with actor and show creator Glover, as well as Stanfield, Henry, and Beetz. Glover joined the Star Wars universe in Solo: A Star Wars Story as a young Lando Calrissian, while Beetz joined the X-Men universe as Domino in Deadpool 2. In 2021 Stanfield and Beetz starred in the Netflix all-Black Western The Harder They Fall. Stanfield also received an Oscar nomination that year for his role in the biographical film Judas and the Black Messiah. Henry, meanwhile, entered the Marvel Cinematic Universe with his role as Phastos in Eternals, as well as appearing in DC Comics–based film Joker and MonsterVerse film Godzilla vs. Kong and its upcoming sequel.

After an epic 11-season run, the undead series is finally coming to an end, but not before it spins-off several sequels: The Walking Dead: Dead City, set in New York City and starring Lauren Cohan and Jeffrey Dean Morgan; a Daryl (Norman Reedus) and maybe Carol (Melissa McBride) series that is filming to Europe; and a limited series about Rick Grimes (Andrew Lincoln) and Michonne (Danai Gurira) that is expected to close out those characters’ tale.

The casting of Maitreyi Ramakrishnan as Devi is truly a Cinderella story. Ramakrishnan was a 17-year-old high school student with no experience other than appearing in school plays. She answered an open casting call on Twitter, sent in an audition tape, and won the role over 15,000 people when Hollywood casting directors Collin Daniel and Brett Greenstein (Ten Things I Hate About You, Hot in Cleveland) showed her tape to Kaling. Winner of the People’s Choice Award for Comedy Show in 2021, the series has held its favor with critics with Tomatometer season scores in the mid-90s and two Certified Fresh seasons. Its third season premiered in August, and the show will return for one final season in 2023. Never Have I Ever cast and crew have also been the recipients of many other awards including an Independent Spirit Award (Ramakrishnan for Best Female Performance), NAACP Image award (Kaling and Fisher for Outstanding Comedy Writing), and MTV Movie Award for “Best Kiss.”

Where to watch Never Have I Ever: Netflix

In addition to the scare quotient in Stranger Things, 1980s pop-culture aficionados had fun spotting the treasure trove of scenes featuring half-forgotten things — from furniture and arcade games to music. Seasons 1 and 2 were Certified Fresh with the Critics Consensus noting that the show is “exciting, heartbreaking and sometimes scary.” The third and fourth seasons, while only slightly lower on the Tomatometer ranking, were still praised by critics. At the same time, the talented cast became stars and won a Screen Actors Guild (SAG) award its first year for “Outstanding Performance by an Ensemble in a Drama Series.” In 2020, the show even snagged the prestigious Peabody Award.

Where to watch Stranger Things: Netflix

Queen Sugar, which has two 100% Fresh seasons in a row, is one of those shows whose plot takes its sweet time. Yet the storytelling is strong, and the subjects covered are universal, involving land, money, culture, the “New South,” and tradition. In addition to bringing Rutina Wesley (True Blood) back to a series, it introduced some newer faces such as lead Dawn-Lyen Gardner and Kofi Siriboe.

Starting out Fresh on the Tomatometer in its first two seasons, The Marvelous Mrs. Maisel also won a Golden Globe Award for Best Television Series, Musical or Comedy in 2017 followed by a slew of Emmys for the show and cast in 2018 and 2019. In season 3, however, the show dropped over 10 points on the Tomatometer as reviewers criticized the characters’ lack of growth — it was still Fresh, but not as celebrated. Season 4 saw a rebound into the low 90s, and season 5 will close out the story.

Where to watch The Marvelous Mrs. Maisel: Prime Video

The Good Fight’s funny, fast storylines and witty dialogue have kept it Certified Fresh for five of its six seasons. Christine Baranski is seasoned law partner Diane Lockhart who, when she suddenly finds herself redundant at her old firm, decides to join an all-Black one and finds herself a minority with some formidable co-workers including old acquaintance Liz Lawrence (Audra McDonald who appeared in season 4 of The Good Wife). In the season finale of season 5, Diane gave up her fight for a partner at her “new” firm but still had not found peace. So what now? Will Good Fight wrap up in season 6 with “an examination of our present, more pessimistic cultural climate” or go out with a “bang”?

With James McAvoy, Ruth Wilson and Lin-Manuel Miranda what could go wrong, right? The season 1 Critics Consensus notes, “while His Dark Materials’ visual splendor and exceptional performances deftly capture the essence of Philip Pullman’s seminal novels, it could use a little more magic.” Season 2 ranked higher: “Its sophomore season rewards the faithful with impeccable production values and cerebral thrills.” A third season airing this year will end the series.

Feminist witches join the army to secretly fight a strain of evilness known as The Spree. Motherland: Fort Salem took place in a future where women are dominant, but the witches are genetically linked to those accused of witchcraft at the long-ago Salem, Massachusetts, witch trials. However, season 1 was lukewarm on the Tomatometer and the remaining two seasons didn’t receive enough reviews to get Tomatometer scores. Critics found the show’s plot “confusing,” offering a “beautiful world to gaze at but hard to get lost” inside of, and season 3 was the end of the road for Motherland: Fort Salem.

NBC’s New Amsterdam is based on the bestselling book Twelve Patients: Life and Death at Bellevue Hospital about the true story of Dr. Eric Manheimer, a former medical director at Bellevue in New York. For audiences, the medical drama picked up in its second season; for critics, not so much. Despite a writer’s room that includes Manheimer, Aaron Ginsburg (Burn Notice), Erika Green Swafford (How to Get Away With Murder), and Shaun Cassidy (Blue Bloods), the series put off critics at its outset and never regained their attention — seasons 2-5 didn’t receive enough reviews to get a Tomatometer score, and the current season is the show’s final. But the series’ legacy includes a Turkish adaptation (through NBC Universal International and 03 Medya) scheduled to run in 2023.