Rotten Tomatoes UK can exclusively reveal that Kevin Smith‘s next project – a horror movie – is called "Red State". Up until now Smith has revealed little about the film other than the fact it’s a horror movie and it’ll be decidedly less joke-y than his back-catalogue. But, in addition to the title, Smith was keen to give us a head’s up on the plot of the film.

If you’ve seen any of his "An Evening With…" DVDs, you’ll know how much fun it can be to sit down in an audience and listen to "Clerks II" director Kevin Smith talk. In London this past week with his family – his daughter Harley is missing Johnny Depp‘s daughter Lily-Rose while he’s in town working on "Sweeney Todd" so they arranged an international play-date – Smith took to the stage of the Prince Charles Cinema just off Leicester Square for two of his infamous four-hour Q&As.

But even in the relatively small company of five hundred that packed into the cinema on each night, getting a question in proved difficult as Smith worked his trademark tangential style around topics as diverse as his favourite dinosaur, why he hasn’t yet seen Firefly and what happens to a Dachshund post-coitus.

So RT-UK naturally leapt at the chance to spend some time with Smith one-on-one while he was in town and he graciously allowed us a whole two hours to riff on whatever came to mind. We’ll be sharing the full conversation very soon but we did want to rush this item to your attention right away.

UK audiences recently saw documentary journalist Louis Theroux spend time with members of the Westboro Baptist Church in Topeka, Kansas, a controversial church group made largely of members of the Phelps family and run by preacher Fred Phelps. Infamous in America for taking a supremely homophobic stance and for picketing the funerals of soldiers killed in Iraq, the group see media interviews as a platform for airing their views and the word of their founder, Fred Phelps.

"That dude has always fascinated me and he’s really informed the horror movie that I’m working on," Smith told us, "The movie’s called ‘Red State’ and it’s very much about that subject matter, that point of view and that position taken to the absolute extreme. It’s certainly not Phelps himself but it’s very much inspired by a Phelps figure."

But while Smith is convinced that "horror" is the right definition for the film, he’s not so sure audiences will agree. "To me there’s all kinds of horror, and killing someone’s not the absolute worst thing you could do to another human being," he said, "The death in a horror movie has always been the money shot in a very exploitative manner. Stabbing somebody and splashing blood all over them is the equivalent to some dude exploding over some broad’s face.

"And to me, too, the notion of using a Phelps-like character as a villain, as horrifying and scary as that guy can be, there’s even something more insidious than him that lurks out there in as much as a public or a government that allows it and that’s the other thing that I’m trying to examine in a big, big way. It’s weird because for a few months I’ve been saying ‘horror movie’ and technically it is, but it’s also not a very traditional horror movie in the sense that people have been asking me, ‘Is it a slasher movie? Is it like the Japanese horror flicks?’ It’d be much easier to just show it to them when I’m done and be like, ‘This is what I meant.’ At which point I’m sure there’ll be people saying, ‘This ain’t a horror movie!’ But to me, it is."

Smith is planning to write the film in the next few months before shooting it later in the year. "We’re going to shoot it somewhere in the middle of the country, in a true red state." And it’s not the only feature project on the horizon, as Smith told us he’s in the middle of writing a comedy to shoot in the winter. "It takes place in the middle of winter in Minnesota so we have to wait for snow," he said.

Our full conversation with Smith, including more about "Red State", is on its way, but for now why not have your say on the forums or visit Smith on the web at silentbobspeaks.com and viewaskew.com.

Many, many thanks to Kevin for being so generous with his time, on Good Friday of all days, and to his wonderful assistant Gail Stanley we are enormously indebted for the late nights she’s pulled putting us in touch across time-zones. 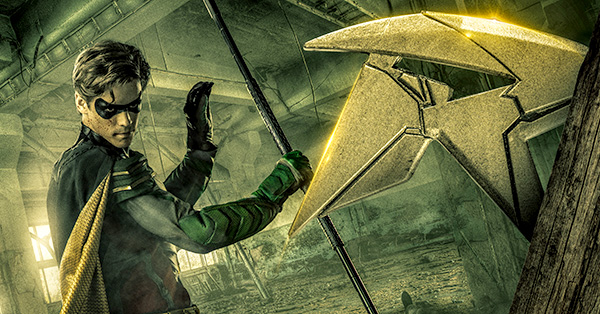