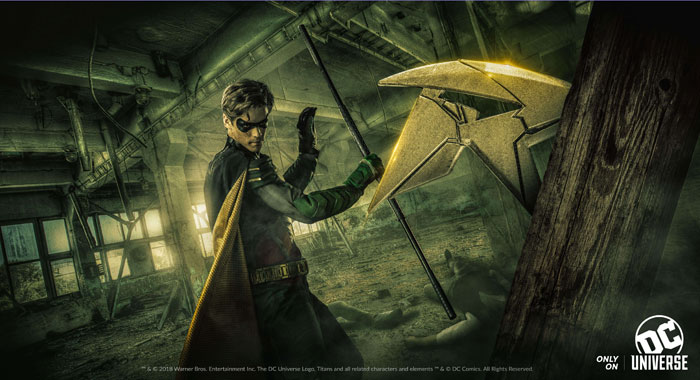 DC Entertainment’s upcoming streaming service DC Universe has teased fans all summer with its content and community features. It even offered beta access to potential subscribers during Comic-Con International: San Diego with a special pre-order bonus. But it held back one key detail until today: when the service will go live.

During a live broadcast of the service’s DC Daily on Wednesday, DC Universe finally announced it will be open to the public on September 15 – Batman Day in comic book stores across the country. Across the two-hour DC Daily event, hosted by geek luminary Kevin Smith, other features and announcements were made public, and Rotten Tomatoes had a ring-side seat at the broadcast. Let’s take a look at some of the things we now know about DC Universe.

After all the paparazzi shots, publicity stills, and one red-hot Comic-Con trailer, DC Universe’s first live-action television show, Titans, will debut on October 12, and new episodes will be released weekly on Fridays. Based on a concept originally devised by Bob Haney and Bruno Premiani – and revised by Marv Wolfman and George Perez as New Teen Titans in the 1980s – the 12-episode first season will feature most of the Wolfman/Perez team as Dick Grayson (Brenton Thwaites) recruits Starfire (Anna Diop) and Beast Boy (Ryan Potter) to help him aid a troubled young girl known as Raven (Teagan Croft). 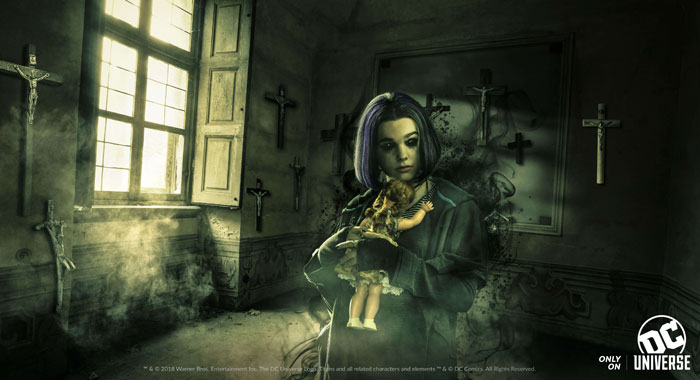 While key members of the comic book Teen Titans like Donna Troy may eventually appear in the series, Cyborg will appear on DC Universe’s 2019 series Doom Patrol in the form of actor Jovian Wade. Additionally, DC Universe will debut the first episode of Titans at New York Comic Con on October 3rd.

Subscribers Can Catch Up On Young Justice At Launch

While the long-anticpated third season of Young Justice, Young Justice: Outsiders, will not debut until next year, the earlier two seasons will be available on the service at launch. Produced by Greg Weisman and Brandon Vietti, the series reimagines the sidekicks of the DC Universe as a loose group of acquaintances brought together when Robin, Aqualad, and Kid Flash discover a clone Superboy in Cadmus Labs. 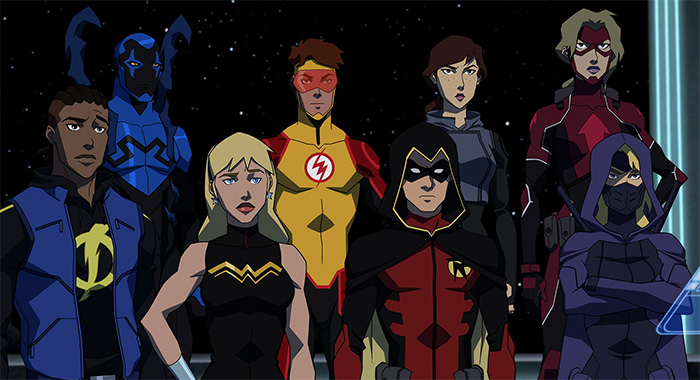 Their performance during the operation leads Batman to suggest they form a covert team which, oddly enough, never adopts a name. Taking over the League’s original base in a hollowed-out mountain, Black Canary becomes their trainer as the group grows to include Miss Martian and Green Arrow’s newer sidekick Artemis. In the second season, set five years later, a new team of heroes takes the place of the original sidekicks as Robin – now known as Nightwing – agrees to train and supervise them.

According to Weisman and Vietti, Outsiders will feature another time-jump despite the second season’s infamous cliffhanger. A team composed of many of the second season members will face what Vietti called “metahuman trafficking” — as seen in the clip aired during DC Daily, Nightwing is leading the investigation into those trying to turn ordinary teenagers into metas. 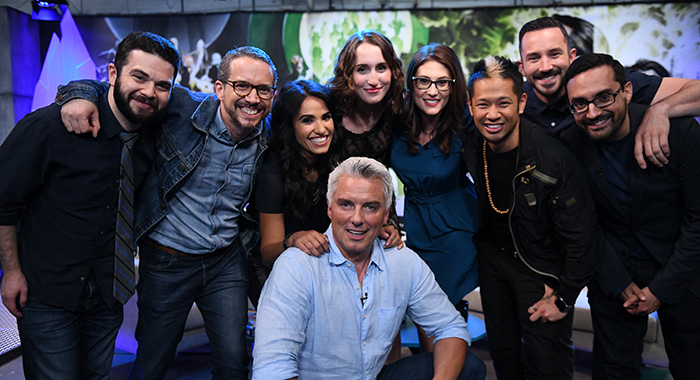 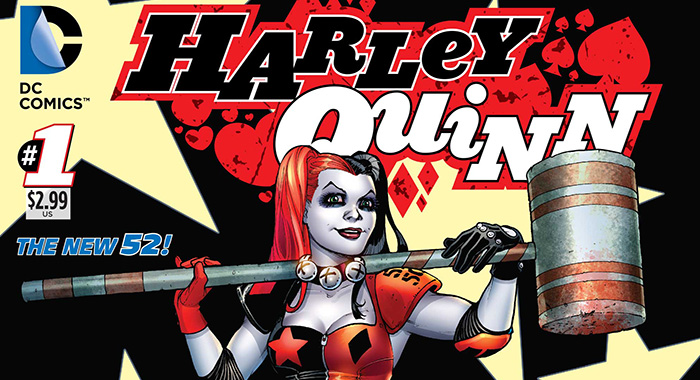 Besides its television offerings, the service will also bring classic DC Comics titles to your television screen in an impressive, scalable interface. The initial roster of comics will include the first appearances of Batman, Superman, and Wonder Woman and fan favorites like Batman: Gothic, The Authority, Green Arrow: Year One, Shazam, The New Teen Titans, Identity Crisis, The Batman Adventures, and Jack Kirby’s New Gods. Of these, we would recommend The Authority and New Gods as an example of the sort of breadth contained in DC Comic’s fictional worlds. Alternatively, The New Teen Titans is an excellent showcase of DC’s core brand. Also, if you’ve never read the first Batman, Superman, or Wonder Woman stories, they will be revelations for a new reader both in how far the characters have come in 80 years and how much of their core was already on display in the first page.

As promised in the initial announcement, the service will also run contests, like The Ultimate Batman Studio Tour Sweepstakes. Subscribers who pre-order DC Universe before September 12 — and those who have already pre-ordered — will be entered to win a visit to Warner Bros. in Burbank, California, where they will take the WB Studio Tour Hollywood, visit DC Entertainment’s headquarters, ride in the Batmobile, and receive a prize package that will include an original piece of art drawn by DC Chief Creative Officer and Publisher Jim Lee during the DC Daily broadcast, among other goodies. 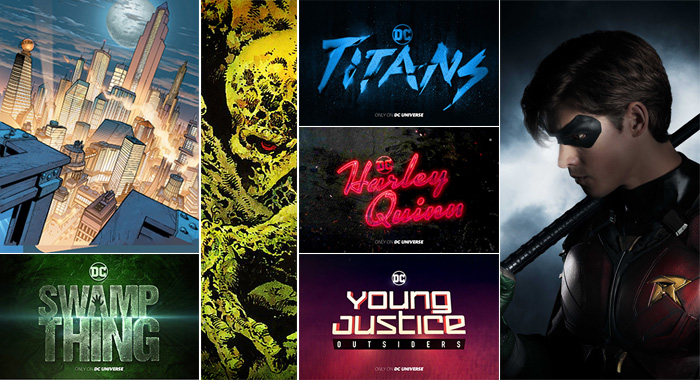 With the service aiming to deliver just about all the DC Entertainment content it can, DC Universe will also offer feature films like The Dark Knight and the original four Superman films starring Christopher Reeve. It will also offer other animated television shows like the remastered Batman: The Animated Series and Legion of Superheroes. It is unclear if it will offer stranger curios, like the 1967 Wonder Woman pilot or the truly strange The Adventures of Superpup pitch film released on various Superman anthology box sets, but the 1950’s The Adventures of Superman – long absent from streaming services – will definitely be available.

Here are the official descriptions of the original series in development for the streaming service:

Titans follows young heroes from across the DC Universe as they come of age and find belonging in a gritty take on the classic Teen Titans franchise. Dick Grayson and Rachel Roth, a special young girl possessed by a strange darkness, get embroiled in a conspiracy that could bring Hell on Earth. Joining them along the way are the hot-headed Starfire and loveable Beast Boy. Together they become a surrogate family and team of heroes.

Doom Patrol is a reimagining of one of DC’s strangest group of outcasts: Robotman, Negative Man, Elasti-Woman and Crazy Jane. Led by the mysterious Dr. Niles Caulder they’re called into action by the ultimate hero for the digital age, Cyborg. Banding together these rejects find themselves on a mission that will take them to the weirdest and most unexpected corners of the DC universe.

Swamp Thing follows Abby Arcane as she investigates what seems to be a deadly swamp-born virus in a small town in Louisiana but soon discovers that the swamp holds mystical and terrifying secrets. When unexplainable and chilling horrors emerge from the murky marsh, no one is safe.

Young Justice: Outsiders features the return of the fan favorite animated series with a huge cast of DC’s most iconic young superheroes – plus brand-new characters, many of whom are just discovering their unique meta-powers and special abilities. Set against the backdrop of a rich, deep world that touches all corners of the DC universe, the season focuses on meta–trafficking, and an intergalactic arms race for control of these super–powered youths.

Harley Quinn follows Harley’s adventures after she breaks up with the Joker and strikes out on her own in this new adult animated comedy. With the help of Poison Ivy and a ragtag crew of DC castoffs, Harley tries to earn a seat at the biggest table in villainy: the Legion of Doom. 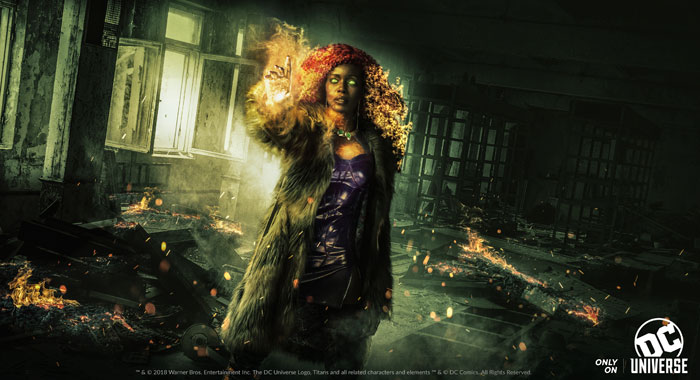 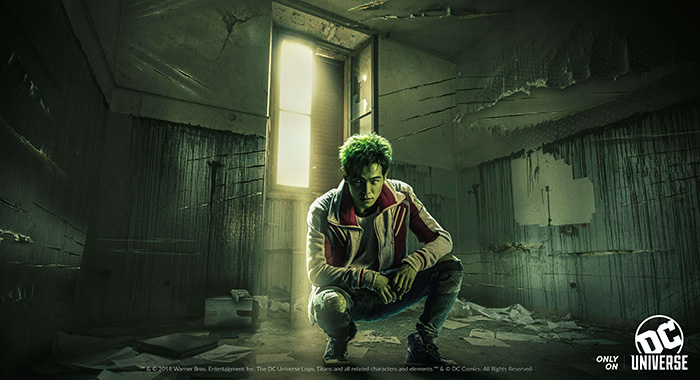