Plus a few classics in hi-def for the first time.

The dearth of truly quality movie DVDs continues, as most of the brand new releases this week of films that came out this year are quite solidly Rotten. Having said that, we’ve also attempted to fish out a few good re-releases, as well as one indie film that was Certified Fresh but didn’t see much action at the box office. There were also a handful of Blu-Ray titles which were simply reissues of previous releases (Forbidden Planet and Stardust, for example), so we decided to leave those off the list. So have a look and see if anything tickles your fancy:

Movies based on Saturday Night Live skits haven’t had the most impressive history on the Tomatometer, and for good reason: they’re typically best-digested in their original format, running in short sketches around five minutes long. But every once in a while, there’s an SNL movie that comes out and, while it doesn’t blow the critics away, it may succeed in garnering a few decent reviews. MacGruber is one such film. Based on SNL’s bumbling, incompetent version of MacGyver, MacGruber sees Will Forte as the titular operative, who must work together with his love interest Vicki St. Elmo (Kristen Wiig) and young soldier Dixon Piper (Ryan Phillippe) to bring down the man who killed his wife, Dieter von Cunth (Val Kilmer). Critics felt that the film too often mistook shock value for humor, but that when it succeeds in getting laughs, they’re big laughs. So it could be a hit-or-miss for you, but if you’re looking for a mindless, absurd comedy, this might do the trick.

Spy movies have seen a resurgence as of late, what with recent releases like Knight and Day, Salt, and The American, and action-comedies have been popular as well. It only makes sense to pair up a couple of beautiful leads in one such action-comedy about a recently single woman (Katherine Heigl) who meets the man of her dreams (Ashton Kutcher), only to discover that he may be a highly trained spy on the run from contract killers. Seems like a simple premise that could be broad enough to be effective, but the critics say there is too much in Killers that we’ve all seen before, leading to a lack of chemistry between Heigl and Kutcher and producing few laughs or thrills. If that sort of “been there, done that” feeling doesn’t bother you, though, who knows? You might find this fluffy piece of entertainment worth your while.

Michael Douglas has been taking on somewhat lower-profile pictures for a while now, but he’s set to return to the big screen to reprise one of the roles that defined his career, namely that of Gordon Gekko in the Wall Street sequel. Last year, however, it was the strength of Douglas’s considerable acting chops that helped to elevate a small independent film about a car magnate whose life is spiraling out of control. Thanks largely to his performance, Solitary Man landed a solid, Certified Fresh 82% on the Tomatometer, despite the fact that Douglas’s character was kind of an unlikable cat. So for those of you who are fans of the actor and just chomping at the bit for something that shows off his talents, this would be an excellent pickup to spend an evening watching.

The Loss of a Teardrop Diamond

The works of Tennessee Williams have proven to be fruitful fodder for Hollywood in the past (A Streetcar Named Desire, anyone?), but the translation from page to screen still requires an artful touch. This was, however, apparently absent from the making of The Loss of a Teardrop Diamond, a period piece based on a long-lost Williams screenplay from 1957. Bryce Dallas Howard plays Fisher Willow, a southern debutante who falls in love with a farmhand (Chris Evans), but who fears her mother’s (Ann Margaret) rejection and attempts to pass off the farmhand as a wealthy suitor. Of course, complications ensue, and heated family drama results. Unfortunately, while some critics felt that Howard gave it her all, most would have been content if this script had never brought to the screen, calling it everything from a “curiosity piece” to the “low fat version” of Tennessee Williams melodrama. Nevertheless, fans of the playwright might just be curious enough to see this film, which opened at the tail end of 2009.

There are a handful of great films about the movie-making business, and Robert Altman’s 1992 film The Player has come to be recognized as one of them. Featuring an all-star cast that includes Tim Robbins, Peter Gallagher, Vincent D’Onofrio, Greta Scacchi, Fred Ward, Whoopi Goldberg, and Lyle Lovett (yep, Lyle Lovett), not to mention the countless other cameos, the film was based on Michael Tolkin’s novel of the same name. The story focuses on Hollywood producer Griffin Mill (Robbins), who begins receiving threatening postcards from a disgruntled writer whose proposal he once rejected. When he attempts to confront the writer he thinks is sending the postcards, tragedy strikes, and the mystery becomes more complicated. The Player was notable not only for its outstanding performances, but for its humorous and simultaneously scathing satire of the industry, earning an outstanding 98% on the Tomatometer en route to Certified Fresh status. This Blu-Ray version doesn’t come with a whole lot of mind-blowing extras, but the regular fare is here: audio commentary featuring Altman and Tolkin, a featurette, and some deleted scenes.

Despite some of the flack he’s gotten over the Star Wars prequels and the most recent Indiana Jones sequel, no one can deny the visionary work of George Lucas. 1971’s THX 1138 marks the beginning of Lucas’s feature film directorial career, and the film has become a touchstone for sci-fi geekery the world over. Robert Duvall plays the titular character, a citizen in a dystopian future where sexual activity is forbidden and order is maintained through the mandatory ingestion of narcotics. When his female “roommate,” LUH (Maggie McOmie) becomes disillusioned with the system and decides to discontinue medication for both herself and THX, THX begins to feel all the emotions previously numbed, and with the help of other disillusioned citizens, he attempts to escape. THX 1138 is a well-regarded classic of sci-fi, both for its themes and its unique and effective presentation of the future. This particular reissue comes with all of the special features found on the 2004 2-disc DVD of the film, and includes commentary with Lucas and Walter Murch, lots of featurettes (sound design, history of American Zoetrope, making-of), and even Lucas’s original treatment for his USC student film on which THX 1138 was based. 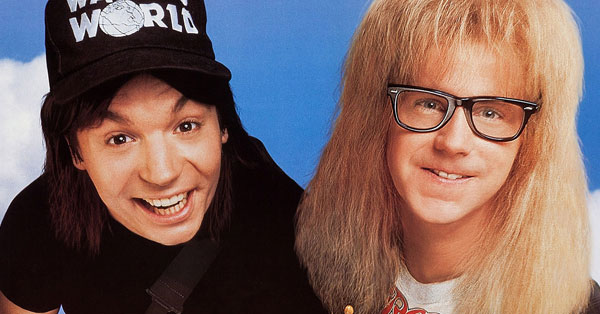 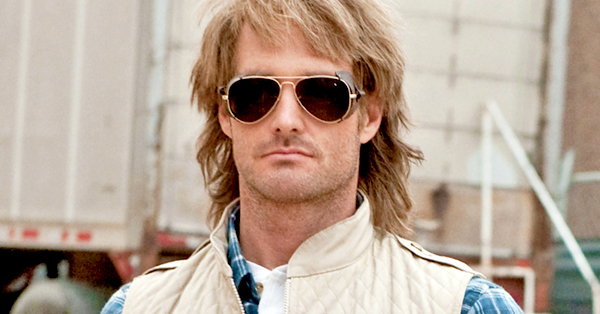