The young actress on teen comedies, superhero movies, and morbidity.

A relative newcomer to the big screen, Kat Dennings has made a strong impression in a short time with roles in Down in the Valley, The 40-Year-Old Virgin and London already under her belt.

She’s currently starring in Charlie Bartlett alongside Anton Yelchin and Robert Downey Jr. and took a moment to sit down with RT to discuss her character, her passion for superhero movies, and her upcoming Nick and Norah’s Infinite Playlist.

Charlie Bartlett is reminiscent of those classic teen movies of the eighties — was that what grabbed you about the script?

Kat Dennings: It was. I missed that feeling of the fun, eighties teen movies. I wasn’t seeing that too much and all the teen stuff since seemed to be completely different. It was the good-times eighties feeling of Charlie Bartlett which I instantly loved.

Even Charlie is unlike the sort of leads we’re used to seeing in teen movies these days.

KD: Yeah, he’s not very together, you know, and he’s a unique person. I don’t even know how to describe him; he almost would be a different character in a typical teen movie. He wouldn’t be the lead, which is why it’s so great — he’s a special boy!

Who is Susan as a character?

KD: She’s the daughter of the principal, played by Robert Downey Jr., and she’s a preternaturally wise character. She’s just sort of disenchanted by what her family’s gone through and she has focussed her efforts more on the drama club and what she wants to do rather than being a boy-crazy type of girl. She keeps to herself a little bit.

And then she meets Charlie and he’s — like I said — a special boy and she sees how different he is and then they realise they’re very similar.

What do you think it is about Charlie that she latches onto?

KD: I think initially it’s because he’s so adorable, you know, and he’s such a weirdo. He shows up at school with huge bug eyes and she loves that he’s nothing like anyone she’s ever met and exactly what she’s been waiting for. That’s what attracts her to him, but then they figure out that they just have a lot that’s the same about who they are and their families and things. Their situations aren’t the same, but they realise that he’s been through something and she has too and it just cements their bond.

KD: Yeah, she’s pretty forward. She’s not a play-hard-to-get girl and she sort-of sets her sights on him and makes no pretext about how she likes him and wants to be with him. He’s the wide-eyed innocent in that equation, which seems pretty realistic! From what I’ve seen with boys — and I’m not a very forward person — but it seems when girls assert themselves like that boys are like, “WHAT?!” it’s pretty realistic in that way!

A lot of that sort of take-no-prisoners approach she seems to have learnt from her father.

KD: Yeah, it’s interesting she chooses to live with her dad after what happened with her parents — that’s not usually the way that happens. It’s revealed in the movie that her mom cheated on her dad but regardless, he’s an alcoholic, so it’s interesting that it’s her decision and I think she feels like she understands her dad completely. She feels like maybe he’ll get through it, you know, and she doesn’t want to leave him. And they’re very similar, too, she and her dad are very similar.

KD: Well that’s the thing; Susan just can’t understand why her dad would object to Charlie because to her he’s just the nicest person in the world. It’s just not fair. What I discussed with John, the director, about her history with boys was that maybe she’d had a few boyfriends in the past who were way worse than Charlie and I think that’s why her dad is suspicious of him from the start. And then Charlie upsets her dad because the two of them are butting heads and they’re both end up in an adult position to the students, which is weird for her dad.

But it’s ridiculous because in her mind Charlie’s never done anything wrong — well, I suppose she knows he has done something wrong, but he’s a good person and it’s ridiculous to her that her dad is so objecting.

Playing those scenes with an actor like Robert Downey Jr. must be something of a career highlight.

KD: It was wonderful, we really got along and he’s a wonderful person and it’s impossible not to feel — and this is an actor-y term — in the moment with him because he’s so good. But it’s not that it’s even a calculated kind of good with him, he’s just so free. It comes out with him and it seems effortless; and it’s incredible to see.

But I never felt any pressure and perhaps I should have felt pressure, but I felt very comfortable with him and we just let what happened happen and I felt like we were kind of related. We actually look alike in a weird way, which sucks for me because he’s a very handsome manly man! We had a kinship that was very valuable to me.

Have you seen Iron Man yet?

KD: Not yet, oh God! I’m dying to; you see the trailer on Apple a year before and you just go, “OH MY GOD!” You can’t wait. So that and The Dark Knight – I’m freaking out!

So you’re a huge comic book movie fan then?

KD: Oh I’m a huge comic book movie fan. I was more about the movies than the comic books but my older brother was a giant comic book, action figure guy growing up so I’ve had the full education and I’m just obsessed with it now!

I’m so excited for that movie, I’ll tell you. I’m going to be one of those people turning up at the theater with a helmet on, I swear to God! 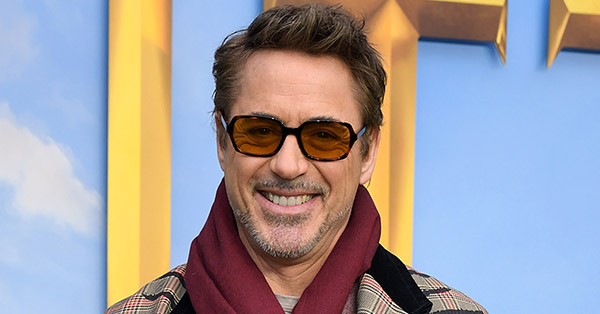 Robert Downey Jr. Heads to His First Starring TV Role in The Sympathizer