Robert Redford Taking A Walk in the Woods

Adaptation of Bill Bryson's '98 classic is back on.

The best remedy for critical drubbings and box-office indifference — at least for Robert Redford, whose Lions for Lambs endured both in the final weeks of 2007 — just might be A Walk in the Woods.

According to The Hollywood Reporter, Redford’s on-again, off-again adaptation of the 1998 Bill Bryson travelogue is on again, this time with Barry Levinson attached to direct. Redford will produce and star as Bryson. At one point, it seemed as though Paul Newman was likely to co-star, but this is apparently no longer the case.

The bestselling book chronicles — in typically droll fashion — Bryson’s attempts to hike the Appalachian Trail with a friend. (We don’t want to spoil the ending for you, but the trail is 2,100 miles long, and neither Bryson nor his hiking companion were young men at the time of their trip.)

Settling on a script now becomes the issue for Redford, who is no stranger to the pitfalls of literary adaptations; he spent years in an ultimately ill-fated attempt to bring Robert Pirsig’s Zen and the Art of Motorcycle Maintenance to the screen. The writers’ strike is slowing things down, of course, and according to the Reporter, Redford could first end up filming “an untitled Jackie Robinson project” that would find him starring as Brooklyn Dodgers manager Branch Rickey. 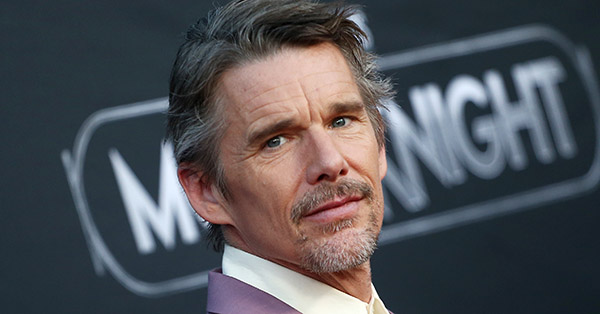