Resident Evil: The Final Chapter Will Please Fans but Few Others

Plus, Gold only sort of glitters, A Dog's Purpose is heart-tugging hokum, and Riverdale is Certified Fresh.

This week at the movies, we have the putative conclusion to a long-running post-apocalyptic action series (Resident Evil: The Final Chapter, starring Milla Jovovich and Ali Larter), canine reincarnation (A Dog’s Purpose, starring Britt Robertson and Dennis Quaid), and a prospecting Matthew McConaughey (Gold, co-starring Édgar Ramírez). What are the critics saying? 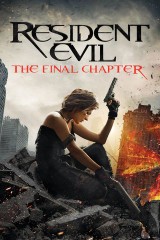 After six installments spread out over 15 years, the Resident Evil franchise arrives at its promised conclusion this weekend with the suitably titled Resident Evil: The Final Chapter. Milla Jovovich is back as Alice, along with a handful of series vets, and writer-director Paul W.S. Anderson has promised to bring the sci-fi/horror/action saga “full circle.” As with many long-running franchises, The Final Chapter is a fans-first proposition; critics say for better or for worse — and mainly for the worse, in their opinion — Resident Evil‘s conclusion will probably satisfy those who’ve stuck it out thus far while boring or bewildering everyone else. You know which camp you fall into by now, and you’ve probably already planned accordingly. 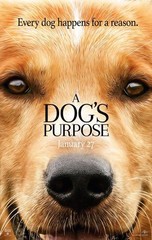 If you want to gin up a little heartstring-tugging drama, just put an adorable puppy in peril — it’s a manipulative formula, but one that’s paid handsome dividends for decades (and made Benji a household name). All of which is to say that critics knew exactly what they were getting when they sat down for A Dog’s Purpose, an adaptation of the W. Bruce Cameron bestseller that takes a dog’s-eye view of reincarnation — and a fair number of scribes readily admit the end results are every bit as emotionally affecting as you might expect. Trouble is, they’re also transparently manipulative. If you have any sort of affection for dogs, in other words, you’re likely to shed a tear or two, but you’re just as apt to resent the way your sympathies have been played in the services of a soapy melodrama. Add its narrative deficiencies to the negative buzz that’s surrounded the movie since some troubling backstage footage leaked, and it’s pretty clear that this Dog don’t hunt. 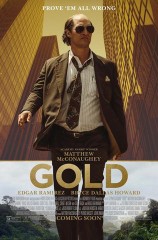 When a star undergoes a noticeable physical transformation for a role, you know they mean business — and as often as not, awards tend to follow. Which brings us to Gold, starring Matthew McConaughey as a down-on-his-luck businessman who convinces a reluctant geologist (Édgar Ramírez) to help him look for the titular stuff in Indonesia… where they actually end up striking a mother lode. Based on a true story, packed with dramatic twists and turns, and starring a paunchy, balding McConaughey, Gold would seem to have all the ingredients of a prestige picture; unfortunately, what looks like a winner on paper doesn’t always add up on the screen, and critics say that’s definitely the case here. Although its star is earning positive notice for his committed performance, reviews describe a picture that’s far too thinly written to take advantage of its leading man’s talents. If you want to see him distort those leading-man good looks in a well-made picture, it sounds like Dallas Buyers Club is still your best bet.

Riverdale offers an amusingly self-aware reimagining of its classic source material that proves eerie, odd, daring, and above all addictive.