This week at the movies, we have an office Christmas party (Office Christmas Party, starring Jason Bateman and T.J. Miller), a lobbyist in for the fight of her career (Miss Sloane, starring Jessica Chastain and Mark Strong), and a couple haunted by their ruined marriage (Nocturnal Animals, starring Amy Adams and Jake Gyllenhaal). What are the critics saying? 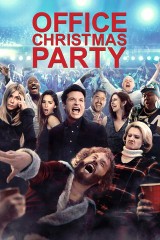 There’s a lot more to a great movie than a talented cast, but rounding up the right people to put in front of the camera definitely counts for a lot — and the folks behind Office Christmas Party got themselves a pretty good head start by assembling an ensemble that includes Jason Bateman, Jennifer Aniston, T.J. Miller, Kate McKinnon, Rob Corddry, Vanessa Bayer, Olivia Munn, and Courtney B. Vance. You’d think putting that many funny people on a set and hatching a plot about an (ahem) office Christmas party would be enough to guarantee laughs, but alas, it isn’t that simple; instead of the raunchy yuletide gut-buster promised by the premise, reviews describe an unnecessarily busy tangle of storylines that’s punctuated by unoriginal gags and topped off with an awkwardly mawkish finale. All things considered, it still might be more entertaining than an actual office Christmas party — but we all know that isn’t necessarily saying much. 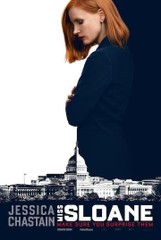 Director John Madden gave Jessica Chastain one of her first big-screen breaks with a role in 2010’s The Debt, and they’re back together again with this weekend’s Miss Sloane. Although Chastain’s star has risen quite a bit since then, the duo still make a good pair — in fact, critics say Madden gets another stellar performance out of his star in this politically fueled drama about a Washington lobbyist who locks horns with the gun industry. It’s a good thing, too, because for all its narrative smarts, reviews describe Miss Sloane as a fairly flawed — and perhaps somewhat dated — look at the American political system whose successes largely stem from its leading lady’s powerful work. See it if you’re a fan or if you have a hankering for some (fictional) D.C. drama, but adjust your expectations accordingly. 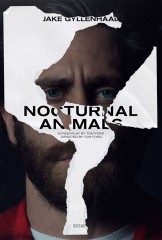 With 2009’s A Single Man, fashion designer Tom Ford made an Oscar-nominated entree into filmmaking — and raised the stakes considerably for his second effort. Happily, Nocturnal Animals mostly avoids falling prey to the sophomore jinx; although critics’ responses have run a bit more of a gamut than they did with A Single Man, this chilly look at a divorced couple (Amy Adams and Jake Gyllenhaal) adds another acclaimed entry to Ford’s budding filmography. Animals‘ nested structure isn’t for everyone — the narrative threads viewers between reality and the story of the novel written by Gyllenhaal’s character — and it certainly isn’t a feel-good affair. But viewers in the mood for a sleekly assured drama don’t have far to look this weekend.