Ebiri talks his favorite Rotten films, movies he loved as a kid, and what he thinks is the best seat in a theater. 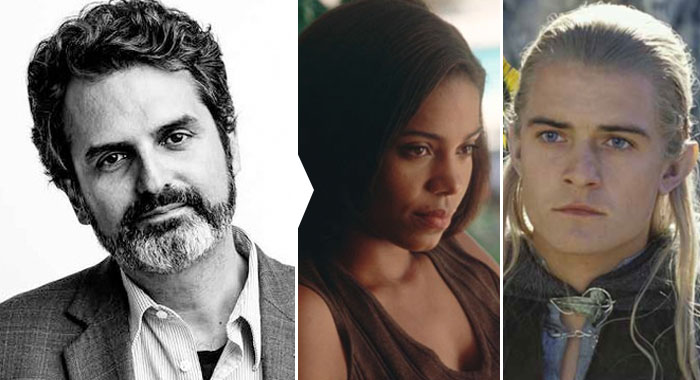 Bilge Ebiri’s interest and diverse taste in film started early. He grew up watching movies that could easily be classified as “movies aimed at kids” – such as Peter Pan and Pete’s Dragon – but he also saw a number of highly stylized and psychologically weighty movies, too, from Apocalypse Now and Aliens to The Deer Hunter.

“I was watching spaghetti westerns from a very young age, I think from third or fourth grade on,” he told Rotten Tomatoes.

The movie he’s seen more than any other is A Fistful of Dollars, a Sergio Leone spaghetti western starring Clint Eastwood: “For a while, every day I would come home and just watch my Betamax of A Fistful of Dollars and eat ice cream,” Ebiri says. “I was a latchkey child, so I was just at home doing this by myself while my parents were at work.”

Now, he is excited by Gina Prince-Bythewood’s films (which he believes deserve greater recognition), and intrigued by the works of Lars von Trier (“He’s certainly made bad movies, but he’s never not made an interesting movie,” he says) and Zhang Yimou, some of which Ebiri considers “eternal masterpieces” while others are “middling.”

Bilge Ebiri is a movie critic at Vulture and former lead critic at Village Voice. His reviews have been published in the New York Times and Rolling Stone, among others.

What do you think makes a good movie?

Oh, I can’t answer that. It’s all sorts of things. Anything I say would be wrong.

There’s not a one-size-fits-all model.

There are certain things that make one movie good, and then those same things can make another movie bad. There’s no way to answer that question without talking about a specific movie.

What do you think is the biggest misconception about critics?

There are two misconceptions about critics and they’re slightly at odds with each other. One of them is, “Well, all you have to do is watch movies, what a cushy job you have.” And the other one is, “Do you even like movies?” Both of these misconceptions are wrong, and they’re wrong in different ways.

And as far as not enjoying movies – different critics are different obviously, but I think most critics, when they go into a film, are looking forward to it. Sometimes you can enjoy the time you have at a movie without necessarily enjoying the movie or without necessarily thinking the movie is all that great. That’s why so many of us love the theatrical experience, even after all that – because in the end, we love the experience of seeing the movie, even if the movie itself isn’t great.

Who is an up-and-coming critic that you want people to check out? “Up-and-coming” is also obviously up for interpretation.

That’s the thing that I’m struggling with because I’m 47 years old. A lot of people are up and coming to me even though they’ve been doing this for a long time…

Monica Castillo is a critic I really like and she’s a friend. And she’s been around for a while. I don’t think of her as a newbie or anything like that, but she’s younger and she’s somebody who I feel deserves to write more and be better known. 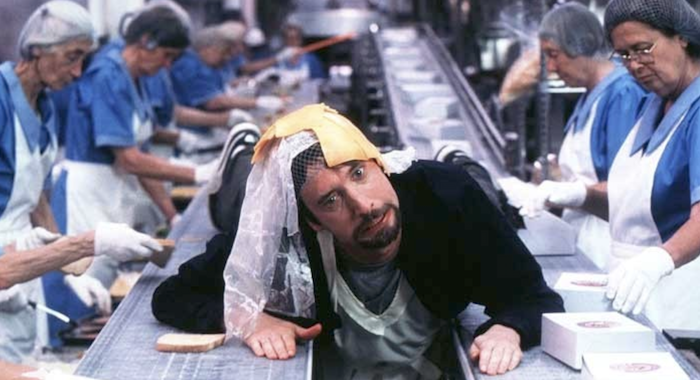 What’s a Rotten movie that you love?

I find myself often in circumstances where I will love movies that get trashed. The Vacation remake from a few years ago with Ed Helms I thought was just one of the funniest films I’d ever seen, and that was just widely loathed by people. Freddy Got Fingered – everyone hated it at the time, although it has since become a classic. And now all you hear about is all the people who love it, but they were nowhere to be found back then, except I think A.O. Scott liked it.

Is there an actor or a director or a screenwriter that no matter what they make, you’re excited to see it and you tend to like their work?

What is your favorite childhood film?

I had different movies that I loved growing up. I was a big fan of Walt Disney’s Peter Pan. But I was a big fan of that movie before I actually got to see it because it was impossible to see in Turkey when I was growing up and I saw it later. When I was 13 years old, Aliens was my favorite movie for about a year. The Star Wars movies certainly had quite an effect on me.

What is your preferred seat in a movie theater?

Is that because you like to have the screen take up your entire field of vision? What do you like about sitting up close?

But as a critic, I will say, sitting up close, especially if you’re close enough to the screen, has another side advantage, which is you can use the light from the screen to see what’s on your notepad. I found that that’s actually very helpful.

So you take notes when you’re watching movies?

I hate taking notes, but I feel like sometimes I have to.

Do you have a record for the most movies that you’ve watched in a day?

I don’t keep score. I know I have watched more than six movies in a day at some point. 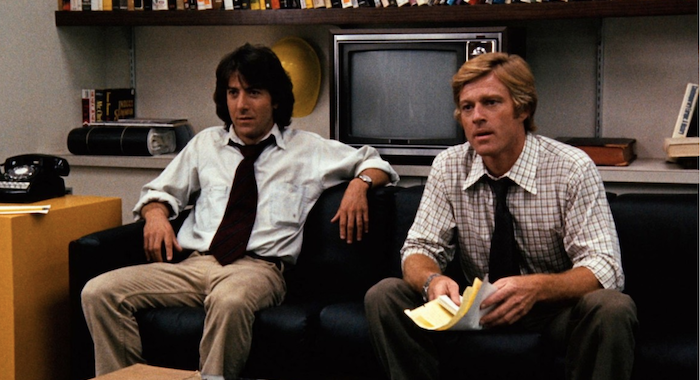 What do you consider required viewing?

It’s one of those films that is a very interestingly made movie. It’s also about an important period in American history. And it’s the kind of thing that when you watch it, you realize how much we lose by the slow death of journalism and the death of a particular kind of accountability in politics. But it’s also just a really well-made film. It’s a film where, if you watch it, you’ll walk away from it, I think, with all sorts of fascinating questions, not just about the subject matter, but also about how that film does what it does. And it’s a great time capsule.

I don’t even know if it was ultimately a review, but writing about Jean-Luc Godard’s The Image Book at Cannes. Actually, it was funny because I had just seen the movie, and Godard is one of my favorite filmmakers. I’ve written about him plenty of times, so it wasn’t like I was intimidated by Godard. But I remember there was a certain point, it was early at Cannes, and I remember I emailed my editor and I just said, “I can’t do this. I should just leave the festival. I don’t think I’m going to be able to do this.” And he was like, “What the f–k are you talking about?”

I hadn’t been assigned anything. It wasn’t like I had to review this movie. But I felt obligated to review it. And I just couldn’t. And I thought about it and then I actually met with another critic with whom I had an interesting conversation about the film. And I did wind up writing about it and I thought the piece turned out okay. Honestly, you shouldn’t have to ever write about a film like that after just one viewing.

Bilge Ebiri is a movie critic at New York Magazine‘s Vulture. Find him on Twitter: @BilgeEbiri.