Kingsman: The Golden Circle Is a Flat Follow-Up

Plus, The LEGO Ninjago Movie stumbles, Friend Request is worth ignoring, and Stronger and Battle of the Sexes are Certified Fresh.

This weekend at the movies, we have a sequel-sized dose of over-the-top spy action (Kingsman: The Golden Circle, starring Taron Egerton and Julianne Moore), the expansion of a cinematic universe built from plastic bricks (The LEGO Ninjago Movie, featuring the voices of Dave Franco and Justin Theroux), and your aunt’s worst fears about social media come true (Friend Request, featuring the voices of Alcia Debnam-Carey and William Moseley). What are the critics saying? 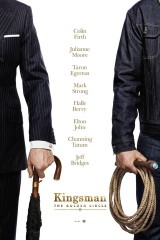 He may not be a household name for non-comics readers, but Mark Millar’s work has inspired a growing number of screen adaptations, including Wanted, the Kick-Ass franchise, and Kingsman: The Secret Service — which gets its own sequel this week in the form of Kingsman: The Golden Circle. Another gleefully over-the-top sendup of the spy thriller genre, this installment keeps its tongue firmly in cheek while upping the action, doubling down on the heavily stylized violence, and reuniting members of the original cast (some of whom seem to be blithely disobeying the laws of nature). Sadly, critics say it all adds up to a disappointingly hollow spectacle; although diehard fans of the first film and viewers in the mood for cheerfully tasteless humor might find it worth a trip to the theater, this Kingsman‘s mad dash to outdo its predecessor comes at the expense of the infectious spirit that made it a hit. 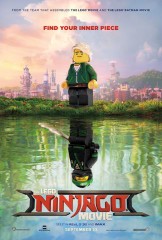 It was awfully easy to be cynical about the idea of The LEGO Movie, but the film’s clever humor, infectiously anarchic spirit, and eye-catching animation proved you can turn a feature-length toy commercial into compelling — and even downright moving — viewing. Three years later, we’ve got ourselves a whole LEGO cinematic universe, which expands to include one of the plastic brickmaker’s more popular offshoots with this weekend’s The LEGO Ninjago Movie. Based on the Ninjago toy and TV mythology, which is too elaborate to delve into here but involves the ninjas and dragons so beloved among the target LEGO demographic, this spinoff follows the adventures of six teens (led by Dave Franco) determined to thwart an evil warlord (Justin Theroux) with the help of their wise Master Wu (Jackie Chan). It’s just the type of self-affirming quest we’ve seen plenty of times before, in other words — and exactly the kind of formula previous LEGO outings have effectively tweaked. Unfortunately, that streak stops here: reviews describe an animated adventure that isn’t quite fun or funny enough to disguise its overall familiarity with earlier LEGO films, and more than a few critics have argued that without a creative shakeup, the franchise could be in trouble. That being said, the target demographic should still find it perfectly entertaining, so prepare to purchase matinee tickets… and field requests for a few Ninjago sets after the end credits roll. 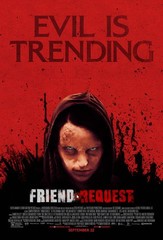 Between FOMO, political arguments, and managing overlapping circles of occasionally contentious relationships, social media can certainly feel like it’s bad for your health. But in Friend Request, it’s straight up fatal — at least for Laura (Alycia Debnam-Carey), a college student whose busy social life takes a dark turn after she adds a mysterious young woman (Liesl Ahlers) to her online circle. There’s the gem of a nicely novel wrinkle in the old nubile slasher formula here, but critics say the movie doesn’t take it anywhere near far enough, content to settle for yet another unremarkable addition to the long list of movies about attractive young people meeting grisly fates. In the context of the genre, the reviews are far from the worst one might expect, but all things considered, this is a Friend Request you might be better off ignoring.

By voluntarily blowing up its premise, The Good Place sets up a second season that proves even funnier than its first.